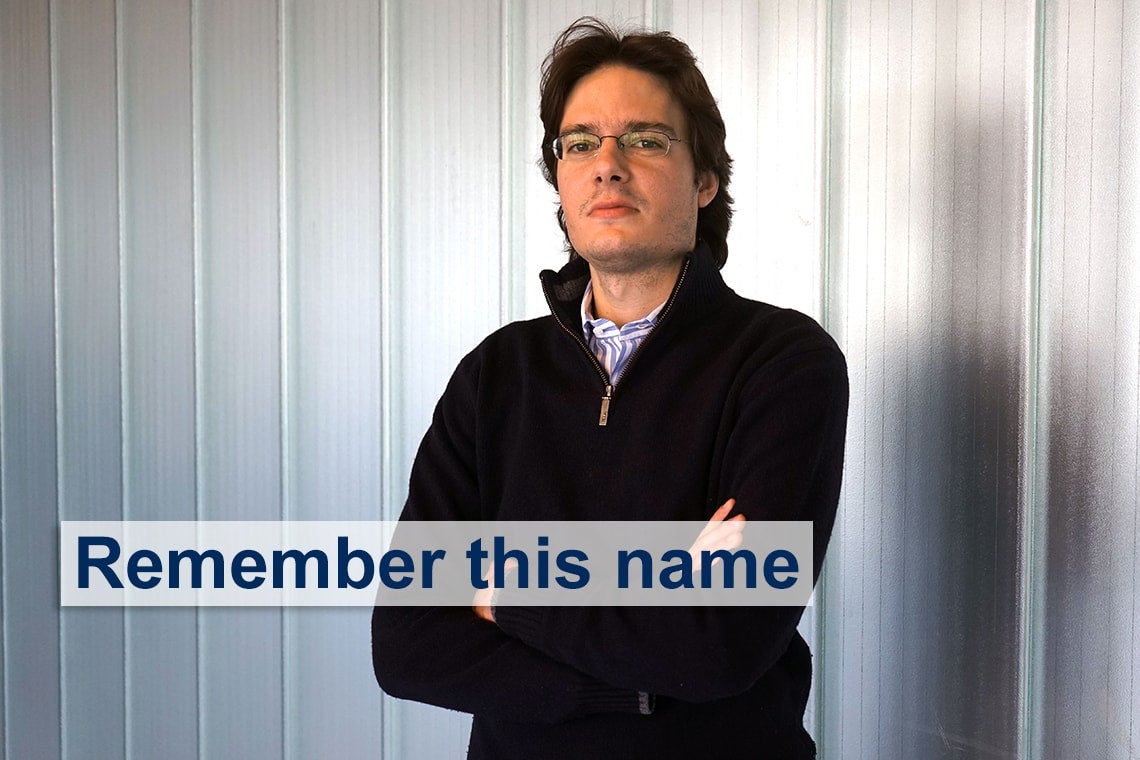 After a Natural Sciences and Engineering Research Council of Canada (NSERC) post-doc at U of T, Riccardo Comin joined the Massachusetts Institute of Technology's physics department (photo by Marit Mitchell)

More than a century later, former U of T post-doctoral researcher Riccardo Comin is at the forefront of trying to find a superconductor that can operate at everyday temperatures.

Nailing such a discovery would open up virtually endless possibilities, ranging from “power grids that never lose energy and cheap water purification systems to magnetically levitating vehicles,” according to a Wired magazine article about Comin.

Comin came to U of T as a Natural Science and Engineering Research Council of Canada (NSERC) post-doctoral fellow. He worked with Ted Sargent's Sargent Group to develop more efficient solar cells, winning the 2015 John Charles Polanyi Prize for Physics. Last year, he became an assistant professor of physics at the Massachusetts Institute of Technology.

Comin is one of a new generation of thinkers transforming research across the globe. They come from all corners of the world to do their PhD or postdoctoral research at the University of Toronto, drawn by the chance to work with the leading experts in their fields.

In the first instalment of a new series from U of T News, we turn the spotlight on Comin. Below, he talks about his career trajectory – and how the post-doc at U of T set him up for the next step.

Could you describe your research in laymen's terms? Are you still working on superconductors and creating more efficient solar cells?

I am primarily focusing on eviscerating the secrets of high-temperature superconductors, which are fascinating but also very complex systems. On the front of solar cell research, I am not directly engaged with developing or testing new devices but remain very involved on the synthesis and characterization of those halide perovskites that have made the headlines in the photovoltaic research community in recent times

What drew you to physics?

The possibility of studying and understanding nature using mathematics. I have always been very passionate about math, but I became particularly intrigued in the use of mathematical tools to describe physical phenomena. Also, pursuing physics seemed like an opportunity to satisfy my own curiosity toward the mysteries of the physical world, while at the same time helping develop the foundations of future technologies. 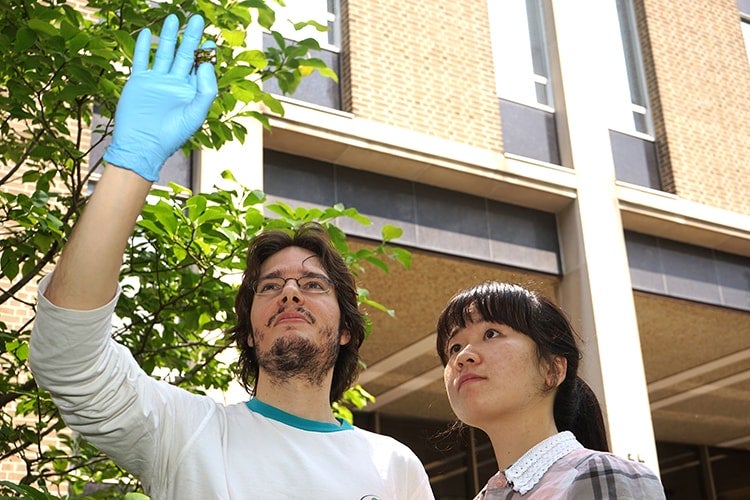 Riccardo Comin and Xiwen Gong, a PhD candidate with the Sargent Group (photo by Marit Mitchell)

Why did you come to U of T after obtaining a doctorate in Vancouver?

I wanted to explore a more applied side of science – see what it takes to take rational understanding and convert it into functional devices or tools, or in general into technologies that could serve society.

What did you like the most about U of T?

The very dynamic research environment and opportunities to connect to researchers and professionals from very different but intertwined fields in both fundamental and applied science. Also, I have to add the centrality of the campus in the downtown area (we particularly enjoyed the proximity to many restaurants and bars in the Kensington Market and Baldwin Street area).

How did your post-doc here prepare you for what came next in your career?

Besides nurturing my expertise in materials synthesis and characterization, my postdoctoral experience at U of T gave me the opportunity to manage projects in a semi-independent way, an aspect which is crucial for my current job.

Also, in the setting of the Sargent Group, I had the chance to learn how to present concepts and ideas to a broader public.

What did you do at U of T when you weren't doing research?

We did travel quite a bit in the surrounding areas – Muskoka, Prince Edward County, Niagara Peninsula – or searched for some more tranquil spot in the city where to unwind from the fast-paced urban environment. Toronto Island was one of our favorites.