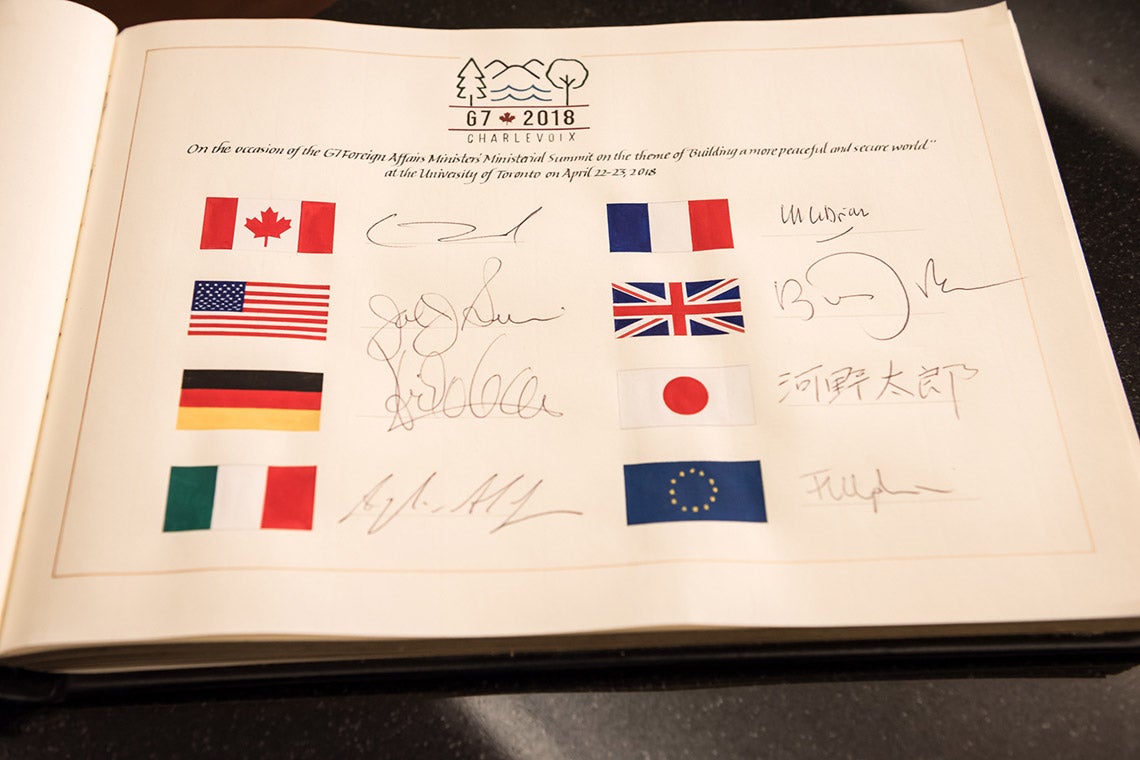 Wondering about the black motorcades, the security detail and the media blitz around the University of Toronto’s downtown Toronto campus?

The G7 foreign ministers were in Toronto on Sunday and Monday, with U of T being the principal site of closed-door meetings. The foreign ministers and security ministers from the world's leading industrialized countries – Canada, France, Germany, Italy, Japan, the United Kingdom and the United States – met over two days in the runup to the G7 leaders’ summit in June in Charlevoix, Que.

G7 foreign ministers had a host of concerns on the agenda, including the conflict in Syria, the nuclear standoff with North Korea, political problems in Venezuela, the Rohingya refugee crisis, and Russia’s suspected involvement in the nerve agent attack in Britain and alleged interference in the U.S. and French elections. 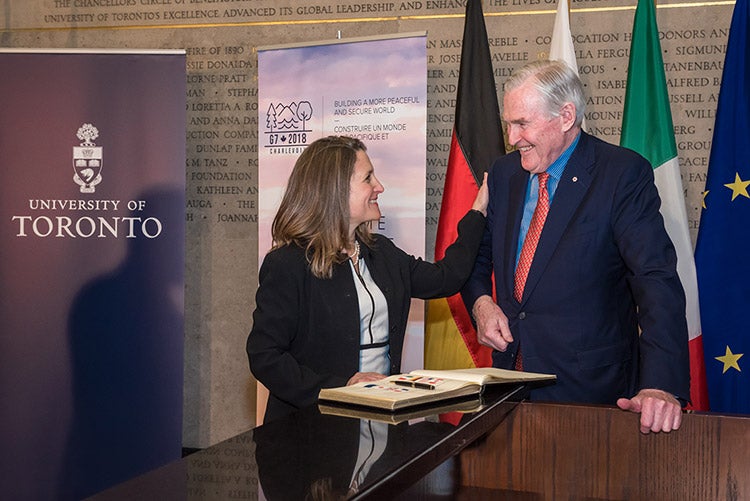 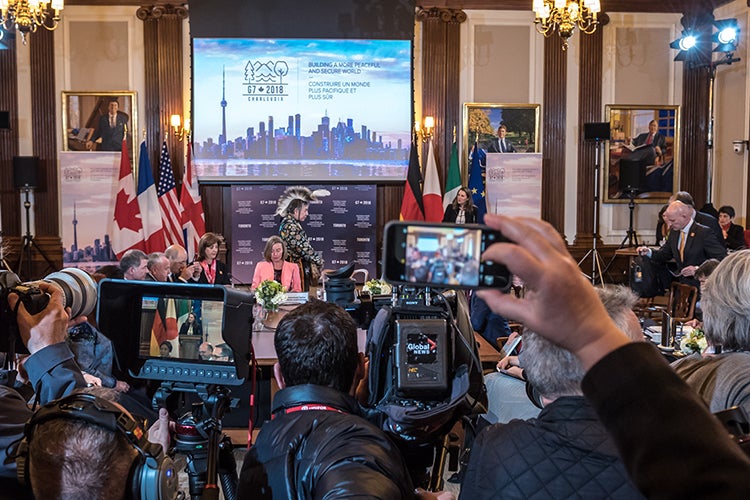 Elder Garry Sault, Ojibway Elder of the Mississaugas of the New Credit First Nation, begins with a blessing for Sunday's session of the G7 foreign ministers in Governing Council Chambers (photo by Lisa Sakulensky) 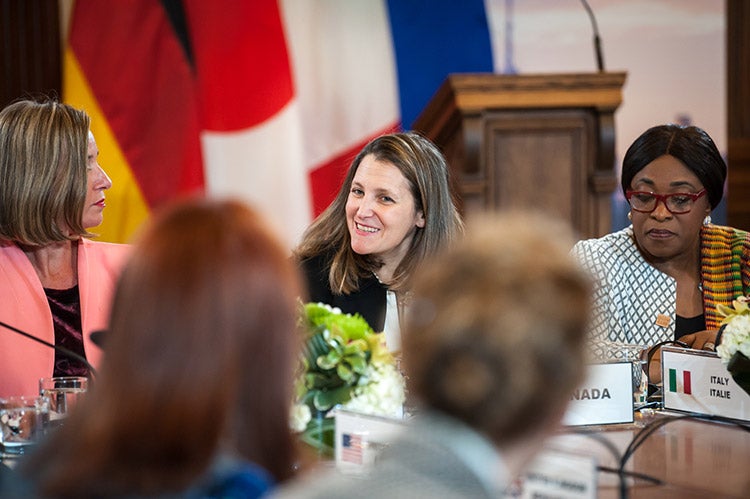 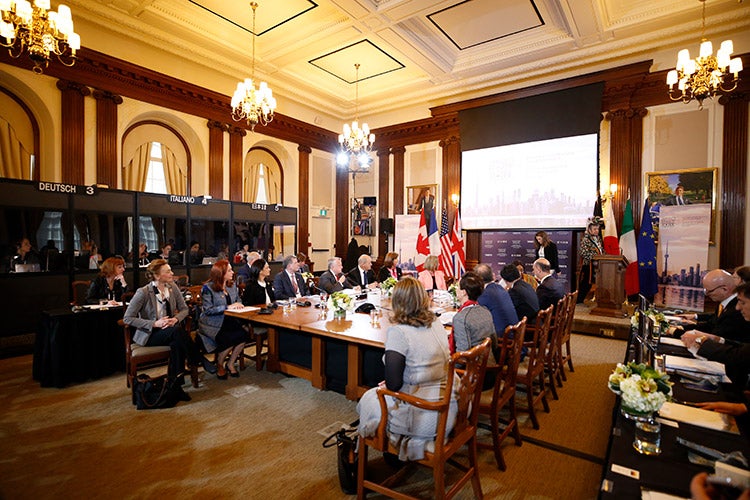 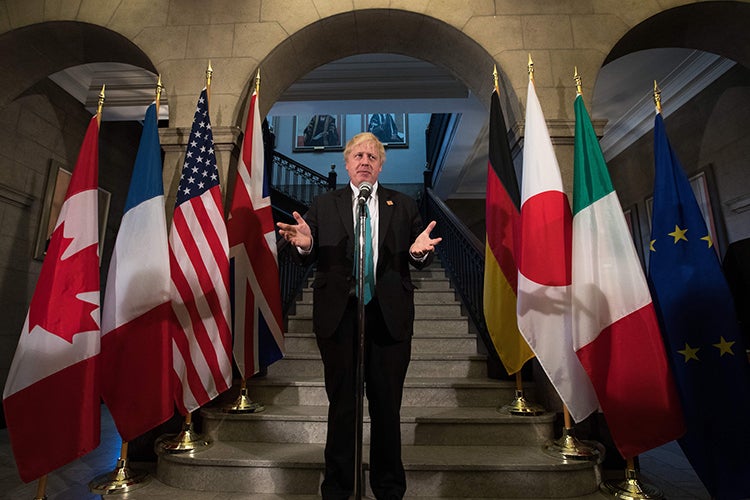 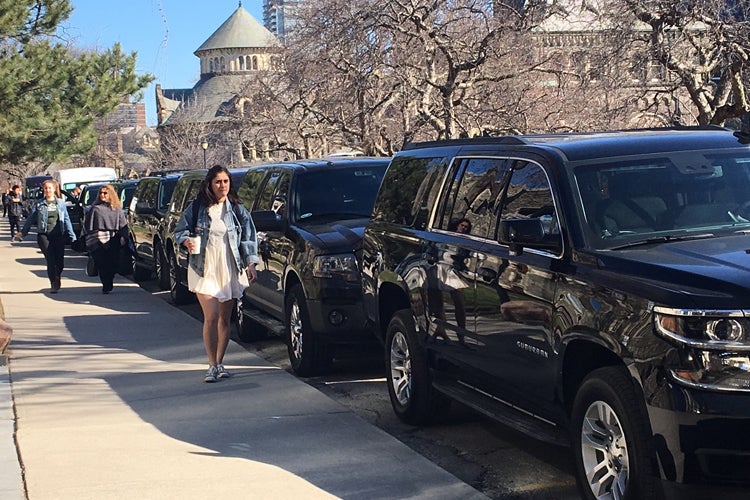