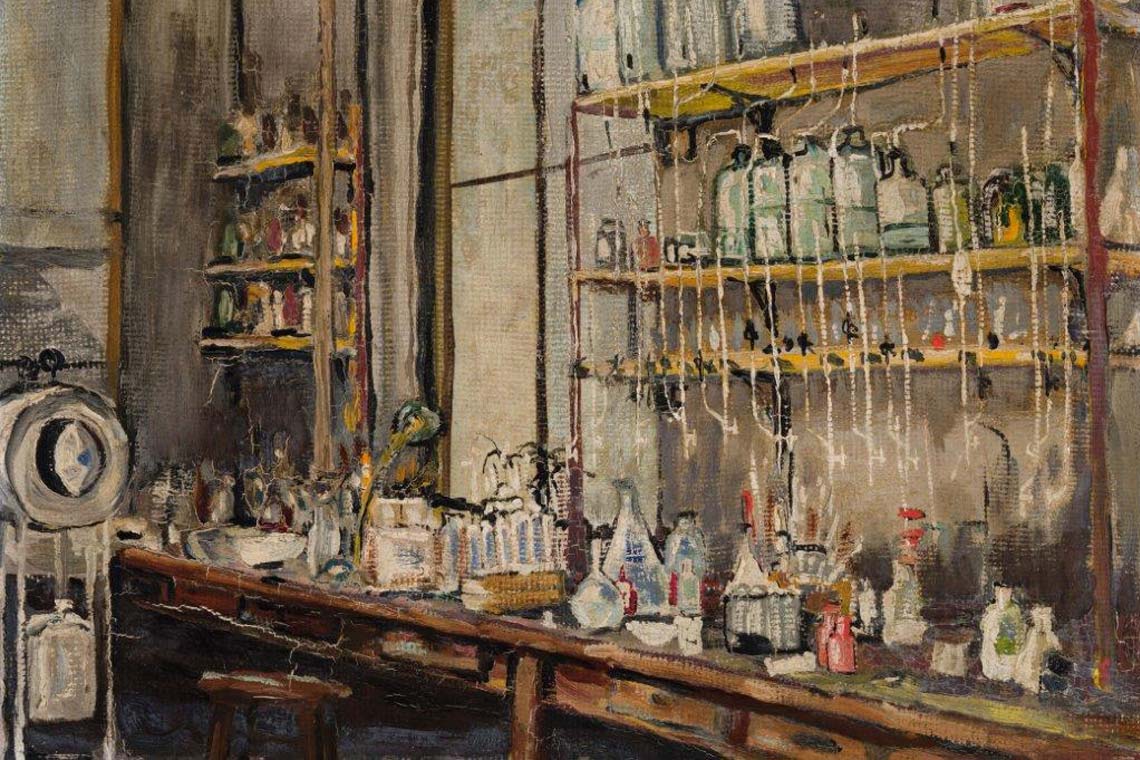 History was made at a University of Toronto lab in 1921 when physician Frederick Banting and researcher Charles Best discovered insulin – transforming the lives of people living with diabetes and earning the scientists the Nobel Prize in Medicine.

Next month, one lucky bidder will be able to take home a piece of that historic moment.

The Lab, a 1925 painting by Banting depicting the lab where insulin was discovered, will be up for auction by Heffel Fine Art Auction House on Nov. 21.

“When you hold this painting, you really feel like you’re holding a piece of history,” Heffel president, David Heffel, told the Canadian Press.

“Foremost, it’s a great painting by one of Canada’s great painters, but also, that great painter was a Nobel Prize-winning medical scientist.”

The auction house will be donating its commission from the sale to U of T’s Banting & Best Diabetes Centre.