Outdated understanding of psychopathy impairs treatment, contributes to stigma: U of T researcher 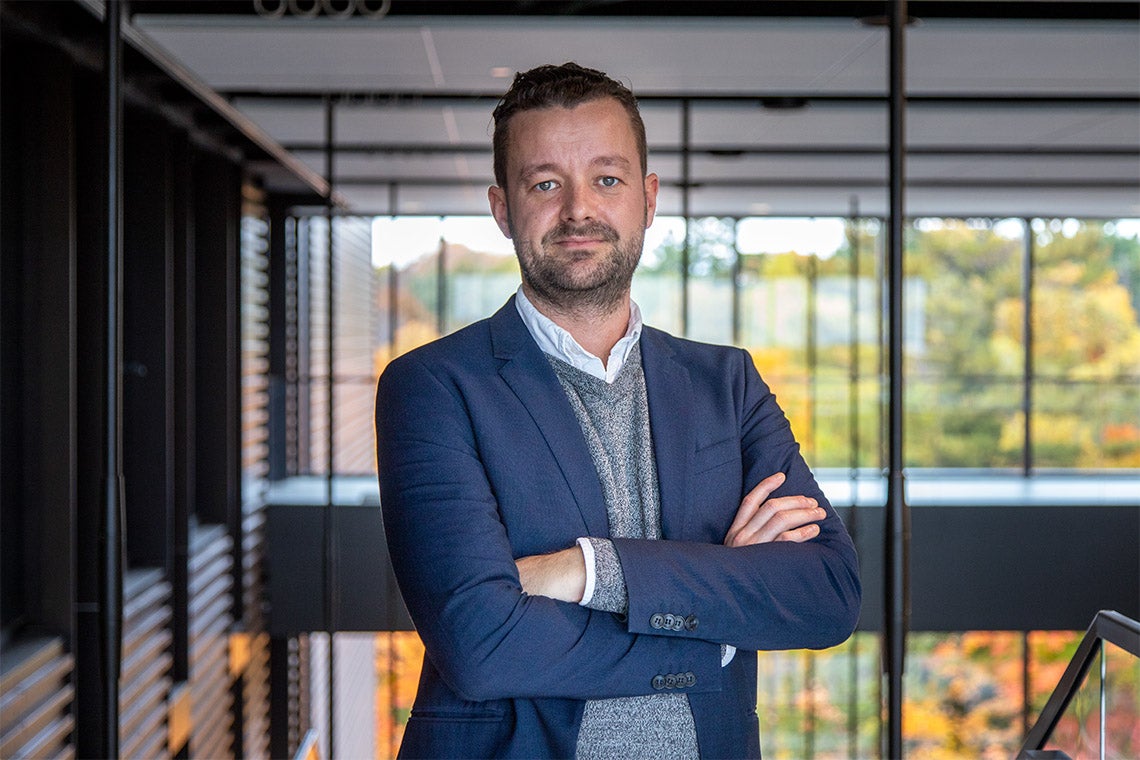 Rasmus Rosenberg Larsen, a lecturer at U of T Mississauga, reviewed decades of Canadian studies of psychopathy and concluded there is little scientific evidence to support commonly held theories about the condition (photo by Drew Lesiuczok)

Psychopathy is one of the most widely recognized psychiatric diagnoses in popular culture, but a University of Toronto researcher says it’s time to reconsider what we think we know about the condition.

“A lot of what people understand about psychopaths is not really rooted in research reality,” says Rasmus Rosenberg Larsen, a lecturer in philosophy and forensic science at U of T Mississauga.

“I’m interested in analyzing the degree to which scientific theories in psychology promote a message that is valid,” he says. “Are we certain that what we are saying, from a psychological perspective, is communicating something that is truthful?”

Larsen’s research analyzes decades of Canadian studies of psychopathy and concludes that there is little scientific evidence to support commonly held theories about the condition. Having a reliable method to identify a psychopathic personality is important for harm reduction, predicting future behaviour and developing mental health treatment strategies, Larsen says. His work raises important ethical questions about the forensic diagnosis of psychopathy, which can impact treatment approaches, sentencing decisions and more.

To diagnose psychopathy, mental health professionals administer the Hare Psychopathy Checklist-Revised (PCL-R), a standardized assessment tool developed by Canadian psychologist Robert Hare in the late 1970s. The checklist, colloquially referred to as “the psychopath test,” scores participants on social behaviours and personality traits, such as impulsivity, aggression, persistent criminal behaviour and empathy. An average person would score 5 or 6, while those who score 25, 30 or higher are diagnosed with psychopathic personality disorder.

Hare developed three main theories to define a psychopathic personality. According to Hare, a high score on the PCL-R correlated to a higher-than-average rate of criminal recidivism. Hare also theorized that psychopathy was correlated with an inability to understand fundamental moral norms, and that psychopaths cannot be rehabilitated – and may become worse – with psychiatric treatment.

Larsen’s work, which was published in a recent issue of the Kennedy Institute of Ethics Journal, challenges these theories.

“There was no evidence for the hard claim that a psychopath cannot be treated successfully,” he says. “There was also no evidence that treating a so-called psychopath will result in faster recidivism or that they will be worse afterwards. In fact, there is a growing body of evidence to suggest that conventional treatment programs have positive impacts on psychopaths. This is important because it informs how we prioritize treatment and rehabilitation efforts.

“The implications of these theories reach deep into the justice, forensic science and mental health-care fields, and can contribute to a lasting stigma for those who receive the diagnosis.”

Larsen notes that a diagnosis of psychopathy can play a part in determining criminal sentencing, psychiatric treatment approaches and even child custody arrangements.

“Chronic future risk is one thing that a psychopathy diagnosis communicates, but there is evidence that a person will score differently on the PCL-R depending on whether it is the prosecution or defense who hires the psychologist. My analysis looks at whether it’s reasonable to suggest that this could or should have an influence on those decisions.”

Larsen says that the evidence – or lack of it – raises questions about whether the very concept of psychopathy is outdated.

“If a diagnosis of psychopathy is not a good predictor of violence and is not necessarily useful in treatment amenability, if psychopaths don’t really have a substantial impairment in moral psychology, what are we really saying? I think it’s reasonable to suggest that this must discussed very carefully by field practitioners.”