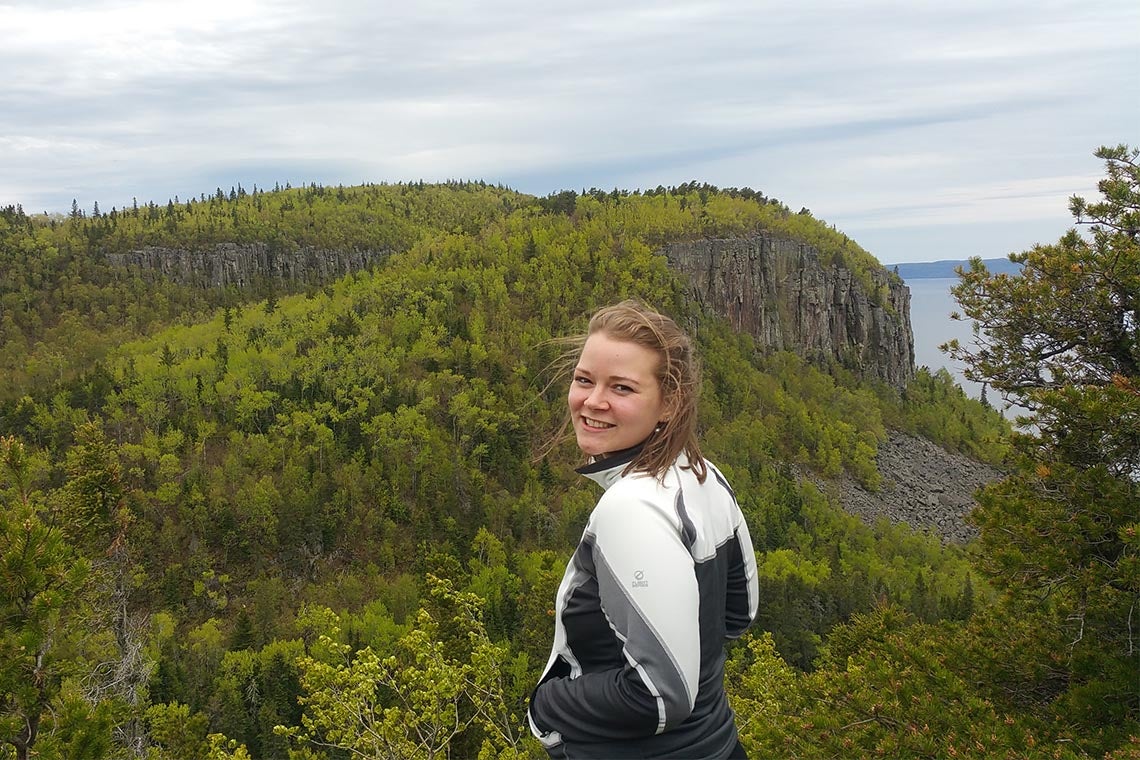 Emma Koivu is taking an opioid use disorder treatment course from her hometown of Thunder Bay, Ont., where she is doing a fourth-year rotation (photo by Patrick Callan)

Emma Koivu doesn’t need to read about the opioid crisis in textbooks or hear about it on the news to understand the severity.

The University of Toronto student in the Leslie Dan Faculty of Pharmacy sees it everyday in her community.

“The opioid crisis is very prevalent up here,” says Koivu, who is currently doing a fourth-year rotation in her native Thunder Bay, Ont.

In 2018, there were 44 opioid-related deaths in Thunder Bay – a 42 per cent increase from the previous year.

“Through my years as a pharmacy assistant and as a pharmacy student, I’ve always known that, as a pharmacist, I would be dispensing methadone and suboxone for opioid use disorder treatment,” says Koivu.

That’s one of the main reasons Koivu was thrilled when she heard the Centre for Addiction and Mental Health (CAMH) is offering an Opioid Use Disorder Treatment Course for the first time – and for free – to fourth-year Doctor of Pharmacy students at U of T.

“I always planned on taking this course, but because of the cost and student loans I wouldn’t have taken it probably for a few years even though I would have been practising with patients with opioid use disorder,” Koivu says. “This gets me that knowledge a lot sooner.”

Emma especially likes the live webinars. She’s attended two so far: one with a physician and one with a patient.

“They’ve been really good because it gives you the perspective from the physician and the patient, and you know these are real people, not just a scenario,” she says.

Koivu also really likes how the course focuses on the importance of inter-professional collaboration.

“As pharmacists, we’re the ones dispensing methadone and suboxone to patients on a daily or weekly basis and we’ll often detect things we can communicate to physicians that they might not have otherwise picked up on – like if a patient is missing doses.” 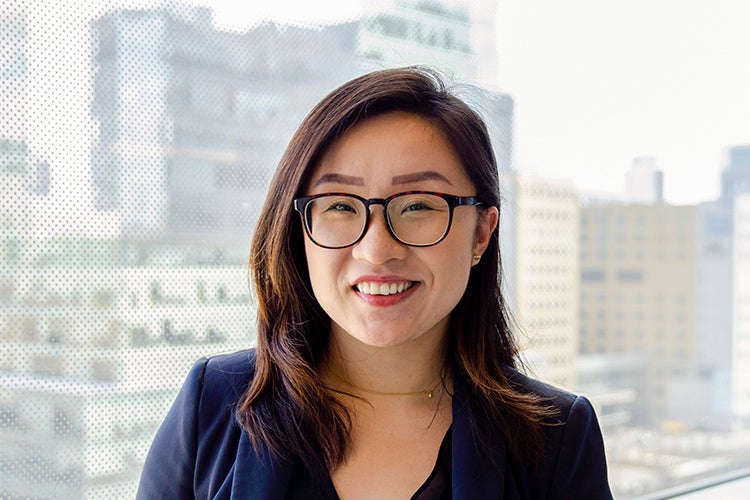 Maria Zhang, an adjunct lecturer, clinician educator and advanced practice clinical leader at CAMH and U of T, says the course was made available for free to fourth-year U of T pharmacy students to provide them with in-depth opioid training earlier in their career (photo by Steve Southon)

Maria Zhang, an adjunct lecturer, clinician educator and advanced practice clinical leader at CAMH and U of T, says demand for the course has been high among practising pharmacists. In this first offering to students, more than 200 of the 240 fourth-year pharmacy students have enrolled.

“We typically offer this course to practising clinicians,” says Zhang, one of the course instructors. “This year, with the generous support from CAMH Education, we’ve made it available for free to fourth-year pharmacy students to get them this in-depth training earlier in their career.”

Zhang says the course builds on existing content taught at U of T to give pharmacy students the confidence and competence in working with patients who are already receiving treatment for opioid use disorder, or may be displaying early signs of it.

“With their additional training, they’ll be able to navigate challenging situations, such as cases of intoxication or relapse, with openness and respect,” she says.

By providing a multi-faceted view of opioid addiction, Zhang hopes the course will also encourage pharmacy students to play an increased advocacy role.

“Hopefully they’ll have a better understanding of the patient’s experience – and if they work in a setting that doesn’t yet treat patients with opioid use disorder, they can advocate for timely access to evidence-based treatment,” she says.

Koivu adds that there’s a lot that goes into safely treating patients with opioid use disorder, and that it’s important for pharmacists to know how to do it properly.

“Being on the front line, pharmacists have a really important role to play in treating patients with opioid use disorder,” says Koivu. “This course will definitely help me in that role, as well as everyone else who takes it.”