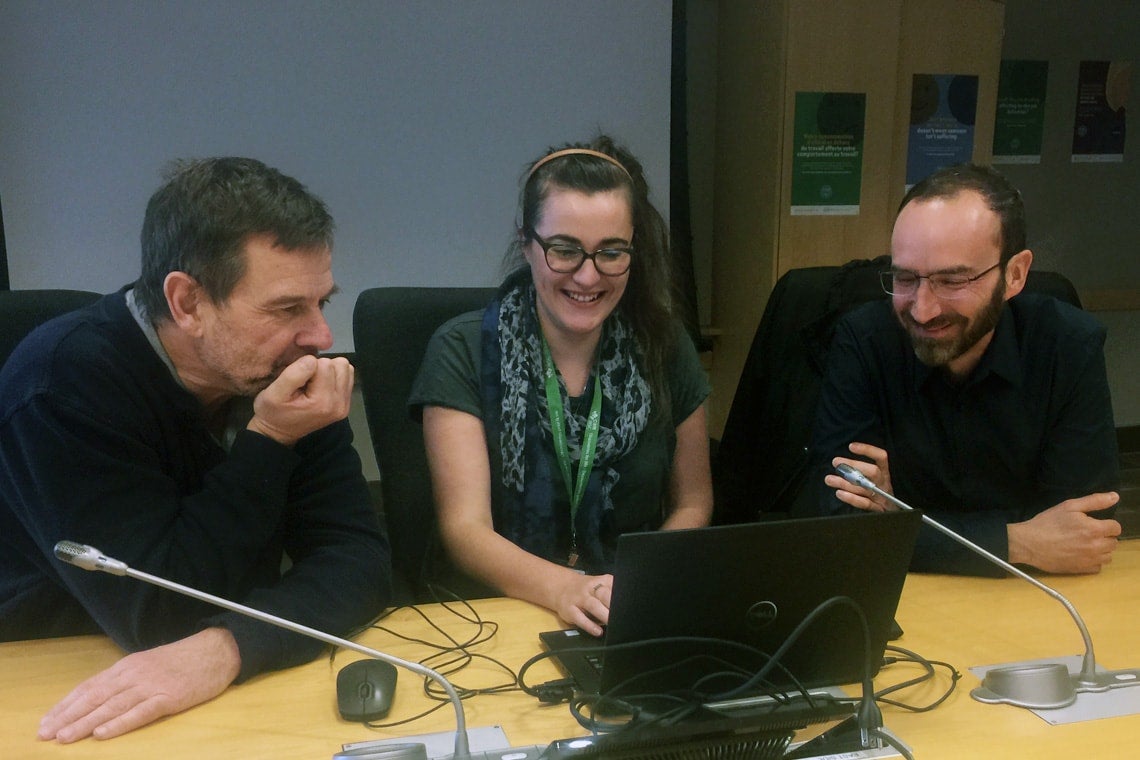 About 20 scientists affiliated with a University of Toronto research organization have agreed to publish their lab notes in real time, a groundbreaking move aimed at hastening the discovery of new medical treatments.

The researchers, who work on some of the most untreatable diseases, such as ALS and rare children’s brain tumors, are part of the Structural Genomics Consortium (SGC), which has laboratories  at U of T and McGill University in Canada, and laboratories in Europe, the U.S. and South America.

“It can take many years from the time a researcher makes a discovery until it is published,” says Aled Edwards, a professor in U of T’s department of molecular genetics and the head of the genomics consortium. “These delays are too long considering the rate at which science is progressing today. How many roads were not taken in those two years?”

Traditionally, scientists have guarded their lab notes, not wanting to disclose important results until they can be published in peer-reviewed journals. In the publish-or-perish academic climate, researchers worry their ideas might be copied by others who might rush to publish first.

But Edwards has long pointed to evidence showing that competition, secrecy and patents are bad for both patients and scientific progress.

Meanwhile, advances in technology that enable sharing are disrupting the scientific publication industry.

“Sharing may be a risk for an individual scientist, but it benefits the wider scientific community.  Not only positive data need to be shared, but also experiments that don’t work. If a particular line of inquiry is not working out, it’s there for all to see, and other researchers can pull up stakes, and pursue another road.”

Not surprisingly, younger scientists are leading the charge to embrace collaboration over competition. In 2016, Rachel Harding, a postdoctoral researcher with the SGC, became the first researcher in the notoriously competitive field of human biology to publish her notes in real time.

She established a website, Lab Scribbles, and began publishing notes from her research on Huntington’s disease, a rare and incurable genetic disorder that destroys brain cells.  Soon after, Tamara Maiuri, another Huntington researcher from McMaster, joined her in blogging results.

“The most exciting thing has been the involvement of other scientists,” Harding says. “We’ve built a network of collaborators who are contributing their scientific expertise as we generate our data in real time. We’re getting input from senior people in the field, critiques on our experiments and what the data means in a broader context. So we’ve been able to advance the science much faster than anticipated.”

Based on Harding’s success, Matthieu Schapira, an associate professor with the department of pharmacology and toxicology, has launched the Extreme Open Science Unit within the SGC. Beginning Jan. 19, a dozen – and soon 20 – scientists from Canada, the U.K., the U.S., Germany, Brazil and Sweden are putting their notes online.

Edwards launched the initiative with a day of roundtable discussions at the Canadian Institutes of Health Research (CIHR) in Ottawa, a meeting hosted by CIHR and the Wellcome Trust. Major philanthropic foundations such as the Gates Foundation will attend or join by teleconference.

Edwards hopes eventually all 200 researchers with the SGC will agree to publish their notes in real time, and that the Open Science movement will help to develop a new, far less protectionist, way of conducting scientific research.

“I think the payback to the public that funds scientific research should be faster,” he says. “If we’re going to find treatments for the toughest diseases that have proven out of our reach so far, we need more collaborators and fewer competitors. I cannot think of any scientific discipline in which transparency makes things worse.”