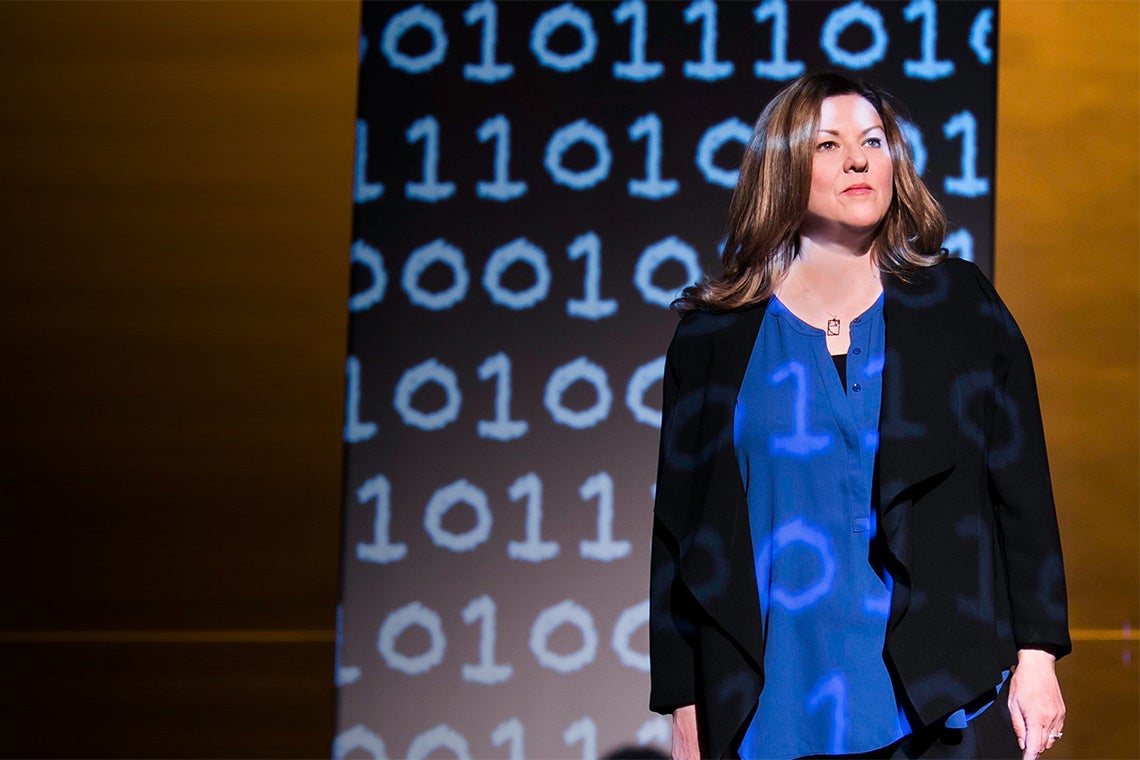 Gioia De Cari will be performing her one-woman show, Truth Values: One Girl’s Romp Through M.I.T’s Male Math Maze, at U of T Mississauga and Hart House on the St. George campus, with discussions to follow each performance (photo by Silvana Ximena)

Transformative artist and “recovering mathematician” Gioia De Cari is bringing her one-woman show to the University of Toronto.

“Truth Values: One Girl’s Romp Through M.I.T’s Male Math Maze” – a critically-acclaimed, award-winning play that brings more than 30 characters to life – tells the true story of De Cari’s experiences as a PhD student at MIT in 1989, and the challenges she faced as a woman in the male-dominated world of mathematics. In the 80-minute solo show, De Cari touches the topics of gender, diversity and unconscious bias in STEM with humour, insight and compassion. 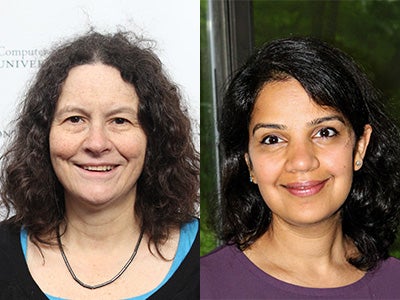 On Thursday, the show will be performed at Hart House on the St. George campus and will be followed by a panel discussion featuring several U of T community members. They include: moderator Maydianne Andrade, a University Professor of evolutionary biology at U of T Scarborough; host Tamara Trojanowska; an associate professor in the department of Slavic languages and literatures and vice-dean, faculty and academic life in the Faculty of Arts & Science; Kelly Lyons, a professor in the Faculty of Information and the department of computer science; Sarah Mayes-Tang, an assistant professor, teaching stream, in the department of mathematics; and math PhD student Reila Zhang.

Tickets for both performances can be purchased on Hart House’s website.

What is your personal connection to the play?

Saraf: I first saw the play over 10 years ago in New York City when I was doing my post-doc, and I was deeply moved. I was both an undergraduate and PhD student at MIT, so I had a personal connection. I could visualize these scenes taking place and happening around me, and it was a very moving experience. The moments felt authentic and real, and it stayed with me for many days, even years, afterward.

How did the play come to U of T?

Saraf: Our original idea was to bring the play to U of T for DCS Women, a support group started 30 years ago for female graduate students, post-docs and faculty in the department of computer science. We were brainstorming ideas of different activities for the group and I suggested the play.

I also happened to be on the math department’s equity, diversity and inclusion (EDI) committee. We were brainstorming about what we could do to educate and bring awareness to the math community about the issues women and other minorities face in the department. I brought up the possibility of bringing the Truth Values play to U of T and the rest of the EDI members were super enthusiastic about it and extremely supportive of making it happen.

Each performance will include an open forum afterwards. Why is discussion on this topic so important?

Ellen: De Cari often has talkback sessions after her performances, and it is a wonderful thing. Because the issues of gender equity and unconscious bias in STEM are so central to the play, it becomes a conversation catalyst.

I think it’s important for people to understand, historically, how hard it was for women to succeed in mathematics and, more broadly, in STEM. There are also barriers that still exist for women and underrepresented groups. I hope people will be able to look at their own situation, compare, and learn from that by taking the historical context and putting it into their current lives.

Ellen:  The play portrays examples of ‘microaggressions’ and I think it’s really important to be aware of the effect they can have on people. I hope this piece of theatre will allow audiences to really experience it from De Cari’s point of view and understand why these affected her so much.

We also hope the play will create better awareness about the kinds of biases some members of their communities face and encourage them to create a more supportive and inclusive atmosphere within their circles.

Read more about the play at the Faculty of Arts & Science