Oldest kids in class do better – even into university: U of T study 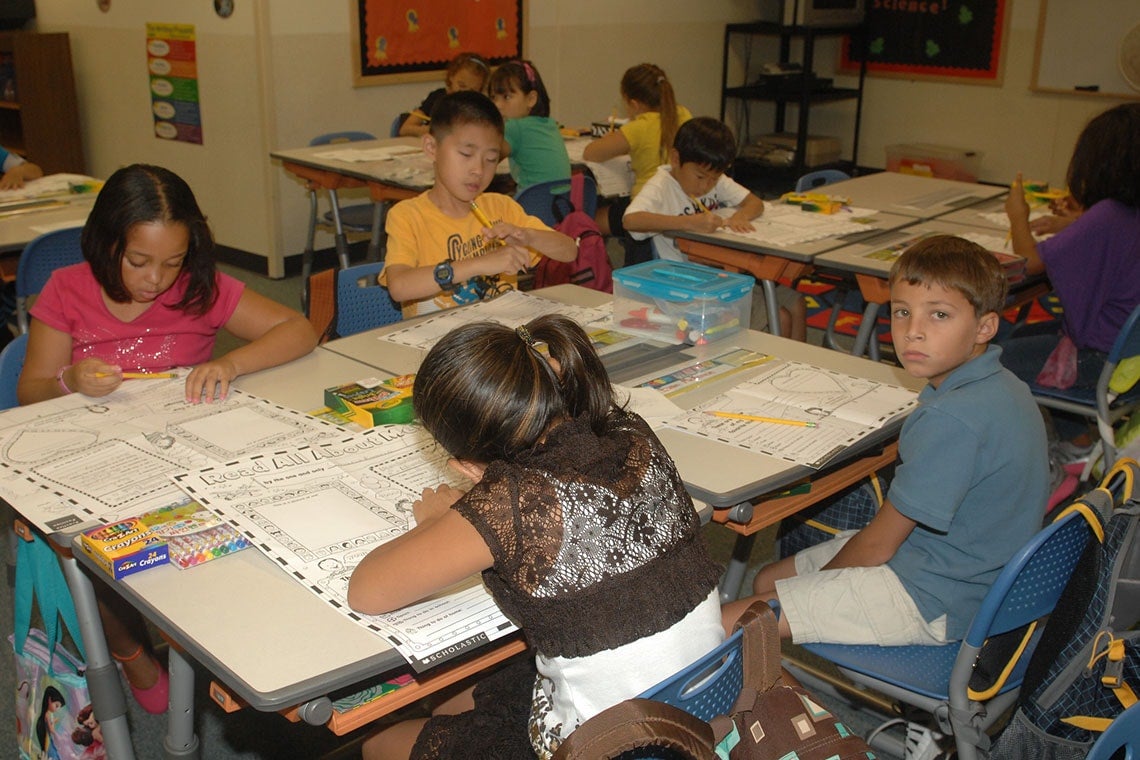 It’s been known for years that the oldest children in class perform better in school than their youngest classmates. But according to a new study co-authored by University of Toronto Scarborough economist Elizabeth Dhuey, that gap can persist, with older children more likely to attend post-secondary school and graduate from an elite university.

“Older children, in this case those born in early September, do better in elementary school than their younger peers,” says Dhuey, whose past research has explored this phenomenon.

“What we found in this study is that gap persists throughout their school careers, so they end up being more likely to attend a post-secondary school and graduate from an elite university.”

Dhuey says what was surprising about the data is that the effect is fairly significant and is experienced across all socioeconomic groups.

The researchers also found that August-born children were one per cent more likely to be incarcerated for juvenile crimes, a finding Dhuey says was really surprising.

“These are not massive differences, but it’s certainly large enough to be economically significant,” she says. Elizabeth Dhuey, an associate professor of economics at University of Toronto Scarborough, co-authored the study with a team of three U.S. economists (photo by Ken Jones)

While past studies have shown that older children do better in school, there’s been some debate as to whether the effect disappears over time. This study is unique because of the high-quality nature of the data and the fact it looked at the long-term effects by following students throughout their academic careers and into university.

Dhuey suggests older children could be enjoying small advantages from getting a head start, which continues over the years. It’s not clear how these gaps can be resolved, she says.

Notably, and somewhat controversially, Dhuey’s past research has been used as evidence to support academic redshirting, which is the practice of parents delaying entrance into kindergarten for their children born late in the year (for example December-born children for those living in Ontario). Her research was also cited by Malcolm Gladwell in his book Outliers.

Does this study mean that parents of children born late in the year should be rushing to redshirt their children?

Not at all, says Dhuey. “It’s not clear at all that we should be redshirting our children,” she says. “I think these are large effects and they’re important to understand, but parents shouldn’t place undue importance on it.”

For one, redshirting means removing your child from the labour market for a year further down the road, which can be costly in itself. She also notes it’s unclear whether redshirting is even an effective technique, since it’s never been measured: there is little data comparing students who were redshirted compared to those who weren’t.

“My ultimate goal is to somehow provide a causal effect of redshirting, that way we can really understand whether it’s a beneficial intervention to take or not,” she says.

Dhuey says it’s important that parents understand the effect and meet with their child’s teacher early on to talk about how to mitigate it. But they shouldn’t panic – it’s not a predictor of whether their child will be at a severe disadvantage.

“It’s important to remember these are on-average statistics, and that there are plenty of December-born children who are doing just fine,” she says.