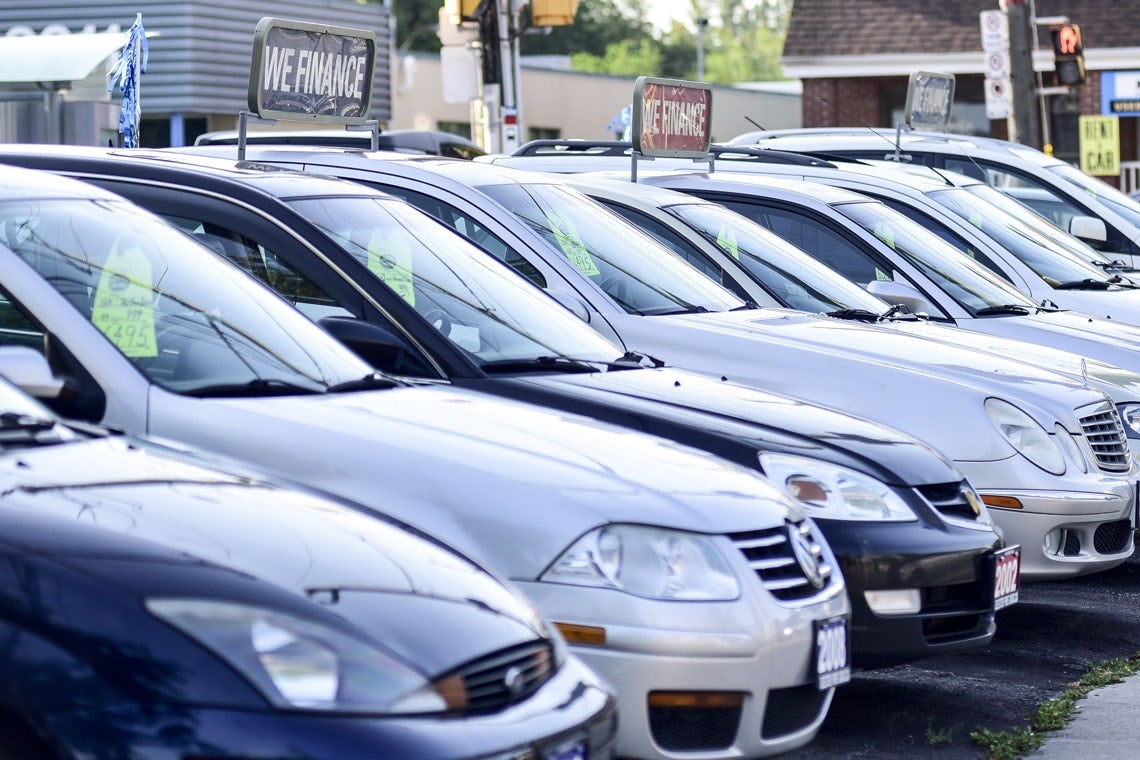 80 percent of car buyers dislike the negotiation process, says U of T's Ambarish Chandra (all photos by Ken Jones)

A new car is a big expense for anyone — but it will cost some people more than others, even at the same dealership.

A new U of T study, which is the first of its kind to reliably show large differences in the price paid for a new car, reveals that age and even in some cases gender can be a factor.

“We were surprised by the magnitude of the difference in how much people paid for an identical car that was bought in the same month in even the same city,” says Ambarish Chandra, Assistant Professor of Business Economics in U of T Scarborough’s Department of Management and the Rotman School of Management.

“This tells us it isn’t necessarily an example of discrimination because there is no evidence dealerships are overcharging women specifically because for younger consumers that’s clearly not the case,” he says. Instead, Chandra points to different life experiences shared by older women compared to younger women. He says the only reliable explanation for the discrepancy is that in North America the education and employment gap between men and women has narrowed considerably over the past 50 years. Although young women still earn less than men, the earnings gap has also narrowed in recent years.

“We believe that better education and employment outcomes for young women compared to older women, relative to men of the same age, has important effects for negotiating large purchases like cars and houses.”

Another reason for the discrepancy in prices paid among consumers generally is the process of buying a new car itself. Unlike most consumer products, cars only have a suggested list price, meaning the final price can be negotiated. Past studies have shown as much as 80 per cent of people dislike the process of car buying because of the negotiation process. Chandra says most feel they are being overcharged, and even when they do get a good deal, many aren’t even aware they did.

So what does this mean for people planning on purchasing a car? Chandra suggests doing your homework first before negotiating a price.

“The best way to negotiate a better price is to have as much information at your disposal. If you know the invoice price of a car for example, you know how much it cost the dealership. That information alone can help you negotiate more effectively.”

Services like Kelley Blue Book or Edmunds.com that list the actual invoice price of cars are valuable resources available to consumers. Chandra says that information used to be something only dealerships knew about but now it’s more readily available online. Getting multiple quotes from different dealerships can also help leverage a better price.

“Everyone, not just older consumers, should be spending as much time as they can doing research on prices and quotes because in the end it can save you thousands of dollars.”

The research, which received funding from the Social Sciences and Humanities Research Council, will be published in the Journal of Industrial Economics.