Study shows that older adults may benefit from giving advice 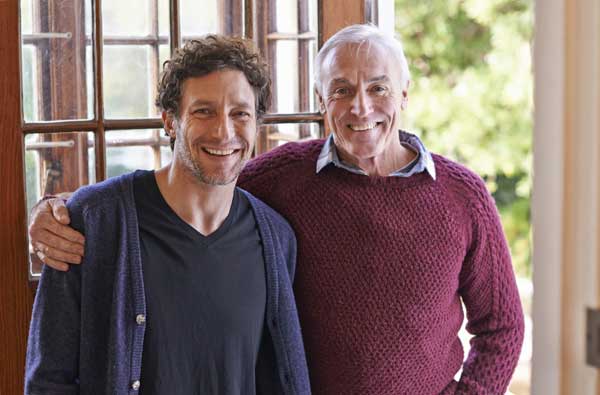 Scholars have argued that mattering supports the idea that it is important to feel that one is meaningful, consequential and can have influence on other people in various ways, including by providing advice. ©iStock.com | PeopleImages.

Research by sociologists at the University of Toronto suggests that feeling useful is a key part of a life well-lived and this is especially so for seniors who are living longer than ever before.

Their study shows that individuals in their 60s who give advice to a broad range of people – including family members, friends, and neighbours – tend to see their lives as especially meaningful, compared to those with fewer advice-giving opportunities. The research, which compared adults in their 20s through 70s, appears in the March issue of Social Psychology Quarterly.

“This association between giving advice and finding meaning in life is not evident in other age groups,” said Markus Schafer, an assistant professor in the department of sociology and lead author of the study.

Unfortunately, the later years – when people would most benefit from being a sage – is also a time when they have fewer opportunities to dispense advice, and to less-diverse types of people.

“The findings suggest that the developmental demands of late midlife, particularly the desire to contribute to the welfare of others and the fear of feeling ‘stagnant’, are not well aligned with the social and demographic realities of this stage of many people’s lives,” he said. “Just when giving advice seems to be most important, opportunities for doing so seem to wane.”

The study, titled “The Age-Graded Nature of Advice: Distributional Patterns and Implications for Life Meaning,” relies on a representative sample of 2,583 U.S. adults.

“We tend to think that the ideal mentor or advice-giver is someone who has a lot of life experience,” Schafer said. “However, compared to their younger counterparts, older adults occupy fewer social roles, are less socially active, and interact with a more restricted range of people.

“So, while the average 65-year-old may well have more wisdom than the average 30-year-old, the latter typically has more opportunity for actually dispensing advice.”

Put another way, the study suggests that it matters to matter. Some scholars have argued that mattering supports the idea that it is important to feel that one is meaningful, consequential and can have influence on other people in various ways, including by providing advice. It is this feeling of mattering that seems to be most under threat during late-middle age when many people retire and enter the “empty nest” phase of life, according to Schafer.

Such research is particularly relevant given demographics: in 2015, for the first time, more Canadians were 65 years of age and older than were younger than 15 years of age, and the trend is only set to increase.

A number of researchers across the Faculty of Arts & Science are engaged in researching issues relevant to an aging population. Alison Chasteen in the department of psychology, for example, recently uncovered a correlation between the abilities of older adults to hear and remember with how they feel about getting older, as well as the social factors that influence those perceptions about aging. Also, the Technologies for Aging Gracefully Lab (TAGlab) led by Ronald Baecker in the department of computer science, designs devices, systems and experiences that help foster a sense of community, identity and autonomy for seniors.

“Older adults are underserved in the domain of personal computing,” said Baecker. “The TAG team believes that carefully designed technology can help to close this gap and address common social and psychological issues faced by older adults.”

Schafer hopes his study prompts reflection on how people of different ages fit into the social fabric of society.

“Our findings underscore the importance of giving older adults occasions to share their wisdom and life experiences,” he said. “Schools, churches, civic organizations, and other community groups could consider how to facilitate intergenerational mentorship experiences and to creatively enable older adults to be advice-givers.”