‘Not as naive as you might think’: U of T researcher creates space for children to talk about serious issues 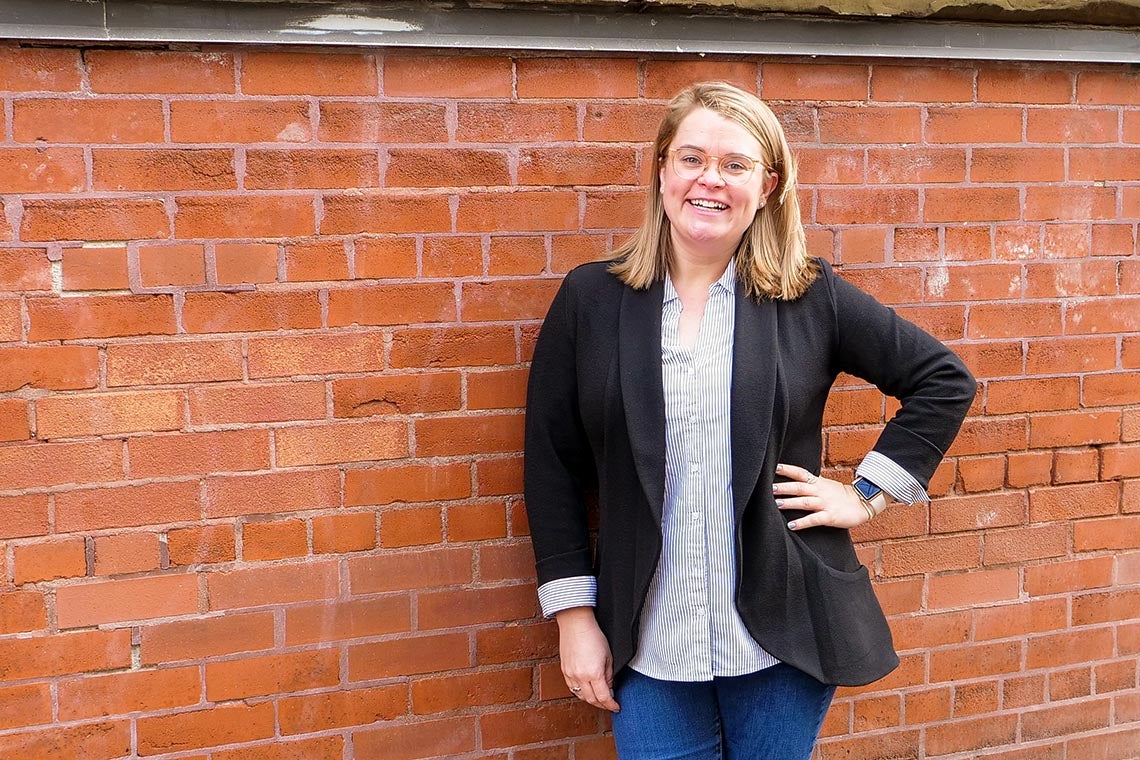 “I’m always trying to push people to understand that kids have really valuable opinions and are oftentimes better at asking questions than we are,” says Assistant Professor Cassie Brownell (photo by Perry King)

Her young students would encounter calls to evacuate their homes due to other impending hurricanes. And sometimes the evacuations would coincide with Katrina’s anniversary, which was commemorated by many adults in the city. However, there were few opportunities for children to engage. So, Brownell helped her students reflect on the event through drawings and chats.

“The school leadership had said, ‘Don’t talk about this with your students,’ but my students showed up and they asked questions,” says Brownell. “I wasn’t going to stop them from doing that.”

Those experiences now drive Brownell’s research. The assistant professor at the University of Toronto’s Ontario Institute for Studies in Education (OISE) continues to challenge adults to recognize that children are not only capable of discussing critical social issues, but are interested in them, too.

In a current project funded by the Social Sciences and Humanities Research Council, Brownell is engaging Toronto primary school-aged children in those conversations. She is examining how a classroom makerspace – that is, where students design, experiment, build and invent – opens new avenues for children to grapple with social issues and fosters critical digital literacies and development as global citizens.

Arriving at OISE’s department of curriculum, teaching and learning in mid-2018, Brownell’s project stems from research she engaged in while a PhD student at Michigan State University. There, she worked alongside classroom teachers to create spaces that were more inclusive of children’s multiple cultural, linguistic and modal ways of knowing, and of children’s concerns related to social issues.

The latter became particularly important to Brownell because her studies coincided with the 2016 U.S. presidential election. The election results worried children in the urban school that was her research site, she says.

“There were a lot of concerns among the kids about what the election could mean for their families moving forward,” Brownell recalls.

In response, Brownell worked with a partner teacher to plan and implement a unit that integrated literacies and social studies with a particular focus on critical issues such as U.S. President Donald Trump’s travel ban targeting Muslims and the proposed border wall between the U.S. and Mexico. Children in the class learned about the issues, asked questions and voiced opinions through letters to their congressional representatives. Children then used tools like stop-motion animation and Lego to show their arguments in a new way.

“For me, it has always been, ‘Can we create a safe enough space that kids feel confident enough to ask critical questions?’” says Brownell. “Within the integrated unit, we wanted to do just that. We wanted to allow for them to talk about civic issues while also considering how policies might impact them or their communities.”

As part of OISE’s language and literacies education program, Brownell teaches graduate courses focused on issues related to her scholarship, including classes in critical literacies, digital literacies and literacies in elementary and early childhood classrooms. In her graduate-level classes, like in her research, she grounds her teaching in current events and critical social issues. She challenges adult learners to consider how their identities inform their opinions and reasoning, and encourages them to consider how children’s identities also inform their learning, talk and play.

“We talk sometimes about sheltering kids, but not all kids get to be sheltered by circumstance – by their class, their race, their gender, their home circumstances – whatever that might be,” she says.

To Brownell, children have a lot to say, but they are rarely heard.

“I’m always trying to push people [adults] to understand that kids have really valuable opinions and are oftentimes better at asking questions than we are. They are way smarter than we, as adults, are.”

Ultimately, in her work at OISE, Brownell wants to amplify the voices and experiences of children in ways that shift how adults understand them to be – which is often apolitical and naive.

“Kids aren’t necessarily as naive as you might think,” Brownell says.

She hopes to remind adults to have fun with children too.

“We might get too caught up in the heaviness of the world that is happening, as teachers or parents, in our daily lives,” she says. “We have to remember to breathe and just have some joy and enjoy the time that we have with kids.”