'Not all disease is the same': U of T study highlights protein variability in neurodegenerative diseases 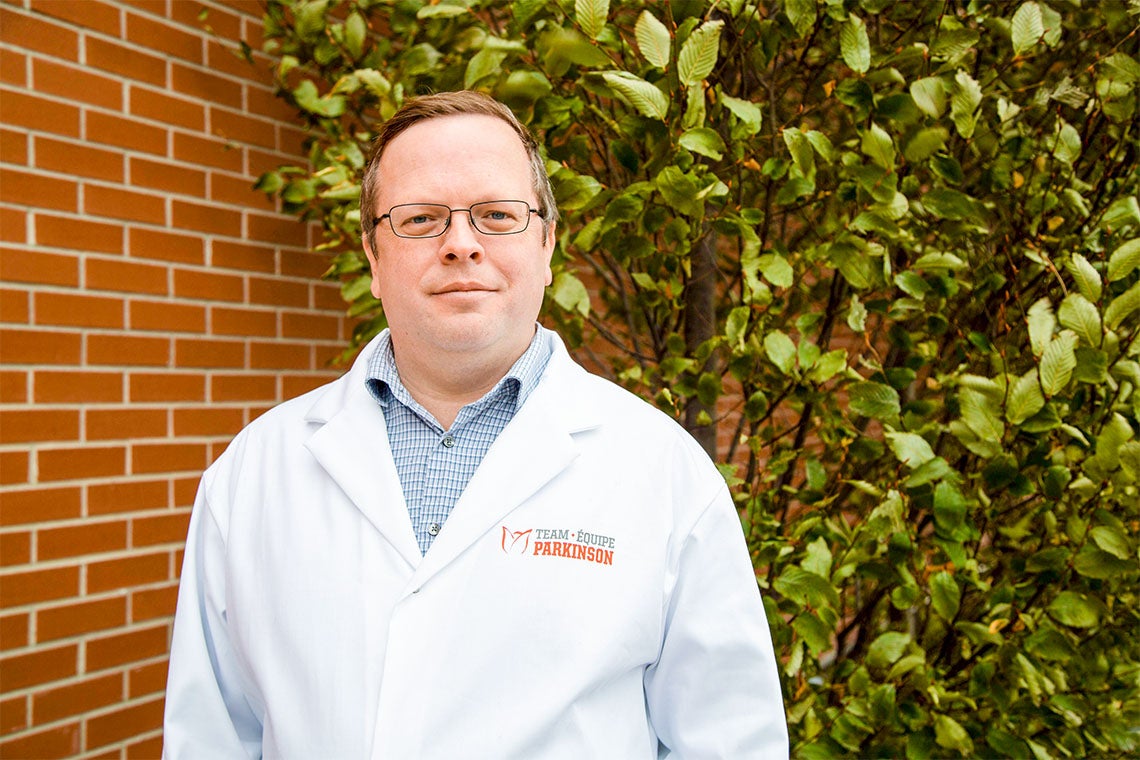 “If you’re developing therapies for Parkinson’s disease, and you’re targeting this alpha-synuclein aggregate pathology, it’s likely that one therapy may not fit all,” says U of T Assistant Professor Joel Watts (photo by Gabrielle Giroday)

A new University of Toronto study sheds light on how protein strains vary in the brains of those affected by progressive neurodegenerative diseases like Parkinson’s, suggesting the need for patient-specific medicines.

Their research findings, published in the journal Nature Neuroscience, have important implications for people who are affected by progressive neurodegenerative diseases, and those trying to develop drugs to help them.

“It’s very evident in these diseases that there’s patient-to-patient variability. This provides a potential explanation of why,” says Joel Watts, an assistant professor in the Faculty of Medicine’s department of biochemistry and a principal investigator at the Tanz Centre for Research in Neurodegenerative Diseases.

“I think it also really gets to the concept of patient-specific medicine that might be necessary. This research also suggests a way of how that could be done.”

For the research, Watts and his team created two different strains of alpha-synuclein that were structurally different in test tubes. They then introduced them into mice and watched what happened.

The differing structures of the artificial strains led to different results, he says.

“What we found was that they caused two completely different types of diseases,” he says. “The mice took different amounts of time to show symptoms of diseases [and] the symptoms of the disease were different for the two. The pathological markers of disease – these protein aggregates – were found in different brain regions. That’s exactly what you see in human disease.”

Watts says the findings illuminate the complexity of the disease.

They also demonstrate the need for patient-specific medicine, he says.

“The lesson from the research is that if you’re developing therapies for Parkinson’s disease, and you’re targeting this alpha-synuclein aggregate pathology, it’s likely that one therapy may not fit all. If there are differences, you may need to have patient-specific therapies,” he says.

Watts has a background looking at prion diseases like mad cow disease.

He used his experience to inform his latest research, though he notes that, unlike prion diseases, neurodegenerative diseases such as Parkinson’s or Alzheimer’s are not infectious.

“Prion diseases are not all the same. They are sometimes transmissible from animals to humans and, in rare cases, humans to humans. There are different varieties and they’re caused by different strains of prions,” says Watts.

He also points to the flu, which requires people to get new flu shots every year due to varying strains.

“The same thing happens in neurodegenerative diseases. Instead of having changes in the viral DNA, you have changes in structure of these protein aggregates – these clumps of proteins that are pathological and found in the brains of people with diseases like Parkinson’s and Alzheimer’s,” he says.

Ultimately, the goal of Watts’s research is to develop testing paradigms for drugs that better reflect the complexity and variability of humans.

“Not all disease is the same and there is variability – and this could be explained by having different strains of alpha-synuclein,” says Watts. “We may need to consider patient-specific medicine when designing therapies or clinical trials to better classify patients into groups based on the type of strain they have.”

The study received support from the Canadian Institutes of Health Research, the Royal Society and European Research Council, among others.

Tanz Centre for Research in Neurodegenerative DiseasesBiochemistryFaculty of MedicineGlobalResearch and Innovation