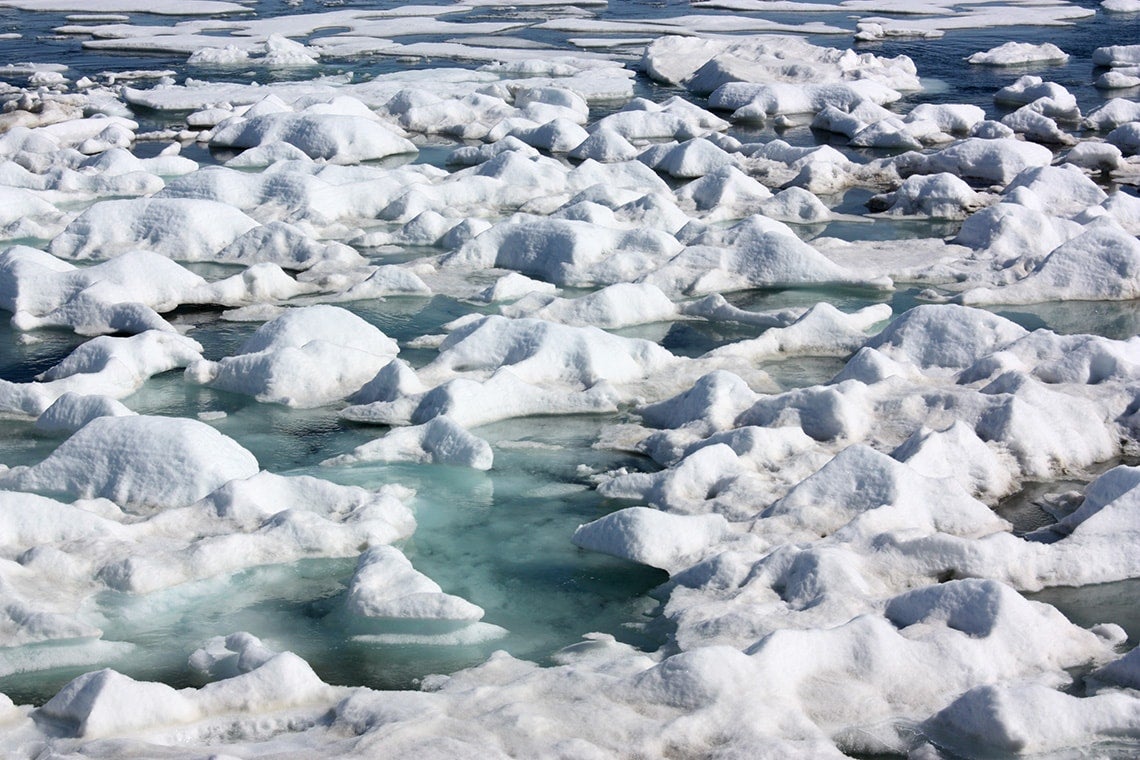 U of T Mississauga's Bailey McMeans hopes to investigate the ocean and land processes that shape ecosystems in the Arctic over time, looking at the important effects on local Native (Iñupiat) communities.

The assistant professor of biology is one of several researchers on a project that has received a five-year grant from the U.S.-based National Science Foundation (NSF) to establish a Long-Term Ecological Research (LTER) program and site along the northern coast of Alaska. “Arctic coasts are incredibly productive and seasonally dynamic ecosystems that are also very poorly studied, particularly during ice-covered periods,” says McMeans, a co-principal investigator on the project. “The LTER program gives us an unprecedented opportunity to study how seasonal and inter-annual changes in temperature, ice-cover and land-ocean exchange influence species and food webs in the Arctic.”

The LTER: Beaufort Sea Lagoons, An Arctic Coastal Ecosystem in Transition project is led by Professors Kenneth Dunton, James McClelland and Amber Hardison from the University of Texas at Austin.

The research team will also collaborate with local community members, as well as the U.S. Fish and Wildlife Service, which oversees the Arctic National Wildlife Refuge.

Changes along the coast of northern Alaska are already having effects on the types of fish and other organisms that thrive in the lagoons, and the changes are expected to continue over time. With the Iñupiat communities’ reliance on the lagoon and coastal fisheries for subsistence, the team will provide a framework for predicting the impacts of these changes on the ecosystem. Young citizen scientists from the communities of Utqiagvik (formerly Barrow) and Kaktovik will also participate in the research project.

The LTER team will conduct seasonal fieldwork during ice-covered and ice breakup phases, as well as open-water periods, and will deploy sensors to continuously monitor key bio-geochemical measures and various other aspects of the water system.

“This LTER project includes the study of processes such as shoreline erosion, watershed run-off and sea-ice dynamics that are central to coastal ecosystem function across the Arctic,” says William Ambrose, director of the Arctic Observing Network at NSF's polar programs office.

“An important aspect of this LTER is the collaboration between scientists and the Iñupiat residents of the Beaufort Sea coast that will greatly deepen our comprehensive understanding of these ecosystems.”