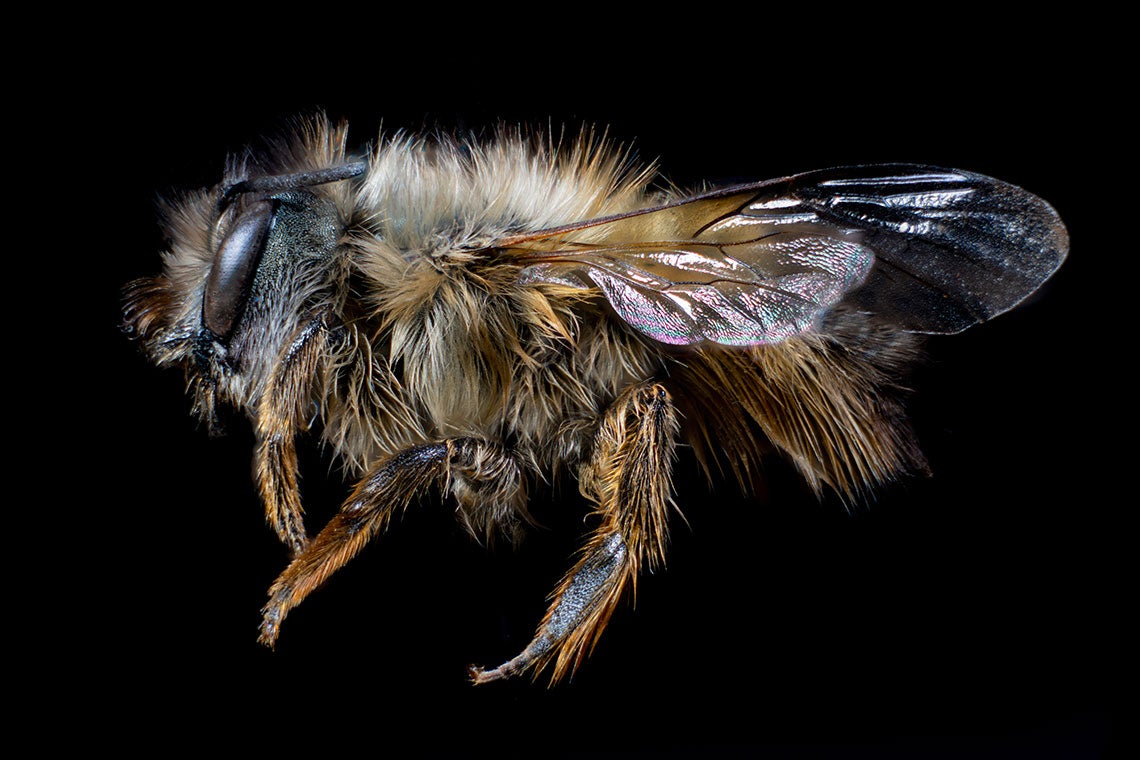 Osmia taurus is one of two non-native bee species that have established populations in Canada, University of Toronto Scarborough researchers say (photo by Don Campbell)

Researchers at the University of Toronto Scarborough have discovered the presence of two species of bee in Canada for the first time – one of which could pose a big threat to native mason bees.

The non-native mason bees (Osmia cornifrons and Osmia taurus) originate from northern Asia and were introduced to North America more than 50 years ago as crop pollinators.

The presence of O. taurus is the most concerning, says Scott MacIvor, a professor in the department biological sciences at U of T Scarborough and lead author of the study published in the journal PeerJ Life & Environment.

He referenced a recent study in the United States that found an 800 per cent increase in O. taurus coincided with a 90 per cent decline in six different species of native mason bees. The study was done across multiple mid-Atlantic states over a 13-year period.

“O. taurus, the bee that was brought over completely by accident, has had a negative impact on native mason bees in these states,” says MacIvor, who is an expert on bees, pollination and biodiversity.

“It’s too early to say whether this bee will have the same impact on native mason bees here in Canada, but it’s definitely a strong possibility.”

O. cornifrons (also known as the horned-face bee) was brought to the U.S. starting in the late 1960s to help pollinate fruit crops, but due to its similar appearance, O. taurus was also brought over accidentally around the same time.

While there is no evidence that O. cornifrons has a similar negative impact on native bee populations, MacIvor says non-native bees can be considered invasive when they displace native bees by introducing disease, disrupting nests, or simply outcompeting them for resources. 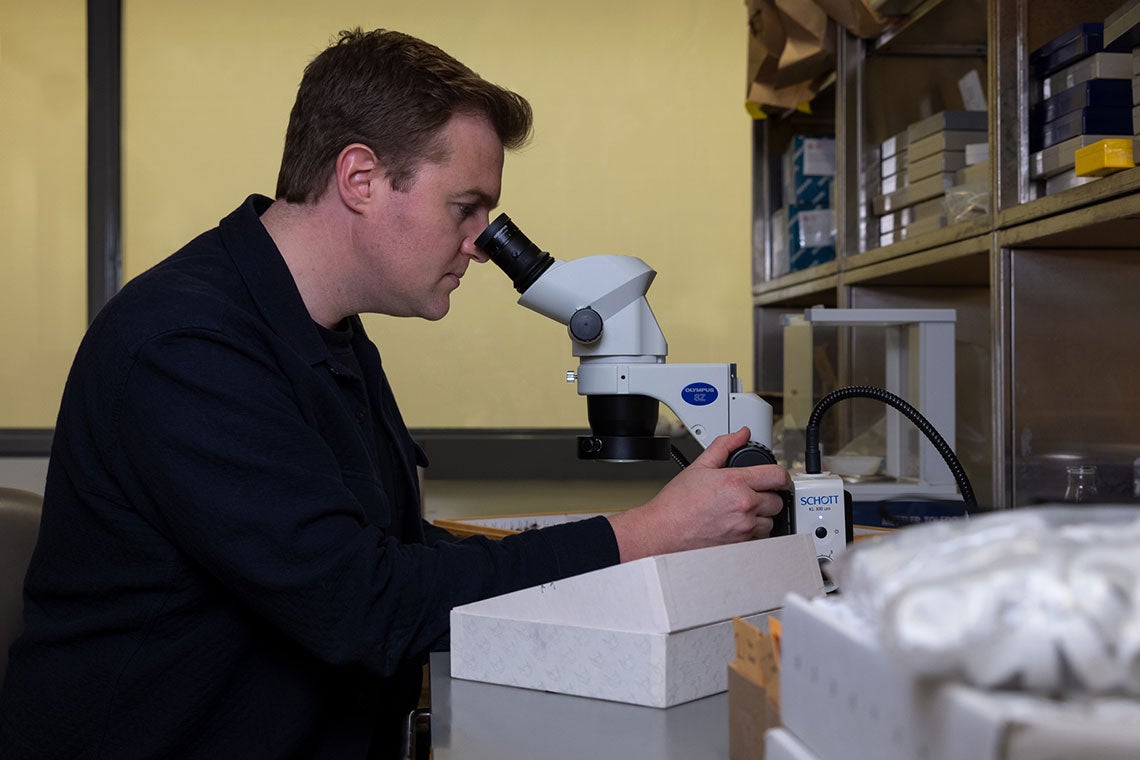 Professor Scott MacIvor is a expert on bees, pollination and biodiversity (photo by Don Campbell)

MacIvor says the bees likely crossed natural land borders connecting Michigan and New York to Ontario. While the bees have existed in large numbers in the U.S. for decades, it raises the question: Why have they only appeared recently in Canada?

“Entomologists in southern Ontario have been doing bee surveys for decades and it’s only within the last couple of years that they started to appear,” he says.

One reason could be the recent popularity of bee hotels that people are using to support struggling native bee populations in urban areas. Both bee species are cavity-nesting bees, so they might be thriving due to the recent availability of these hotels.

Another potential way they’ve ended up in Canada could be the online sale of bee cocoons to gardeners and bee hotel owners. MacIvor says it’s possible they could be inadvertently sold non-native species instead of native mason bees. While importing bee cocoons from the U.S. is illegal, he says it’s possible they might have slipped past border inspections. Bee cocoons can also be purchased online from Canadian companies, so over time there is a potential they could be shipped to other parts of Canada.

Interestingly, the researchers discovered that batches of O. cornifrons were also imported into Canada in the 1970s as part of agricultural experiments but given the widespread surveying, there’s no proof those bees were able to survive and reproduce in the wild.

Protecting native mason bees is critical due to the important role they play in pollinating native plants, as well as spring-flowering orchard crops such as peaches, plums, cherries and apples.

While there’s not much that can be done to stem the flow of non-native mason bees naturally, MacIvor says there are a few things people can do to support native mason bee populations.

“For one, avoid buying bee cocoons online,” he says. “Instead, let local populations colonize bee hotels and other habitats.”

He adds the best way to support native mason bees isn’t necessarily to set up a bee hotel since many native bee species make their nests elsewhere, such as decaying wood or underground. Try focusing on plants that flower in the spring such as lupine, beardtongue, raspberry or redbud. These will attract native mason bees and help them thrive.

“If you are interested in native bee conservation, the best thing to do is build gardens with native flowering plants and pay attention and protect spots where nests develop naturally.”

This research was supported by a grant from the Natural Science and Engineering Research Council of Canada (NSERC).