From Noether to Nightingale, U of T course shines light on math's women pioneers 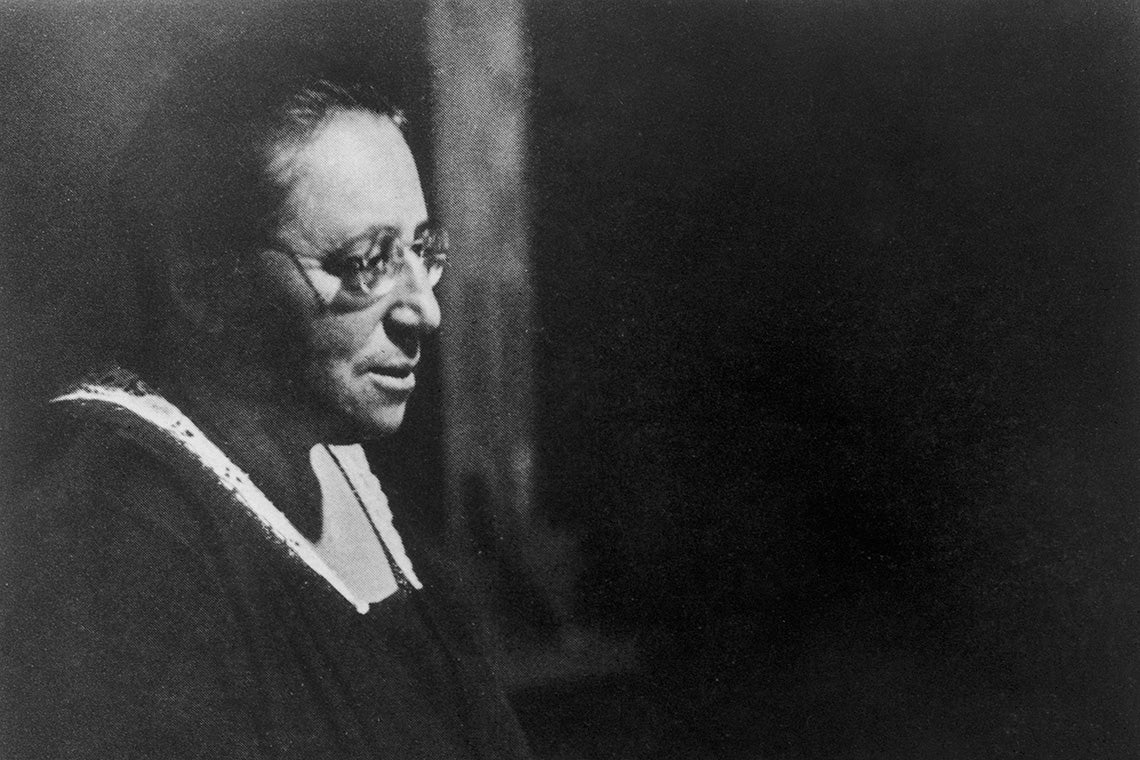 German-born algebraist Amalie 'Emmy' Noether, who worked without pay and taught over the objections of male colleauges, developed a theorem that underpins much of modern physics research (photo by Pictorial Parade/Hulton Archive/Getty Images)

As a young math student, Sarah Mayes-Tang was fascinated by the “little boxes” in her textbooks that described the lives and achievements of important mathematicians.

Vignettes about Pierre de Fermat, Isaac Newton and Gottfried Wilhelm Leibniz gave her a glimpse into the history of landmark formulas and theorems.

But rarely, if ever, did her course books discuss women’s contributions to the field. And if they did, the coverage was often superficial. “In most books, they usually had the token woman,” Mayes-Tang says. “It always felt very forced to me. I didn’t spend much time thinking about this until later in graduate school and in my career.”

Now an assistant professor, teaching stream, in the University of Toronto’s department of mathematics in the Faculty of Arts & Science, Mayes-Tang is teaching a first-year seminar that focuses on often overlooked female math pioneers – focusing on mathematicians such as the German algebraist Emmy Noether.

Noether – who was posthumously heralded by Albert Einstein as a “creative mathematical genius” – began her studies in math in the early 1900s when women were only allowed to audit university classes with an instructor’s permission. After the rules changed, she obtained a PhD from what is now Friedrich-Alexander Universität Erlangen-Nürnberg, where she did research without pay and taught over the objections of male faculty.

She explored the complex math behind Einstein’s theory of relativity, eventually developing her own theorem that married symmetry in nature and the laws of conservation. “Noether’s theorem” underpins much of modern physics research, including the discovery of the Higgs boson.

Mayes-Tang’s course will also cover women whose contributions to math are less well known than their work in other fields – Florence Nightingale, for example.

The British nurse and social reformer known for modernizing her profession was also a math whiz, with a special interest in statistics and probability, who used charts, graphs and polar-area diagrams to illustrate data, including mortality rates in a military hospital during the Crimean War.

“A big reason why she was so important isn’t just because she was an incredible nurse but also because she identified, using mathematical reasoning, really innovative visual methods to represent data,” said Mayes-Tang, who joined U of T’s math department in 2017.

Mayes-Tang’s class is intended for non-math specialists and combines historical topics with lessons in probability, group theory and knot theory.

It also invites students to think about the future. As part of a final assignment, students will be expected to propose solutions to improve the experiences of girls and women in math.As in other STEM subjects, women have been historically under-represented in math. In Canada, the share of women studying math or a related subject in 2010 was around 42 per cent.

Mayes-Tang aims to offer students a fuller picture of the discipline than they received from kindergarten to the end of high school, and hopes they develop a positive relationship with mathematics. 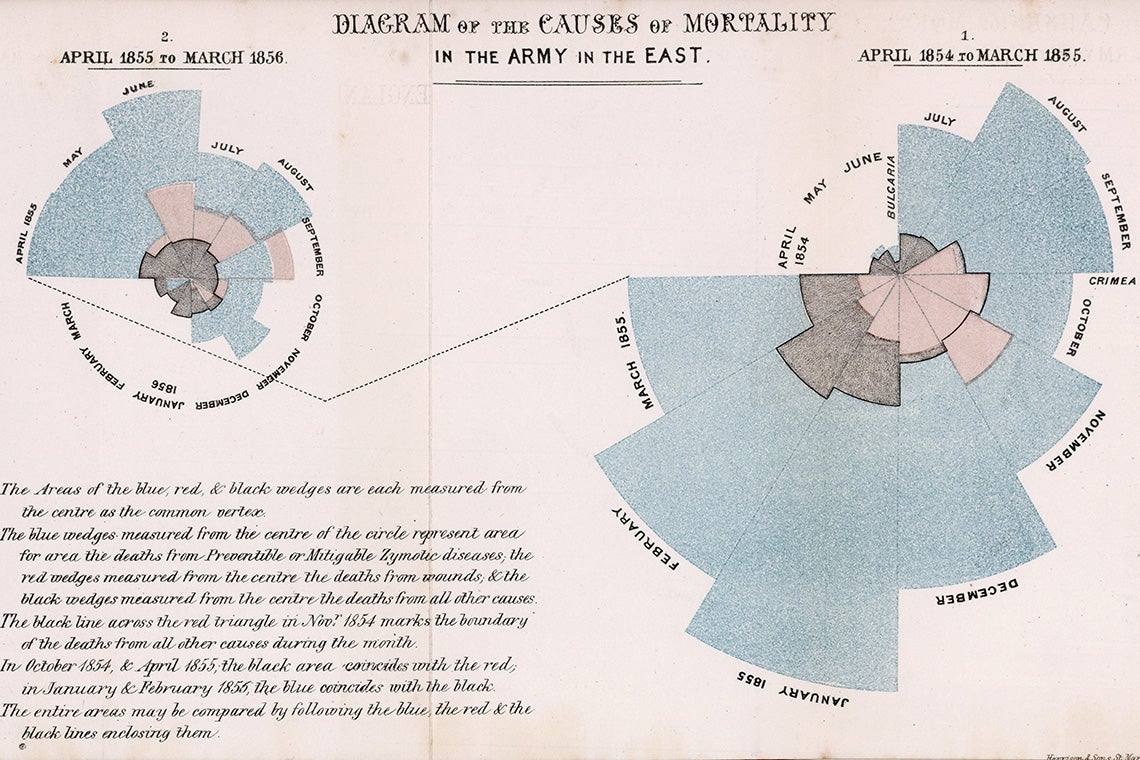 “Diagram of the Causes of Mortality,” by Florence Nightingale (photo via Wikimedia Commons)

Similarly, Karen Smith, a professor at the University of Michigan who was Mayes-Tang’s PhD supervisor, says she hopes Mayes-Tang’s U of T course will inspire more young women and men to pursue math.

Smith recalls the first time she saw the pronoun “she” used in her textbook to describe someone who had done important work in math (a reference to Noether).

“This was shocking and inspirational to me,” Smith says in an email. “I can’t really say that I have had any women mentors, as there were no women professors in the field in the generation before mine, but knowing Emmy Noether had done something important in the 1930s was definitely meaningful for me.”