'No walk in the park': U of T alumna's book teaches kids about the messy business of scientific discovery 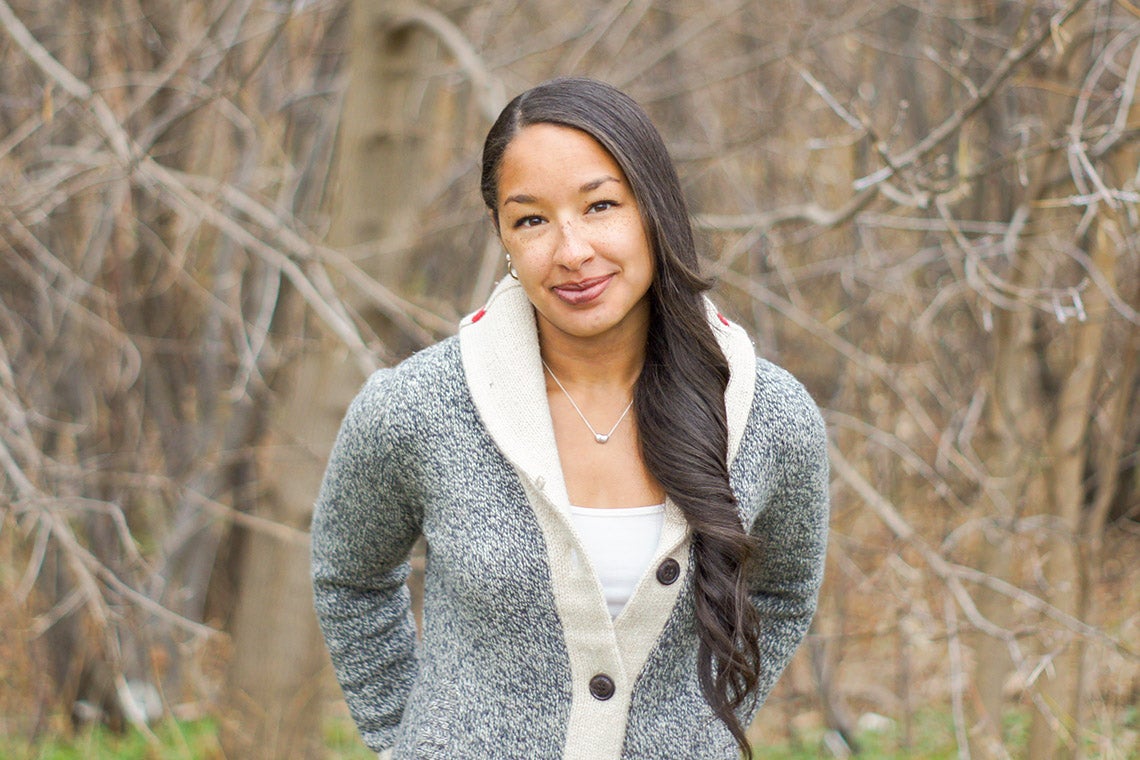 Cylita Guy, who earned a PhD in ecology and evolutionary biology from U of T, is writing a children's book inspired by her research on the city's bats (photo courtesy of Cylita Guy)

Cylita Guy knows all too well that the pursuit of urban ecology comes with its share of unglamourous obstacles, from smelly river muck to nosey passersby – and now she's hoping to paint a more complete picture of the scientific process for the public.

She recalls, as an example, one cool night in Toronto’s High Park while she was doing research on city bats for her PhD in ecology and evolutionary biology at the University of Toronto. Her field partner nearly fell off a roof trying to reach a bat colony and the work was constantly interrupted by curious onlookers, including a police officer with an apparent fear of the winged mammals.

Guy draws on that experience, and those of seven urban ecologists at U of T and other universities, in her first book – a children’s book – about the problems that arise during the process of doing science and about the diverse work of urban ecologists. Adventures of Your Friendly Neighbourhood Urban Ecologists features scientists at different stages of their careers and highlights the work of female ecologists and people of colour.

She says that she wants to introduce young readers to the relatively young field of urban ecology and address what she sees as a gap in children’s literature about science – namely a tendency to gloss over how scientists actually obtain data and make their discoveries.

“I felt like a lot of kids’ science books present  ... ‘the cool people who found those cool animal facts,’” she says.

“I think one of the problems is that people think that science is static. We think these are the way things operate, but sometimes we find the complete opposite – and sometimes we generate new questions that we still need to go out and answer.”

Her research in High Park, which was published in the Journal of Urban Ecology, will be the focus of the first chapter of her book, which is due to be published next year by Annick Press (the independent Canadian publisher approached Guy after seeing her work featured in another book, Fieldwork Fail: The Messy Side of Science).

The chapter describes how scientists can change their minds about a research question after gathering new evidence.

Like other ecologists, Guy assumed the park in Toronto’s West end was a good habitat for big brown bats (Eptesicus fuscus), but her fieldwork suggested otherwise. The bats they found in the park were runtier than specimens in Hamilton, Ont.; males outnumbered females two-to-one; and beetles, bats’ favourite snack, were in short supply. 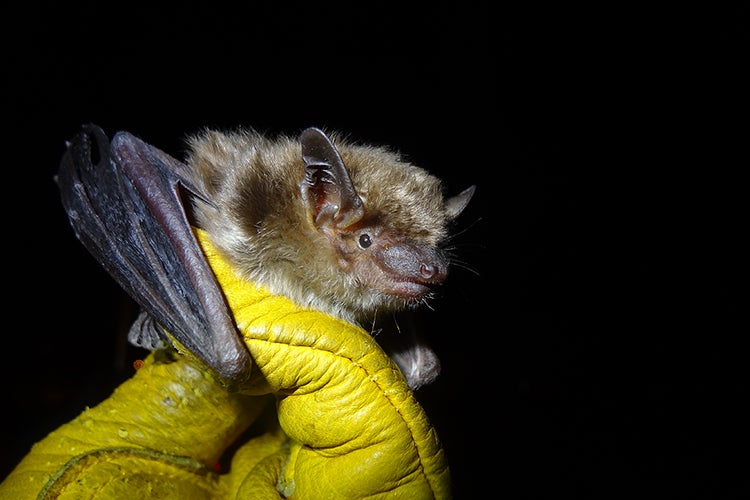 Guy, author of an upcoming kids' book on urban ecology, trapped and researched big brown bats like the one above for her PhD studies (photo courtesy of Cylita Guy)

There was also the eventful night in High Park when she and field partner Krista Patriquin encountered the aforementioned complications. The pair were trapping bats from a colony hanging from the eaves of a house when Patriquin slipped and nearly tumbled to the ground. Later, while examining the bats, the pair were interrupted by a group of curious teenagers.

“I was super stressed because I was like ‘Oh my god. What is going to happen?’” Guy recalls. “But they were probably the most engaged group of people we have ever encountered.”

Later the same evening, a police officer showed up and asked the researchers what they were doing in the park after midnight. As Guy explained, she noticed the officer’s eyes widen.

“Ma’am, did you know your shirt is moving?”

Because of the cold, the bats had entered what Guy describes as a “mini-hibernation state,” also known as torpor. Guy was following a procedure to warm them up before releasing them back into the wild.

In the book, Guy builds on that anecdote with vignettes about urban ecologists across North America, including U of T PhD candidates Charlotte de Keyzer, who looks at how plants and pollinators respond to climate change, and PhD student Rachel Giles, who studies road run-off and other contaminants in waterways and how they affect invertebrates like crayfish and larvae.

Guy says she chose the U of T researchers to show the broad range of research questions that urban ecologists seek to answer.

When people think of ecology, “we often think about warm, fuzzy mammals and plants,” she says. “But nobody thinks about the invertebrates that inhabit the river bottoms in the middle of the winter, or that fact there might be tiny little plastics in our water, and maybe this matters for fish and other living things.” 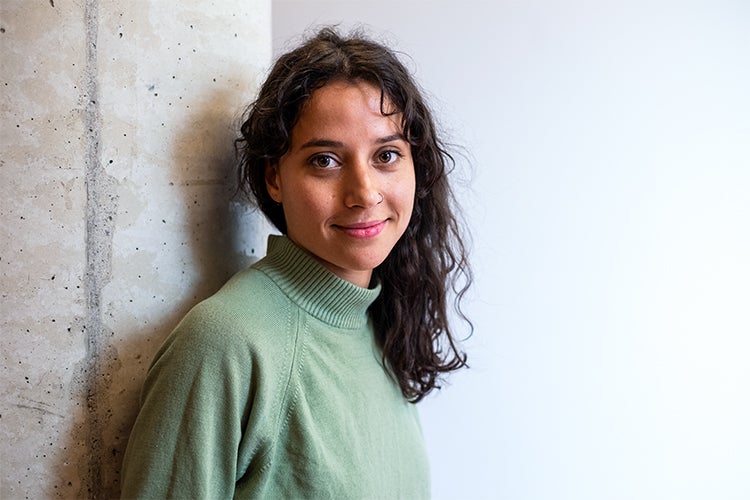 Rachel Giles, a second-year PhD student who studies how mixtures of contaminants impact wildlife in urban streams, is one of the scientists featured in Guy's children’s book (photo by Geoffrey Vendeville)

Giles, a student in U of T Assistant Professor Chelsea Rochman’s lab in the department of ecology and evolutionary biology, shares her own story of how she once sank into the Humber River in a conservation area north of Brampton while collecting water and sediment samples for her research – in February. The riverbank at their test site that day was flooded with meltwater.

“When I put my foot down on what I thought was the edge of the riverbank it actually ended up falling down and I slowly sank into the nearly freezing water,” she says.

Fortunately, Giles was able to grab a tree branch and climb out of the mud. It was a crash course in the importance of the safety measures taken by researchers – and an example of the lengths they go to for science.

“You put yourself in situations where there’s extreme weather or it’s super stinky or it’s really long days. .. Scientists will go to crazy measures to get their data,” Giles says.

“Ecology is certainly no walk in the park.”