'No signs of slowing down': U of T alumna Mattea Roach hits another Jeopardy! milestone 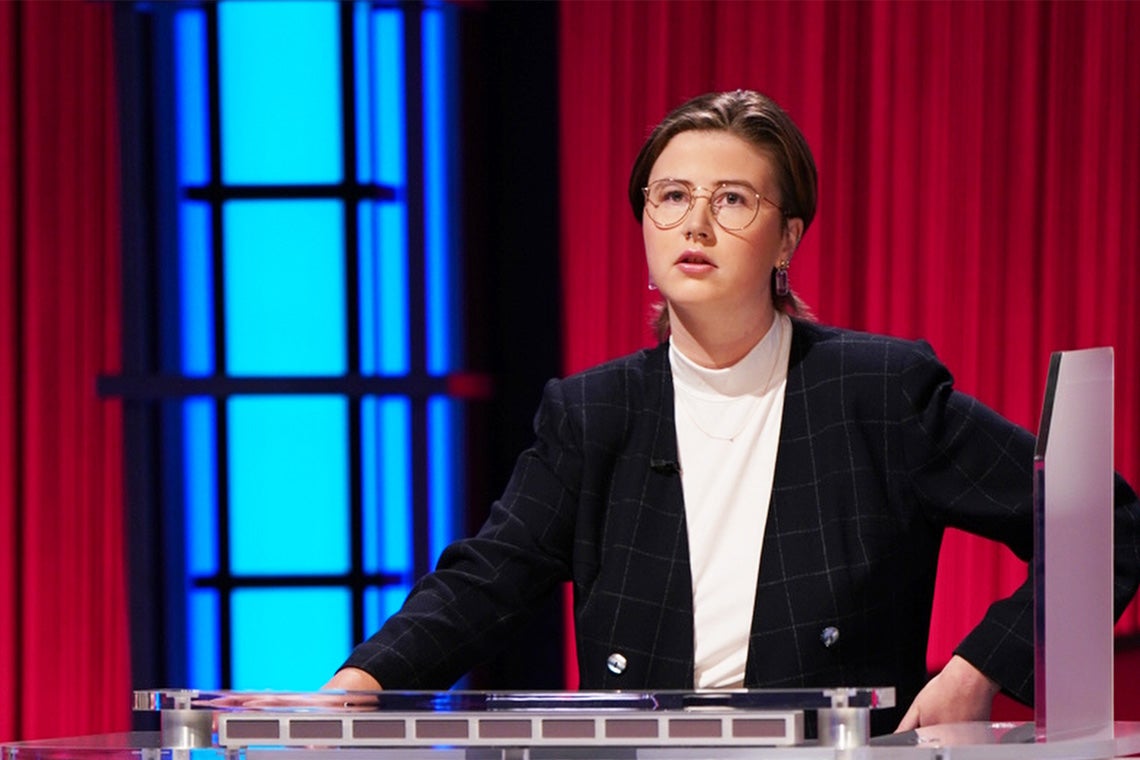 Mattea Roach has cemented her place among the Jeopardy! greats, moving into the top five for consecutive wins and highest winnings for regular-season play.

The University of Toronto alumna, who notched her 22nd win earlier this week, recently talked about her time in the sexual diversity studies program in U of T’s Faculty of Arts & Science, offering a glimpse into her well-rounded knowledge. “I was lucky enough through that major to take courses in English, political science, social work and – probably my favourite one – a law course,” she said.

The U of T community has rallied behind Roach – including Melanie Woodin, dean of the Faculty of Arts & Science – and she even received a shoutout in the House of Commons. According to Global News, Halifax MP Andy Fillmore noted Roach’s ties to the city and said she is showing “no signs of slowing down.”

Roach will need to win 32 games in a row to tie for the fourth-place spot for the longest Jeopardy! winning streak.