Tragedy in Nice: “Fundamental French values are under attack” says U of T’s Paul Cohen 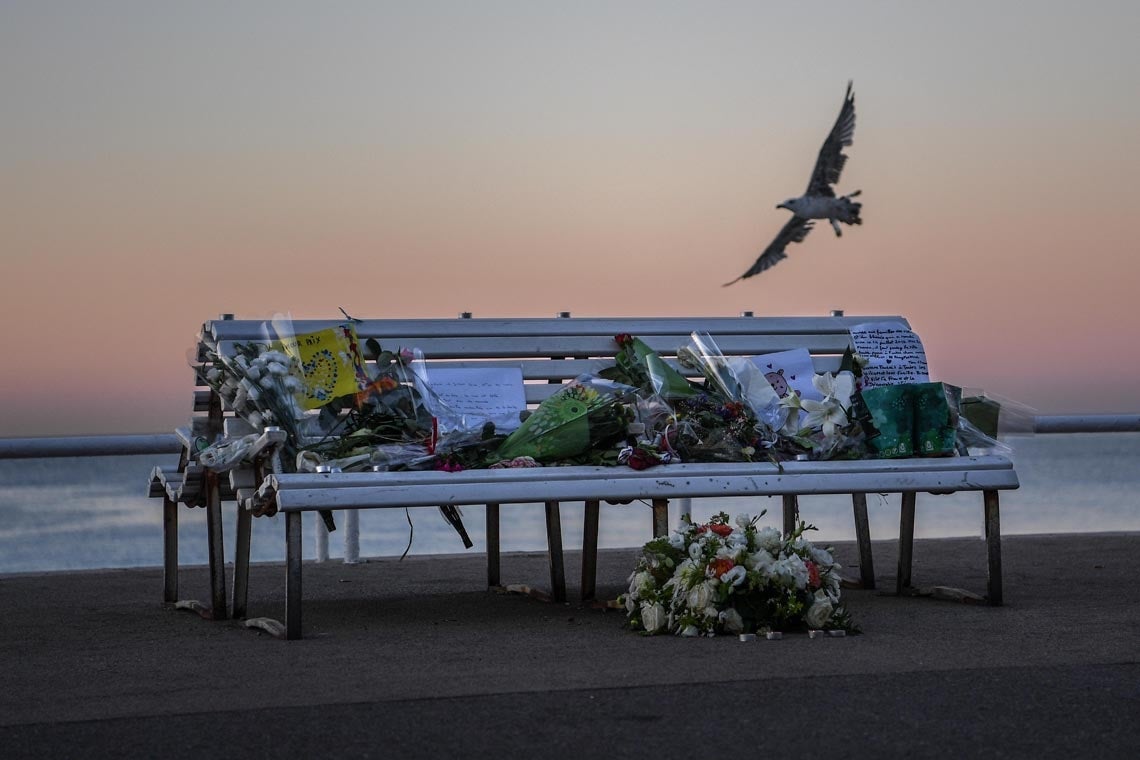 On July 14, Bastille Day, 84 people were killed and hundreds injured when a man drove a truck down the crowded Promenade des Anglais in Nice during a fireworks celebration. Paul Cohen, director of the Munk School of Global Affairs’ Centre for the Study of France and the Francophone World, is currently in Paris. He spoke to U of T News about the attack.

Why is France being subjected to so many terrorist incidents?

It’s firstly important to recall that other countries have been targeted more frequently and at greater cost than France: Turkey and Iraq notably. Other western countries have been the theatre of recent attacks too – think of the United States or Belgium. Without a fuller picture of the clandestine networks that might still be in place in France or elsewhere, or a better understanding of the social, cultural or psychic mechanisms that drive solitary attackers like the perpetrator of the Orlando attack, I would suggest that a better question would be to inquire about the broader context: the tectonic reshaping of the Middle East in the wake of the United States’ invasion and occupation of Iraq, the brutal Syrian civil war and the emergence of Daech, the departure of substantial numbers of citizens of western countries (including France, Belgium, Germany, the United Kingdom, as well as the US and Canada) to fight with ISIS, and the return of a certain number determined to commit attacks, and the military engagement of American and French forces (on a limited basis) in the Syrian conflict to combat Daech.

At this stage in the police investigation, we know very little about the perpetrator of the attack in Nice, his motivations, or his connections to accomplices, and it is altogether too early to determine whether this latest attack is connected to what took place in Paris last year – and in the event that it is, to evaluate the nature of this link.

Do you think there is any special significance in Nice being the target?

Again, at this point in the investigation, it’s too early to speculate about the attacker’s motivations in choosing the Promenade des Anglais.

The choice of target certainly holds powerful significance for French people: a public space that stands at the heart of public life in Nice, built to serve as a glamorous backdrop for moneyed tourists from France and around the world, a landscape for Old World Mediterranean leisure.

Less well known perhaps to English-speaking audiences is that Nice lies in the heartland of the extreme-right National Front party. Its longtime mayor and current president of the urban agglomeration, Christian Estrosi, has long made security and law-and-order issues the central plank of his leadership – as mayor, he vastly expanded the municipal police presence, installed elaborate videosurveillance systems, and took tough measures against what were identified as public order issues. Estrosi, along with Eric Ciotti, the deputy who represents Nice in the National Assembly, have also repeatedly interrogated whether French people of North African descent are fully legitimate members of the national community.  In this, they are among those on the right who flirt with the border that separates them from the National Front. Estrosi, Ciotti, and other leaders on the right (as well as far right) have already seized on the attacks to criticize the Socialist government’s alleged weakness in the face of the terror threat.

Is there any significance in the attack taking place on Bastille Day, besides the opportunity to impact a large number of people gathered together?

Again, it’s simply not possible to speculate on the attacker’s motivations or choice of date and location.

For French people, however, it is clear that July 14 holds special significance: as a national holiday, one that gestures back to the Revolutionary origins of French Republicanism; as a moment when French people perform the third value in the great revolutionary triptych “Liberty, Equality, Fraternity”, in open-air public dances organized in village squares or the courtyards of firefighters’ barracks, in free outdoor concerts and fireworks displays like the one struck last night.  Even without speculating on the reasons and motivations for the attack, for many French people, in the wake of Charlie Hebdo and Bataclan attacks, it appears that fundamental French values are under attack: freedom of speech; laïcité (the French concept that roughly translates as “separation of Church and State”); festive forms of public sociability; and peaceful coexistence of social and cultural diversity.

Will this have an effect on France's economy? Its culture? Its values?

Even as we mourn and measure the terrible loss of human life, it is also important to emphasize that terrorism of this nature does not pose an existential threat to the political or economic systems of the nations in which they unfold. Recall for example that France has a long experience with terrorism, stretching back to anarchist violence in the late nineteenth century, violent far-left groups like Action Directe and terrorist cells piloted from Iran via Lebanese Hezbollah in the 1980s, the series of bombings that struck Paris in the 1990s in the context of the Algerian civil war, or what remains bloodiest phase of postwar terrorism that was the work of the Organisation Armée Secrète (constituted by disaffected French army officers and white settlers angered by France’s withdrawal from Algeria at the end of the Algerian War).  It is likely that French tourism will suffer (tourist numbers in Paris over the past year appear to have declined in the wake of last year’s attacks, for example);  but the economic risks of, say, Brexit, austerity measures, or a broader global slowdown are far greater.

The potential for political leaders to mobilize the fear of terrorist attacks to call for further restrictions on civil liberties, and granting police, intelligence services and magistrates greater authority, are likelier to have long-term effects: by reshaping the terms of public debate, and perhaps leading to changes in the constitutional, legal, procedural or policing frameworks for maintaining law and order.  The search for a balance between civil liberties, rule of law and security is a universal challenge for open democracies like France (or Canada for that matter) – the events of the last 19 months have forced the French to face them in particularly painful and urgent ways.