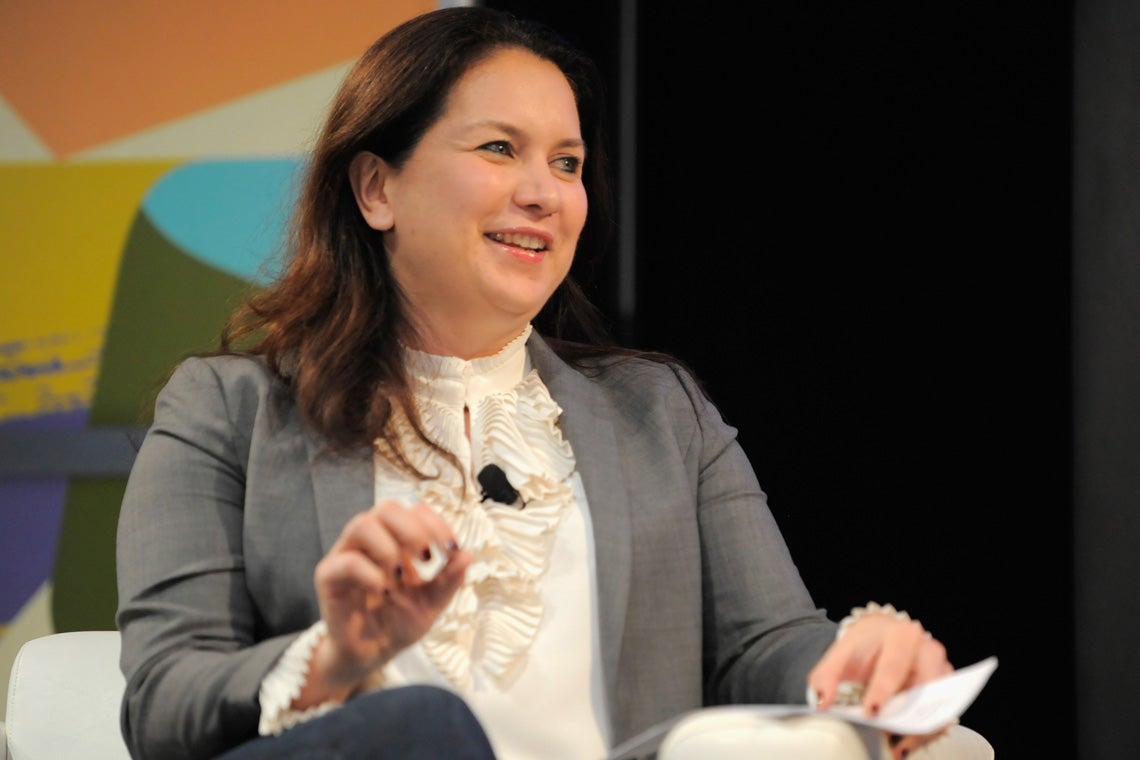 On Friday, the New York Times reporter will be at the University of Toronto sharing what she’s learned in the last five years of covering al-Qaida and ISIS.

She will be part of a panel discussion at the Rotman School of Management, which includes Janice Stein, professor of conflict management and the founding director of the Munk School of Global Affairs, and Amarnath Amarsingam, who researches extremism at the University of Waterloo.

In an interview with U of T News, Callimachi discussed how she developed her unique style of foreign reporting.

It all started when she was covering West Africa and an al-Qaida affiliate took over Mali in the chaos following a coup. Being among the first reporters to reach Timbuktu after it was liberated, she began collecting documents that showed a clear connection between the extremists in Mali and al-Qaida despite U.S. officials saying the terror group had been decimated following the death of Osama bin Laden.

“I realized there was this hole in the reporting,” she says, adding that like other reporters she was covering the war on terror by talking to Washington officials and analysts, who often were speaking to the same officials.

“Because none of us want to be accused of giving a platform to a terrorist group, we think that contacting them or telling their side of things is somehow bad. But we were getting the reporting wrong because we were going only to the group that’s fighting them, which is the West. If you were covering any other war, you would try to get the other side of the conflict. The fibre of my reporting, what makes it different, is that I’m actively trying to understand the group itself, understand them on their own terms.”

So she began interviewing ISIS fighters in prisons, “listened in” on their chatter in Telegram chat rooms and used social media to track down former fighters like a Canadian citizen who defected from ISIS. The latter, who goes by the nom-de-guerre “Abu Huzayfah,” is the subject of the 10-part series, Caliphate, which debuted April 19.

“What’s remarkable with Huzayfah’s story is that Huzayfah allows us to get behind the mask, and he shows us the struggle that he went though to basically carry out the oldest human taboo – taking another human being’s life,” she says. “It wasn’t easy for him to kill. I think he has an enormous amount of remorse for what he did.”

The podcast is meant to complement her investigation into thousands of internal ISIS documents that she recovered from five reporting trips to Iraq.

The retrieved documents have been most revealing in terms of detailing the day-to-day governance of the group's would-be-caliphate – a fact that has surprised Callimachi, the long-time foreign correspondent who has been covering the Islamic extremism beat for the New York Times since 2014.

She discovered a sales contract for a Yazidi girl who was sold from one man to another, punishments handed out to citizens including a 14-year-old boy who was jailed for laughing during prayer, and detailed documents showing that ISIS was confiscating property and land outside of Mosul that belonged to Shiite Muslims and Christians, and then renting them out to Sunni loyalists.

“There’s a proper contract between the Islamic State and the Sunni civilian where the rent is spelled out and the lease conditions are spelled out, and the lease conditions are like something from my old apartment in New York,” she recalls. “The tenant agrees that the plot can never be subletted. He must ask the Islamic State for permission before making any modifications. He must keep it clean at all times.

“When you see that – it’s always a little treacherous to make comparisons to the Nazis – but it does recall that level of precision in basically documenting their war crimes.”

Callimachi, who has been informed by the FBI on several occasions about threats made against her and her family, says she has made changes to her life. She has scrubbed the internet of any details or references about where she lives. She’s installed a security system at home. And when she travels to Iraq, she has a detailed security protocol including a security adviser who travels with her.

“It comes and goes,” she says, discussing her fears.

“I’m also aware that this is a group that preys on this very thing. They try to freak us out. That’s the whole etymology of terrorism – to create terror. In the moments that I feel fear of the irrational kind, I remind myself, ‘Rukmini, you’re just letting them win. If you let them, then they’ve got you.’”