New way of growing cancer cells, developed at U of T, could speed up the search for new drug treatments 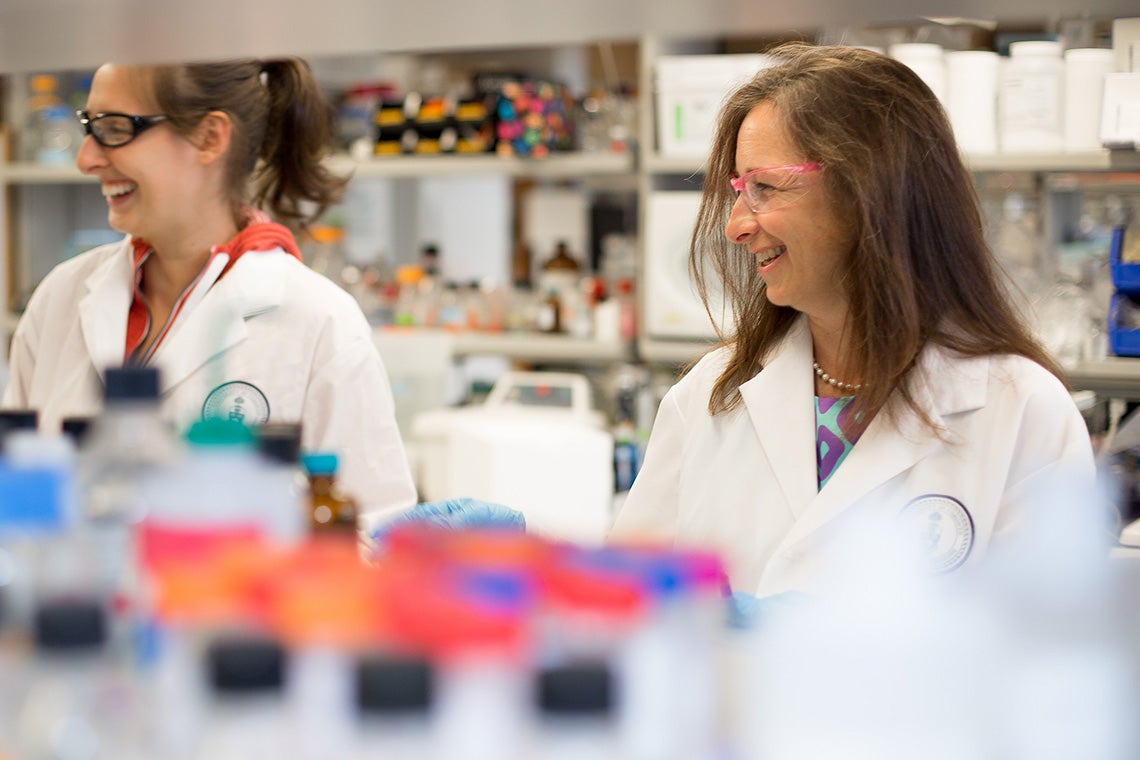 A 3D hydrogel created by researchers in University Professor Molly Shoichet’s lab at the University of Toronto is helping University of Ottawa researchers to screen quickly hundreds of potential drugs for their ability to fight highly invasive cancers.

Cell invasion is a critical hallmark of metastatic cancers, such as certain types of lung and brain cancer. Fighting these cancers requires therapies that can both kill cancer cells as well as prevent cell invasion of healthy tissue. Today, most cancer drugs are only screened for their ability to kill cancer cells.

“In highly invasive diseases, there is a crucial need to screen for both of these functions,” says Shoichet, in U of T’s department of chemical engineering and applied chemistry, and Institute of Biomaterials and Biomedical Engineering. “We now have a way to do this.”

Shoichet and her team are internationally known for their work on hydrogels, jello-like materials based on hyaluronic acid, a biocompatible substance commonly used in cosmetics. In the past, they have used hydrogels to enhance stem cells that are injected in the body to overcome disease or degeneration.

In their latest research, the team used hydrogels to mimic the environment of lung cancer, selectively allowing cancer cells, and not healthy cells, to invade. This emulated environment enabled their collaborators in Professor Bill Stanford's lab at University of Ottawa to screen for both cancer-cell growth and invasion. The study, led by Roger Y. Tam, a research associate in Shochet’s lab, was recently published in Advanced Materials.

“We can conduct this in a 384-well plate, which is no bigger than your hand. And with image-analysis software, we can automate this method to enable quick, targeted screenings for hundreds of potential cancer treatments,” says Shoichet, whose lab is located in the Donnelly Centre for Cellular and Biomolecular Research.

One example is the researchers’ drug screening for lymphangioleiomyomatosis (LAM), a rare lung disease affecting women. Shoichet and her team were inspired by the work of Green Eggs and LAM, a Toronto-based organization raising awareness of the disease.

Using their hydrogels, they were able to automate and screen more than 800 drugs, thereby uncovering treatments that could target disease growth and invasion.

In the ongoing collaboration, the researchers plan to screen multiple drugs at different doses to gain greater insight into new treatment methods for LAM. The strategies and insights they gain could also help identify new drugs for other invasive cancers.

Shoichet, who was recently named a Distinguished Woman in Chemistry or Chemical Engineering, also plans to patent the hydrogel technology.

“This has, and continues to be, a great collaboration that is advancing knowledge at the intersection of engineering and biology,” says Shoichet.