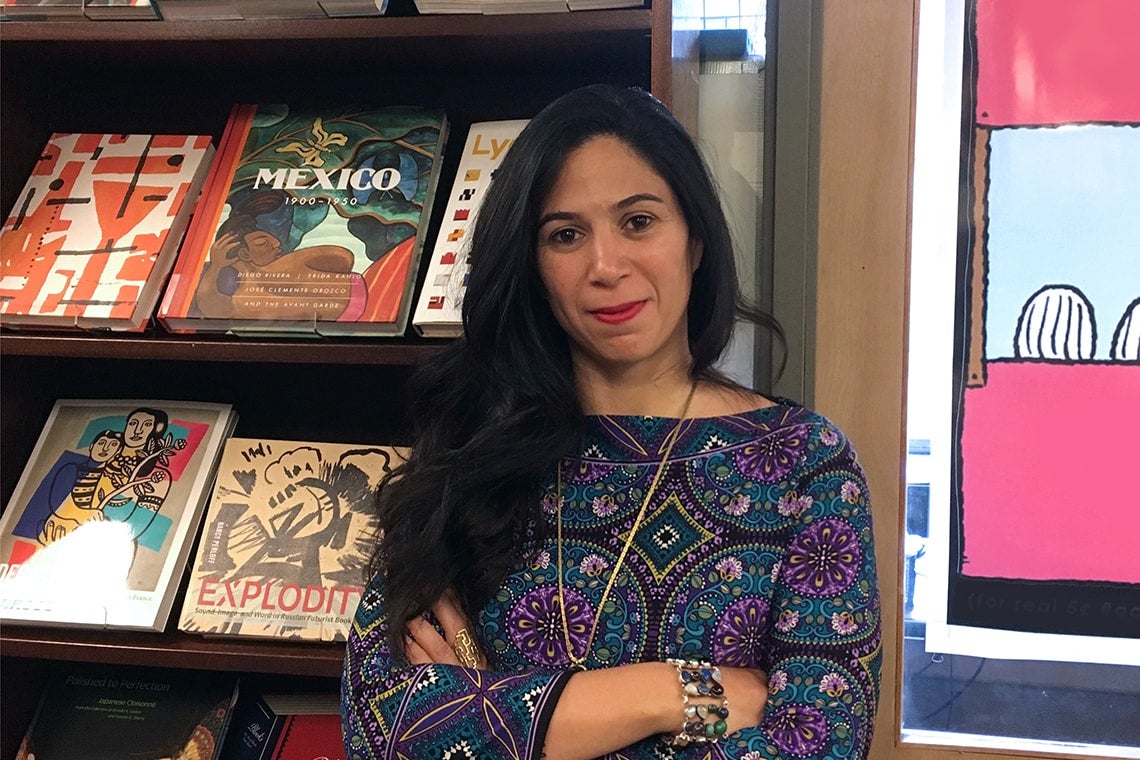 As a scholar of Islamic art and architecture, Heba Mostafa feels she is in the perfect spot as she joins the Faculty of Arts & Science at the University of Toronto this year.

“I’m Canadian, so coming back to Toronto made a lot of sense to me. I was born in Guelph, but raised in Egypt, and that’s where I did my training as an architect,” says Mostafa, who joins the history of art department in the newly created position of assistant professor of Islamic art and architecture.

She says the new faculty position and the opening of the Aga Khan Museum in North York also underscores that U of T and Toronto are becoming a hub of Islamic culture and art.

“It looks like Toronto is staking its claim, and that is a particularly attractive quality not only of the city, but also the university.”

Her research focuses on the interaction of religion and politics in early Islamic architecture, particularly in the early mosque, palace and shrine.

Her fascination with the early Islamic period stems from the fact that it is a “great story” with many unresolved questions. For example, the architectural idiom developed rapidly, with such iconic buildings as the Dome of the Rock in Jerusalem constructed only a few decades after the death of the Prophet Muhammad in the first half of the seventh century, she says.

Like other researchers, she works to dispel the notion that Islam was outside or alien to the early Western world.

“If you have an understanding of Western culture, you can understand Islamic culture very easily, because it’s a product of the same shared history – the late antique world, the period between approximately 250 and 750 CE.”

Islamic architecture reflects the complexity and nuance of its culture in a unique way, and appreciating it deepens that understanding, says Mostafa, who is teaching a course on monuments of the Islamic world this fall, and a graduate seminar in early Islamic architecture in the spring semester.

A trained architect and architectural historian, Mostafa borrows from her background in design to help her art history students in the classroom.

“Art history is often taught as narrative and that is great, but there are other ways to understand a problem, and that’s where I borrow these other methods from design,” says Mostafa.

“They treat the subject analysis as a design problem on some level, and I ask my students to do some mapping and sketching, as using some of the graphical tools from design can be extremely helpful in organizing all of the complexity.”

Mostafa says her goal is to stoke the natural fire and curiosity in her students.

“In the field of early Islamic architecture, there are so many unanswered questions, so they hear these riddles and they feel that they want to try to figure them out, even on the most basic level.”

Ultimately, she wants to help her students develop their analytical capabilities and critical thinking through Islamic art and architectural history so they can apply it to other subjects.

For that reason, she says she’s passionately against “learning” through memorization.

“My goal is for them not to only be able to discuss Islamic architecture, but any architecture. I believe if they understand it, they will never have to memorize anything,” says Mostafa.

“I see it as similar to improvised music. My students should be able to analyze or at least speculate about any artwork, building or city just by looking and asking some basic questions, in the same way musicians can riff on a melody.” U of T expresses solidarity with the Black community 'How do I want to make change in the world?': U of T Mississauga valedictorian focuses on equity and health