New guideline, created with input from U of T researchers, calls for end to routine screening for thyroid disorders 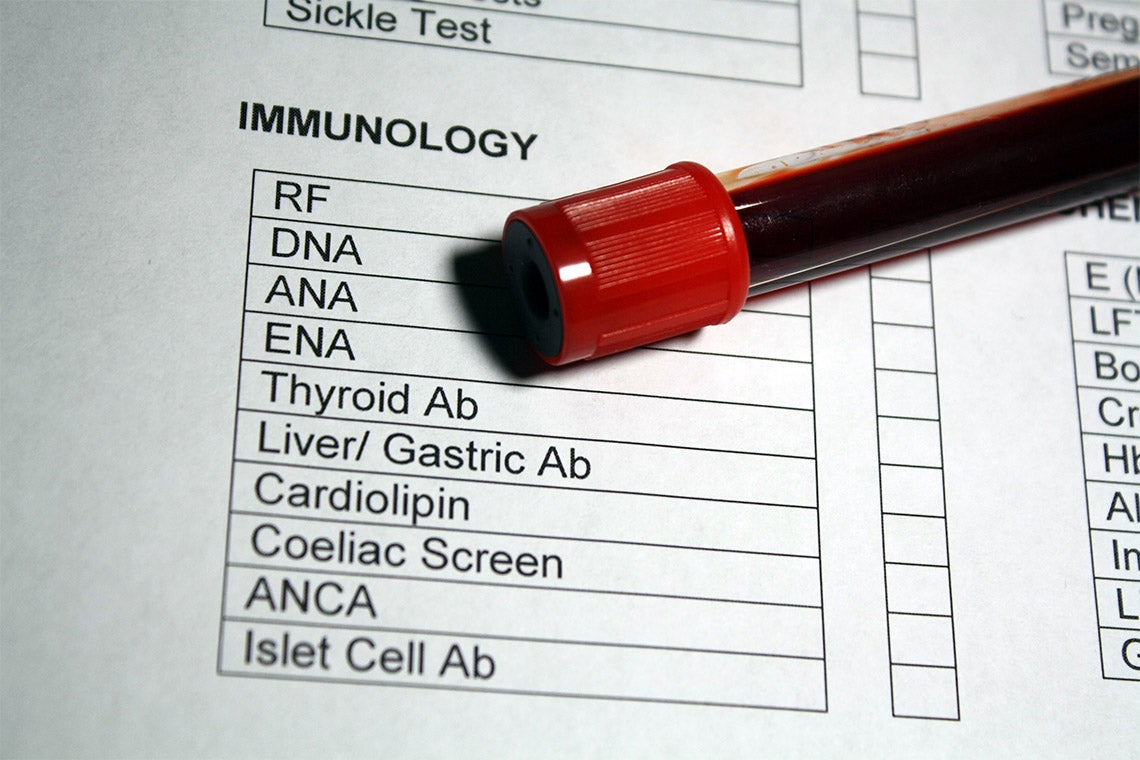 U of T's Donna Reynolds, a member of the Canadian Task Force on Preventive Health Care working group, says the new guideline will avoid “turning a person into a patient when they otherwise didn’t have to be one” (photo by Hailshadow via Getty Images)

Screening for thyroid dysfunction in patients without symptoms does not improve health and creates unnecessary expenses for the health-care system, according to a new guideline from the Canadian Task Force on Preventive Health Care.

Family doctors commonly order thyroid screening tests during routine patient visits. But the task force found no evidence of a benefit to patients in a systematic review of 22 studies on the effectiveness of treatment for abnormal thyroid stimulating hormone (TSH) levels in adults without symptoms. Moreover, harms of unnecessary testing include the need to take medication unnecessarily and have regular medical visits as well as follow-up blood tests to check TSH levels.

The message to family doctors: Stop routinely checking that box on blood test requisition forms for patients without symptoms or risk factors.

“Family doctors thought they were helping the patient by hopefully identifying thyroid disorder early on and preventing negative health outcomes,” says Donna Reynolds, a member of the task force working group who is an assistant professor in the University of Toronto’s department of family and community medicine and at the Dalla Lana School of Public Health.

“Now we’ve found that we weren’t necessarily helping the patient and were potentially causing harm – not necessarily physical harms, but turning a person into a patient when they otherwise didn’t have to be one.”

The Canadian Medical Association Journal published the guideline this week.

Symptoms of thyroid disorder can be quite vague, so the relationship that doctors form with patients over time can give insight into whether certain symptoms are starting to look more like a pattern, says Reynolds, who is also a family physician at Scarborough Health Network.

“The longer you practice, the more you start to see patients with similar complaints, and we put patients on a routine to make sure we don’t miss anything,” says Reynolds. “I think that’s good clinical care, but it’s also important to know if we’re over-treating and over-diagnosing people.”

The Canadian Institute for Health Information and Choosing Wisely Canada have found that up to 30 per cent of medical tests, treatments and procedures in some areas of health care may be unnecessary.

Choosing Wisely Canada has introduced several measures to reduce over-testing, and a recent effort to limit thyroid tests proved successful in a U of T study published last week. Associate Professor Michelle Greiver and other researchers in U of T’s department of family and community medicine led that work, which found a 13 per cent reduction in thyroid tests over two years among family health teams participating in the Choosing Wisely Canada effort. That’s compared to a minor reduction among teams that did not participate.

The group estimated $1.5 million in yearly savings from the reduced number of thyroid tests.

Reynolds and other members of the task force emphasize that the new thyroid screening guideline is for adults with no symptoms or risk factors for thyroid dysfunction.

“It’s good to have a critical eye on what we’re doing and why we’re doing it, and to practise evidence-based medicine to ensure we’re doing the best for our patients,” says Reynolds.