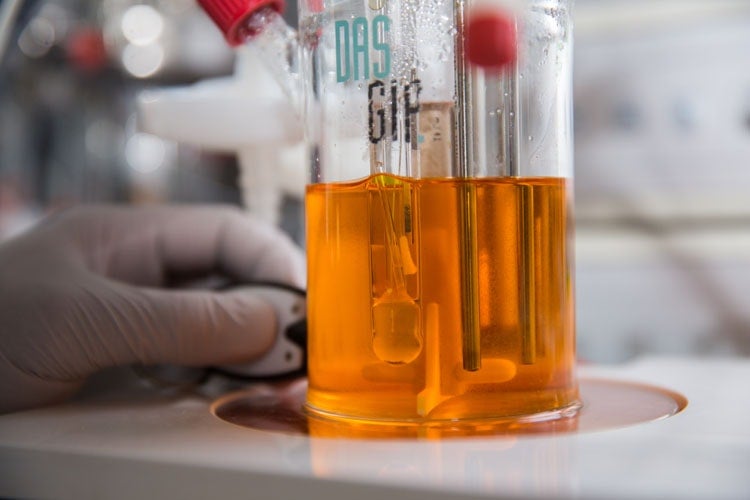 Earlier this week, federal science minister (and University of Toronto alumnus) Kirsty Duncan announced that former U of T President David Naylor would head a blue-ribbon panel that would look at the federal government’s support for fundamental science. The panel, which also includes Naylor’s predecessor Robert Birgeneau, UBC interim president Martha Piper, Research in Motion co-founder Mike Lazaridis and others, has been asked to answer two questions:

The panel’s appointment has been greeted with enthusiasm by Canada’s scientific community. U of T News talked to Dr. Naylor and Minister Duncan about the panel and its work.

Kirsty Duncan: “It’s all about how we can do better” Why is this review of support for fundamental science important?

Our government values science and the work of all our scientists. In the many meetings I’ve had with researchers across the country, the need for such a review came up often. We want to be sure the programs we have are meeting the needs of our scientists, whether from natural sciences, engineering, health sciences, social sciences or the humanities.

I think it’s really importantthat  we bring back science and scientists back to their rightful place in government.

Why did you select David Naylor and the other members of the panel?

As you know, Dr. Naylor brings an incredible wealth of experience to this panel – he’s a physician, he’s a medical researcher, he’s the former president of U of T, he’s been the chair of the national advisory panel on SARS and chair of the advisory panel on health and innovation. I was delighted he’s agreed to do this.

In terms of the panel, we wanted to ensure that it reflected the disciplines of the three granting councils, that it had geographic representation across the country, that we have close to gender parity and also that we have representation from a young researcher. I’m very concerned about our young researchers: getting your first grant at 41 or 43 is unacceptable. They’re our future and we’ve got to get it right.

The panel has some impressive members on it (including two former U of T presidents and a former UBC president). Was it difficult convincing these busy people to serve on the panel?

No. the members were all enthusiastic in their willingness to work together on this review. I think it’s important that people understand that they are volunteering their time. We all want the same thing. We want to ensure we’ve got the right ecosystem to support our scientific community. We want to hear from the scientific community, I want to know what their challenges are, where they see the gaps and how we can do better. It’s all about how we can do better.

The panel is looking at fundamental science. Will you also be looking at applied science in the future?

Fundamental science obviously leads to new discoveries. We want those tight links through to commercialization of new products and new processes as we announced in Budget 2016, I think there is real concern that the pendulum in the past 10 years swung too far in one direction, but absolutely we’ll also be looking at applied research. In fact, yesterday Minister Navdeep Bains [minister of science, innovation & economic development] announced his innovation agenda [Building an inclusive and innovative Canada], and that will be a little more focussed on the applied side but there are no boundaries here. It’s a continuum.

David Naylor: “The Government wanted to send a signal that Canada is going to renew its commitment to free and open inquiry” Were you surprised to be asked to head the panel?

I am always surprised to be asked to lead anything. Even our border collie, Oscar, makes it clear on any walk with me that he is leading and I am following.

Why is the panel important?

A lot of programs have been added to the federal research funding eco-system over the last 30 or so years, and there hasn’t been a comprehensive review of the major funding agencies for as long as I can remember. Meanwhile, global competition in investigator-initiated research is intensifying, boundaries of disciplines are changing and dissolving, and there is wider recognition of the importance of basic science and scholarship in all fields as an engine for innovation at the societal level.

More generally, a culture of free and open inquiry is the cornerstone for a free and successful democratic society. The Harper Government was supportive of research and innovation in many ways, but struggled a bit with that principle of open inquiry. As its term went on, there was growing criticism from the research community about the extent of earmarking or fettering of grant funding and the degree of emphasis being placed on application and commercialization of knowledge rather than generation of new knowledge and ideas. The evergreen question of the balance in support for emerging versus established researchers also surfaced more often. All those considerations, I think, are relevant to the panel’s work.

Why did the minister initiate this exercise?

Minister Duncan and Prime Minister Trudeau have both signalled a keen interest in supporting basic scientific and scholarly research. The minister also has a special concern about support for young scientists and scholars based on her wide consultation with the research community. More generally, I think the Government wanted to send a signal to the research community and to the world that Canada is going to renew its commitment to free and open inquiry.

Should the government make the panel – or a similar body – a permanent structure?

No. We already have national advisory bodies like the Science, Technology and Innovation Council. And I expect that, in the year ahead, the Minister and her cabinet colleagues will sort out what advisory bodies make the most sense for the remainder of the government’s mandate.

You have a tight deadline – a final report by the end of the year – have you hit the ground running on this?

Not fast enough! The key is to get a secretariat up and running as soon as possible.  From past experience, I can attest that is not always an easy task.