NAFTA negotiations may threaten pharmacare: U of T expert 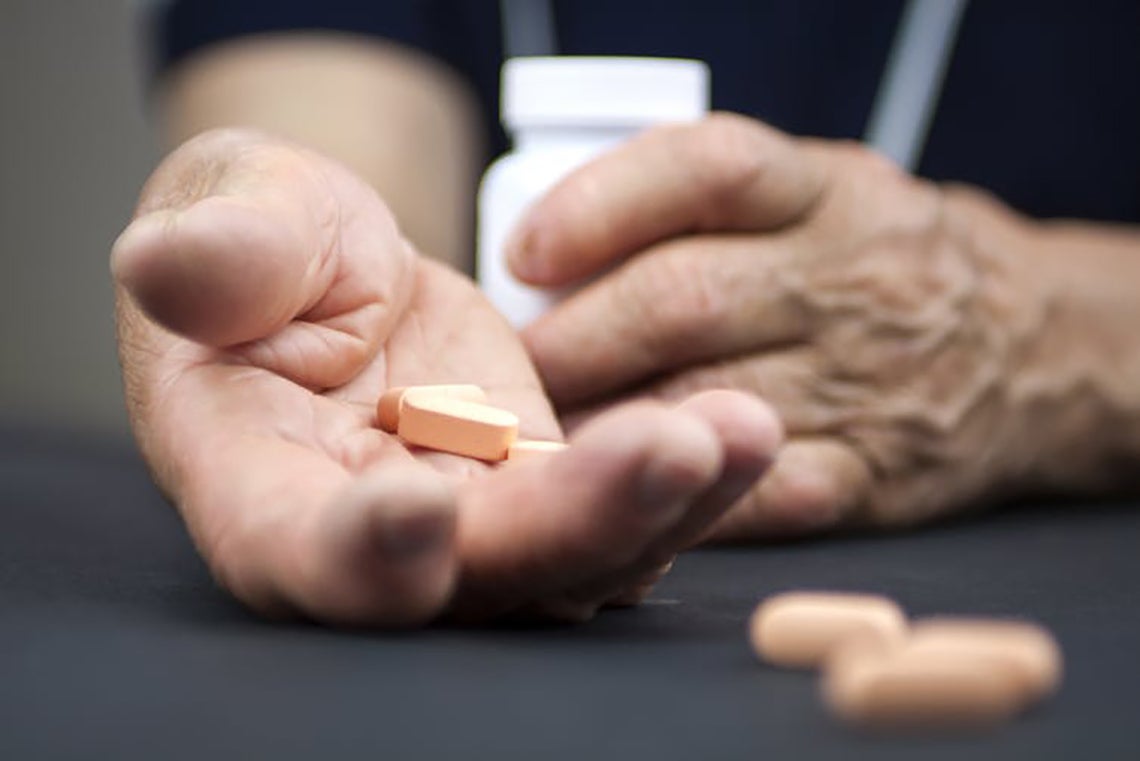 The ongoing NAFTA renegotiations could put a Canadian national pharmacare program in jeopardy, and could have a particular impact on Canadians who need expensive arthritis drugs, says U of T's Joel Lexchin (photo by Shutterstock)

Around 91 per cent of Canadians want a national pharmacare plan, according to a recent national poll, so they don’t have to choose between buying groceries or paying for drugs to keep them healthy.

The same public opinion survey has also found that prescription drug access and affordability are issues for almost 25 per cent of Canadian households.

But depending on what happens with the ongoing North American Free Trade Agreement (NAFTA) renegotiations, the cost of such a pharmacare plan could go up, possibly dramatically.

The data that’s being protected is information about the effectiveness and safety of drugs that comes out of the clinical trials that brand name drug companies do when they want approval to market a new drug.

The data is the private property of the brand name companies and can’t be used by anyone else, including generic companies, for a period of time.

It would be very costly for generic companies to do the original testing all over again, and it would also be unethical because the results of the trials are already known. So generic companies use the data once it’s no longer protected.

Data protection is not a sexy topic, but it’s important in determining how quickly some low-cost generics can reach the market. The presence of generics keeps public drug plans affordable and will be essential for any pharmacare plan.

Right now, seven out of every 10 prescriptions are filled with generic drugs, but paying for generics only uses up 21 cents out of every dollar that is spent on prescription drugs in Canada. A generic prescription is about one-third the price of a brand name one.

Canada used to offer five years of data protection but both the lobby group for Big Pharma here and in the United States found that time period unacceptable.

In the end, as a result of the lobbying efforts by the pharmaceutical industry, Canada amended its regulations on data protection to allow for eight years of data exclusivity. An extra six months is possible if the company marketing the drug is able to determine that children need the drug.

Now comes word that in the bilateral United States-Mexico NAFTA talks, there was an agreement that biologics will have 10 years of data exclusivity.

Biologics are injectable drugs that are used to treat various forms of arthritis, Crohn’s disease and ulcerative colitis (inflammatory bowel conditions), multiple sclerosis and a variety of other diseases.

Biologics can be very effective but they come with a high cost.

According to the latest report from the Patented Medicine Prices Review Board, a federal agency that sets a maximum introductory price for new patented medicines, biologics accounted for seven of the top 10 patented drugs in Canada based on the amount spent in 2017.

No. 1 on the list is infliximab (Remicade), used in the treatment of rheumatoid arthritis and ulcerative colitis, among other illnesses. The average annual cost for a course of treatment with Remicade is close to $29,000 and, in total, just shy of $1 billion was spent on this one medicine alone in 2017 by patients, provincial drug plans and private insurers.

No. 6 on the list is etanercept (Enbrel) also used for various forms of arthritis. The average annual cost for Enbrel is $13,600.

But for some of these biologics, there is the rough equivalent of a generic, known as a “subsequent entry biologic (SEB).” Whereas a single dose of Enbrel costs $406, a single dose of its SEB is only $255 – more than a third less expensive.

If the U.S. pushes Canada to accept the same data protection period that Mexico did, then data protection here goes up by another 1.5 to two years. Then we might very well be spending a lot more on some biologics, because the SEBs will be delayed.

If we want a national pharmacare system, then we need to make sure that our negotiators don’t give in to any American demands about medical data protection.

This article was originally published on The Conversation. Read the original article, including his disclosure statement.