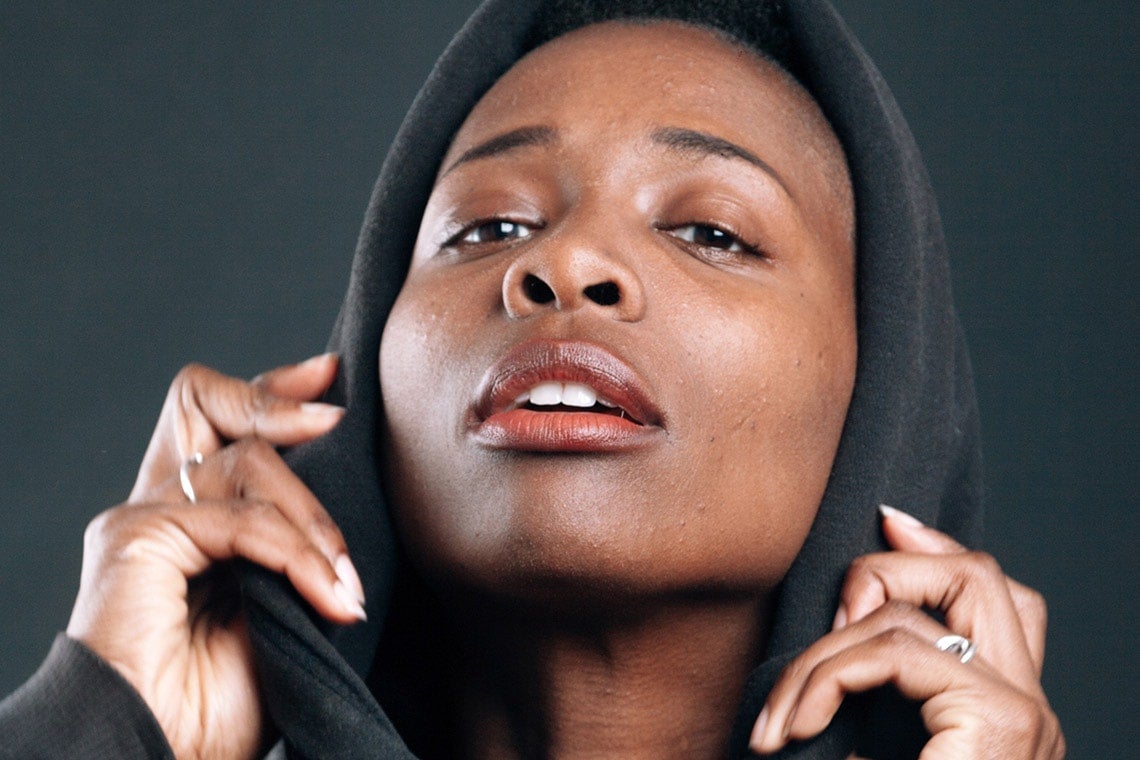 Aisha Sasha John, U of T Scarborough’s new writer-in-residence, is a poet, dancer and choreographer (photo by Yuula Benivolski)

For Aisha Sasha John, this is the second time the University of Toronto Scarborough has been the location for a first.

“My very first gallery show was at UTSC’s Doris McCarthy Gallery, and this is my first academic writer-in-residency, so the fact that they both happened here, completely independently, makes me feel like I have a relationship to this campus,” she says.

John, U of T Scarborough’s writer-in-residence for winter 2018, is a poet, dancer and choreographer. She has published three collections of poems: The Shining Material, THOU and most recently, I have to live. THOU was a finalist for the Trillium Book Award for Poetry and the ReLit Poetry Award.

Her solo dance performance, the aisha of oz, premièred at the Whitney Museum of American Art in New York this past June. Renamed the aisha of is, the show will have its Canadian première in Montreal in April.

John graduated from U of T with a bachelor's degree in African studies and semiotics, and then received a master's in creative writing from the University of Guelph. She has had her work exhibited at the Doris McCarthy Gallery and Oakville Galleries.

From 2015 to 2017, John choreographed, performed and curated as a member of WIVES, a feminist collective based in Montreal and Toronto. In early 2017 she was commissioned by Art Metropole to do a public art residency at Union Station. John invited four other artists to spend a week with her in Union Station’s west wing where each day they collaborated on a performance in response to the directive John designated as the project’s title: Let’s understand what it means to be here (together).

A self-proclaimed “singing dancer,” John describes her various practices as spaces in which she develops critical faculties – as well as undergoes healing.  “In some way – in an important way – my work consists of the knowledge I produce through self-healing.”

John says her work as a poet and performer is inspired by the transformation she sees art produce in herself and others. “I’ll read something or I’ll see a show and afterward think to myself, 'I’m a different person now,’” she says.

The Montreal-born artist says she’s “excited about being part of a university community,” noting U of T’s notable library collections and the university's emphasis on research. She’s also glad to be in Scarborough for the campus environment, especially being surrounded by nature.

On Jan. 24, John will deliver her first reading in the UTSC Library Makerspace. Back in the Makerspace on Jan. 25, she will facilitate a hand-on writers' workshop. In addition to hosting workshops and visiting classes, John will consult with students on manuscripts-in-progress while also working on a new collection of poems.