Moving beyond the ‘ether era’: U of T researcher elected to U.S. National Academy of Medicine for work on anesthesia 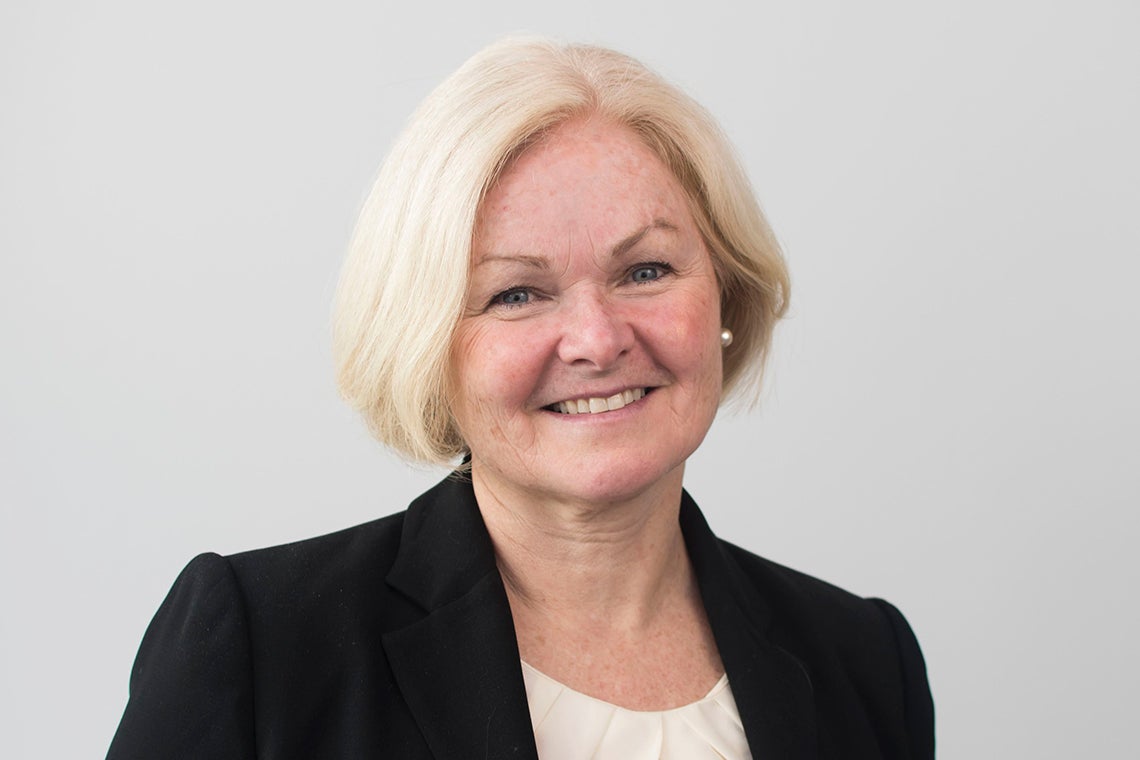 Professor Beverley Orser was one of two University of Toronto researchers elected to the prestigious U.S. National Academy of Medicine in 2018 (photo courtesy of U of T Faculty of Medicine)

Beverley Orser and Zulfiqar Bhutta, both professors in the University of Toronto’s Faculty of Medicine, have been elected to the U.S. National Academy of Medicine – two of only 159 non-American members of the prestigious organization.

The academy’s 2,178 members provide independent advice and analysis to support public health and medicine in the United States. Members are elected on the basis of outstanding professional achievement and commitment to service.

Orser, who is also co-director of research in the department of anesthesia at Sunnybrook Health Sciences Centre, recently spoke with U of T’s Heidi Singer about the honour, and her research.

How will your election to the academy affect your work?

It’s an incredible honour. Understanding the mechanisms of anesthesia is kind of orphaned as a field. Everyone takes the safety of anesthetic drugs for granted, and patients assume we know how the drugs work, but we don’t really. So it can be hard to make people understand why we need to learn about their underlying cellular mechanisms. So this honour brings attention to a field of medical research that’s often ignored.

The field has advanced incredibly, but we’re still in the tail end of the ‘ether era.’ We still use inhaled drugs that cause global neuro-depression – they cause unconsciousness, but they also suppress breathing and blunt vital airway reflexes. We’ve learned how to circumvent those adverse effects through second-by-second monitoring and certain techniques. But what if we had a class of drugs that didn’t cause life-threating adverse effects? Imagine if safe anesthetic drugs were available to people who didn’t have access to advanced monitoring and highly trained anesthesiologists? Safer anesthetics is the dream, but that dream begins by understanding how the medications we have available work.

There’s an even wider value of this research: anesthesia can help us to gain fundamental insights into the molecular basis of the processes we disturb – like memory and consciousness. In order to understand a system, you often have to perturb or disrupt it. These drugs are doing that. The insights we gain extend far beyond the realm of the operative period. The insights we are gaining can impact fields including traumatic brain injury, stroke, dementia and other cognitive disorders.

You’re known for making the connection between anesthesia and memory impairment. Can you explain what that is?

We know memory loss is one of the most important features of the anesthetic state. You don’t want to remember your time while you are undergoing anesthesia and surgery, but how do the drugs cause memory loss? We’ve discovered receptors that are highly sensitive to commonly used anesthetic drugs, which inhibit memory.

And we found these receptors are very sensitive to even low concentrations of drugs that cause memory deficits. And the increase in receptor activity doesn’t go away completely once the drugs are gone. Something is continuing to upregulate the number of these receptors on the surface of neurons that are critically involved in memory. We postulate that’s a major reason why we still see some lingering subtle effects on memory after anesthesia.

Fortunately, those subtle changes in cognition don’t last long in most patients. But they may contribute to serious disorders that occur in the postoperative period such as delirium. In animals, we know that blocking those overabundant receptors will restore cognition in the post-anesthetic period. And we’ve developed new molecules to inhibit the overexpression of receptors and are repurposing drugs that inhibit their function for use in the postoperative period.

There’s also a drug that will reduce delirium post-op in patients, called dexmedetomidine. Although it works on an entirely different receptor system, we discovered that it does reduce the overexpression of these memory-suppressing receptors and restores cognition in laboratory animals. We’ve mapped out that pathway so we can look for other drugs that would do the same thing with fewer side effects. This discovery just further strengthens the hypothesis that overexpression of these “memory-blocking” receptors contribute to cognition deficits in patients.

How might your membership in the academy advance your research in this area?

Anesthesia research is hard to fund, and perhaps this honour will help other investigators. It may help draw attention to studies of post-operative patients such as those who experience acute and chronic pain and those taking excessive opioids or suffer from post-operative depression. It would be a huge advance in the war on opioid addiction if physicians could reduce the amount of opioids they give out after surgery, when dependency often begins.