The more women in government, the healthier a population: U of T expert 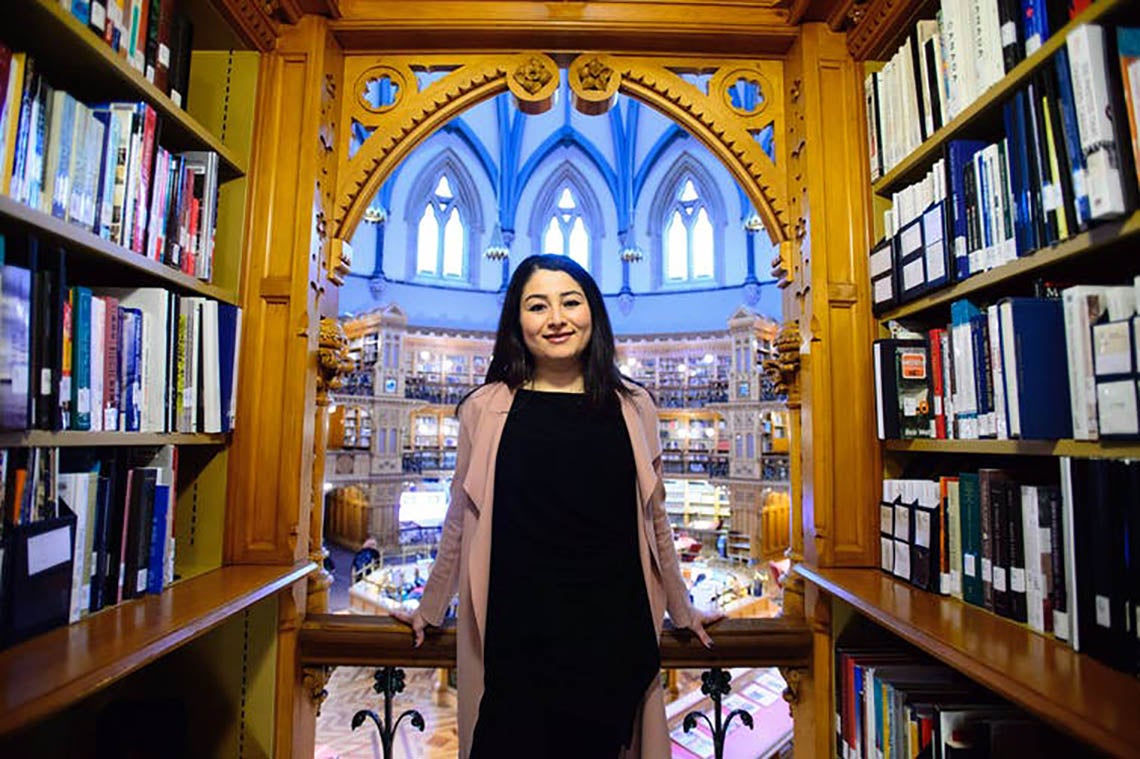 Canada’s Minister of the Status of Women Maryam Monsef is pictured in the Library of Parliament on Paliament Hill on Feb. 28 (photo by Sean Kilpatrick/The Canadian Press)

In November 2015, Prime Minister Justin Trudeau formed the first gender-balanced cabinet in Canadian history. In announcing his cabinet, he ensured that half of his closest advisers (15 out of a total of 30) were women.

Canada’s gender-equal cabinet vaulted the country from 20th  to fifth place in the world in terms of percentage of women in ministerial positions.

When reporters asked Trudeau about why gender parity was important to him, he retorted: “Because it’s 2015.” His simple yet momentous response resonated with those committed to equity, diversity and inclusion.

As public health researchers, this got us thinking – if increasing the number of women in positions of power promotes gender equity, could it also promote population health and well-being?

Our findings, published recently in the journal SSM - Population Health, support the argument that yes, women in government do in fact advance population health.

We first dug into the research literature to see how male and female politicians might differ from each other. Compared to their male counterparts, female politicians are more likely to hold left-wing attitudes (with regard to issues such as civil rights, social equality and egalitarianism) and substantively advance women’s rights in areas such as pay equity, violence against women, health care and family policy.

Next, we examined whether there’s a historical association between women in government and population health among Canada’s 10 provinces. Between 1976 and 2009, the percentage of women in provincial government increased six-fold from 4.2 per cent to 25.9 per cent, while mortality from all causes declined by 37.5 per cent (from 8.85 to 5.53 deaths per 1,000 people).

Using data from provincial election offices and Statistics Canada, we found that as the average percentage of women in government has historically risen, total mortality rates have declined.

This link does not of course mean that the increase of women in government has directly caused the decline in mortality.

Interestingly, women in government in Canada have had a bigger effect on male mortality rates than on female rates (1.00 vs 0.44 deaths per 1,000 people).

We also found a pathway that connects women in government, population health and the potential role of partisan politics. In an earlier study, we found that four types of provincial government spending are predictive of lower mortality rates: medical care, preventive care, other social services and post-secondary education.

When we tested government spending as a mediating factor, we found that women in government in Canada have reduced mortality rates by triggering these specific types of health-promoting expenditures.

We also found that there was no relationship between the political leanings of women in government – whether they belonged to left-wing, centrist or right-wing parties – and mortality rates.

Ideological differences among social democratic (for example, NDP), centrist (for example, Liberal), and fiscal conservative (for example, Conservative) political parties seem to be less important to mortality rates than increasing the actual number of women elected to government.

This finding supports the idea that women in government tend to work in more collaborative and bipartisan ways than their male counterparts.

It’s now 2019 and leading public health scholars still tend to downplay the potential effects of political determinants such as gender politics on population health. Instead, they opt to focus almost exclusively on individual and social determinants of health.

We believe gender politics matters in public health because it helps to determine “who gets what, when and how.”

We believe that electing more women in government not only promotes gender equality and strengthens democratic institutions but also makes real and substantive contributions to government spending and population health.

Given that women in government can bring about desirable changes in population health, let’s figure out how we can genuinely level the political playing field for women.