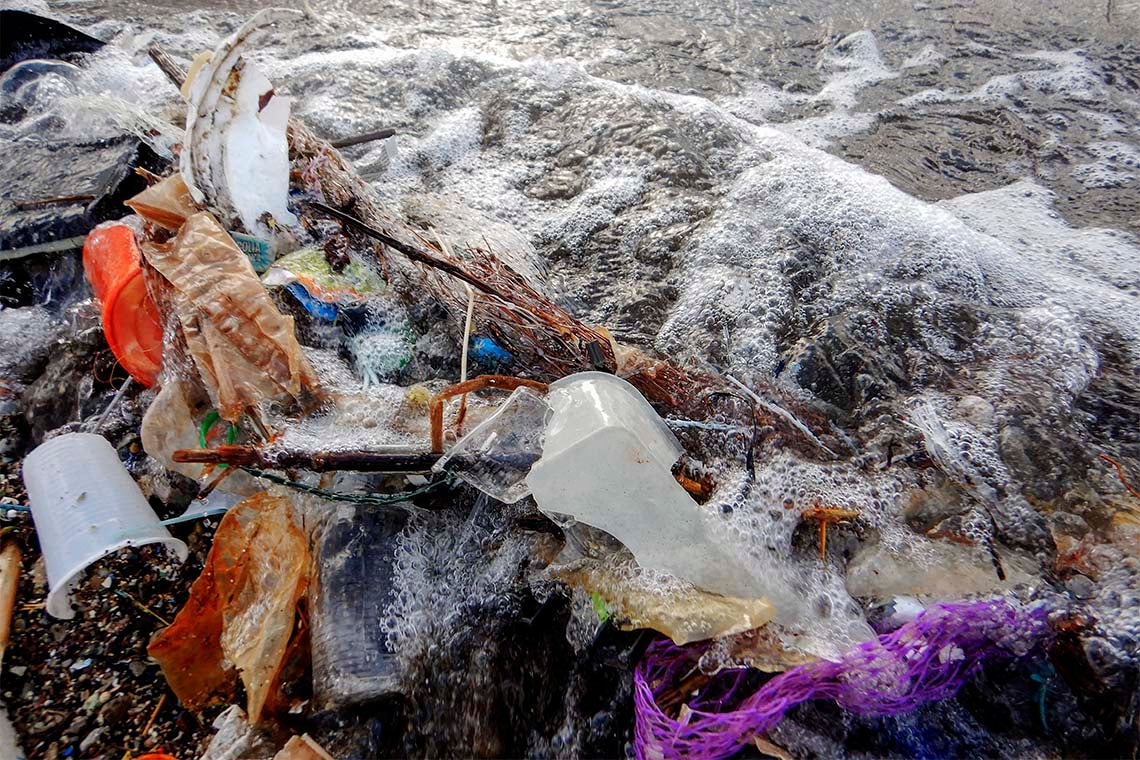 The Schmidt Ocean Institute, founded by Wendy and Eric Schmidt, former CEO and chair of Google, was established to accelerate ocean research and conservation through data and technology (photo by Salvatore Laporta/KONTROLAB/LightRocket via Getty Images)

By 2050, there could be more plastic in the world’s oceans by weight than fish.

This was just one of many shocking statistics philanthropist Wendy Schmidt presented at a recent University of Toronto School of the Environment lecture titled “What We Don’t Know About the Oceans Can Kill Us.”

“I'm worried that growing populations are failing to understand how intimately the future of humanity is tied to the living systems around us, including the ocean,” said Schmidt, the president of the Schmidt Family Foundation and co-founder of the Schmidt Ocean Institute.

She added that she hoped to “offer new ways of thinking about the human impact on ocean health and to encourage public changes in behaviour.”

Schmidt explained that, despite all of today’s technology and exploration of other areas, such as outer space, we still know relatively little about the ocean.

What we do know is that our oceans are under attack.

“We couldn't be harming the ocean more if we tried,” said Schmidt.

Oceans are being threatened on several fronts – from environmental disasters and plastic waste to the changing  composition of the ocean’s water, which makes it inhospitable to marine life.

Schmidt alluded to several disastrous oil spills, including “the worst oil disaster in the history of the United States that nobody knows about.”

In 2004, Hurricane Ivan swept across the Gulf of Mexico, bringing with it waves over 20 metres high and 230-kilometre-per-hour winds that toppled an oil rig off the coast of Louisiana.

Six years later, scientists were monitoring the aftermath of the better-known 2010 Deepwater Horizon oil rig spill a few kilometres north and discovered that the 2004 spill was still going on relatively unchecked, with thousands of litres of oil leaking into the ocean every day.

“Multiply this by 15 years and you have one of the worst disasters in history with no fix in sight,” said Schmidt.

“By 2015, the world was producing 322 million metric tons of plastic every year. How much is that? Picture 900 Empire State buildings of plastic waste being produced every year.”

Not surprisingly, that has led to enormous islands of floating plastic.

“You've heard about the great garbage patch in the Pacific Ocean, but there is plastic in every ocean with billions of pieces of children's toys, household goods and medical equipment. And 40 per cent of what we find is food packaging.” 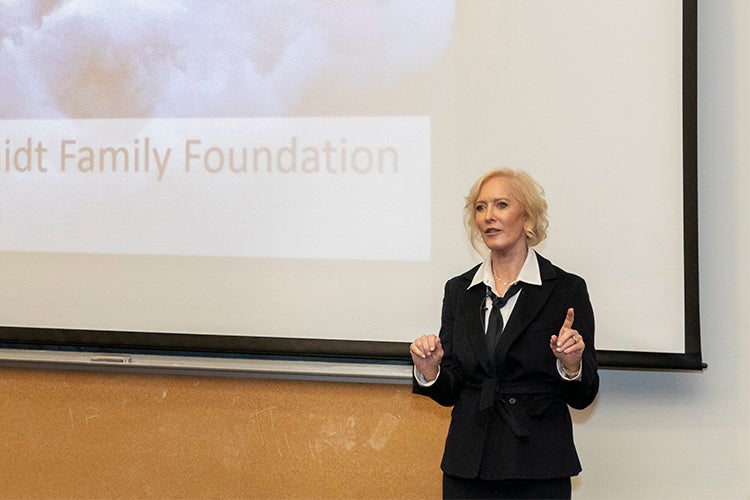 Those are the threats we can see, but the ones we can’t – changes at a chemical level – are just as devastating. “We’re rapidly altering the basic chemistry of the ocean,” said Schmidt (left).

Pollution leads to the rapid growth of algae blooms, restricting sunlight into the water, which, in turn, interferes with photosynthesis. When that happens, oxygen isn’t created and “dead zones” appear.

“In 2017, we saw the largest dead zone ever recorded in the Gulf of Mexico,” said Schmidt. “It was the size of New Jersey. Some dead zones occur for days and even months at a time, showing up like the flip of a switch, killing everything that can't swim away.”

Last year, more than 500 low oxygen zones were recorded around the world’s coastlines, a number that has multiplied tenfold since the 1950s, according to Schmidt.

Despite the myriad threats and damage, there’s reason for optimism. The Schmidt Ocean Institute is supporting projects and technologies that it says have the potential to reverse the damage. In 2013, Schmidt introduced the institute’s vessel, Falkor – a floating lab that has welcomed more than 850 scientists and student researchers and traveled a distance equal to 10 times around the world.

“We offer science teams access to our ship’s computing laboratories, growing suite of robotic and mapping tools and a testing ground for new marine technology, all in exchange for one thing: the real time sharing of data,” said Schmidt.

“Our expeditions are multidisciplinary, bringing together mapping, morphology, geology, microbiology, chemistry and even art. Their combined work is accelerating our understanding of ocean systems and leading to their increased protection.”

Back on the water’s surface, the Schmidt Ocean Institute is also supporting promising marine technologies like saildrones – small wind- and solar-powered vessels that can generate ocean data collection at a low cost.

The institute is also supporting the work of scientists who are developing techniques to plant coral and rapidly accelerate their growth with genetic strands resilient to future ocean conditions.

Another promising technology is the “bubble barrier,” which is designed to stop plastic waste from traveling from rivers into oceans. It consists of a tube placed on the bottom of a river to pump air and create a curtain of tiny bubbles that blocks plastic items but not the passage of fish or ships.

Schmidt’s organization has also created partnerships with international sailboat racing organizations, “taking it from a sport without awareness, to one that is a leading advocate for ocean health and material responsibility.”

“We're doing this through grants and sponsorships for teams and race organizers, as well as local organizations working to clean up waterways, deliver clean drinking water without plastic bottles and educate young sailors about their responsibilities on the water,” said Schmidt.

Graham Huber, a marketing and communications manager with U of T’s Rotman School of Management, praised Schmidt’s presentation.

“I thought it was the right mix – a balance between being truthful about the current state as well as projecting a future in which there is much opportunity,” he said.

Toronto artist, Linda Semple, attended the lecture with a newfound interest in environmental issues, thanks to her son’s involvement with the Green Party of Canada.

“I’m fairly aware, but some of the information was really eye-opening,” she said. “I feel there’s some doom and gloom about our planet, and our wasteful ways. We need to have people with money to put into research.”

Schmidt is answering that call. She began her presentation by announcing a $1 billion philanthropic commitment, on behalf of herself and husband Eric Schmidt, a former CEO and chair of Google (now Alphabet), to identify and support talent across disciplines and around the globe to help address the world’s most pressing problems, including ocean health.

She concluded her talk by saying, “Think of the ocean as your life support system and think about how it connects to your life. Never forget the primal power of the ocean system, the one that keeps us all alive.”

Faculty of Arts & ScienceOceansRotman School of ManagementSchool of the EnvironmentSustainability