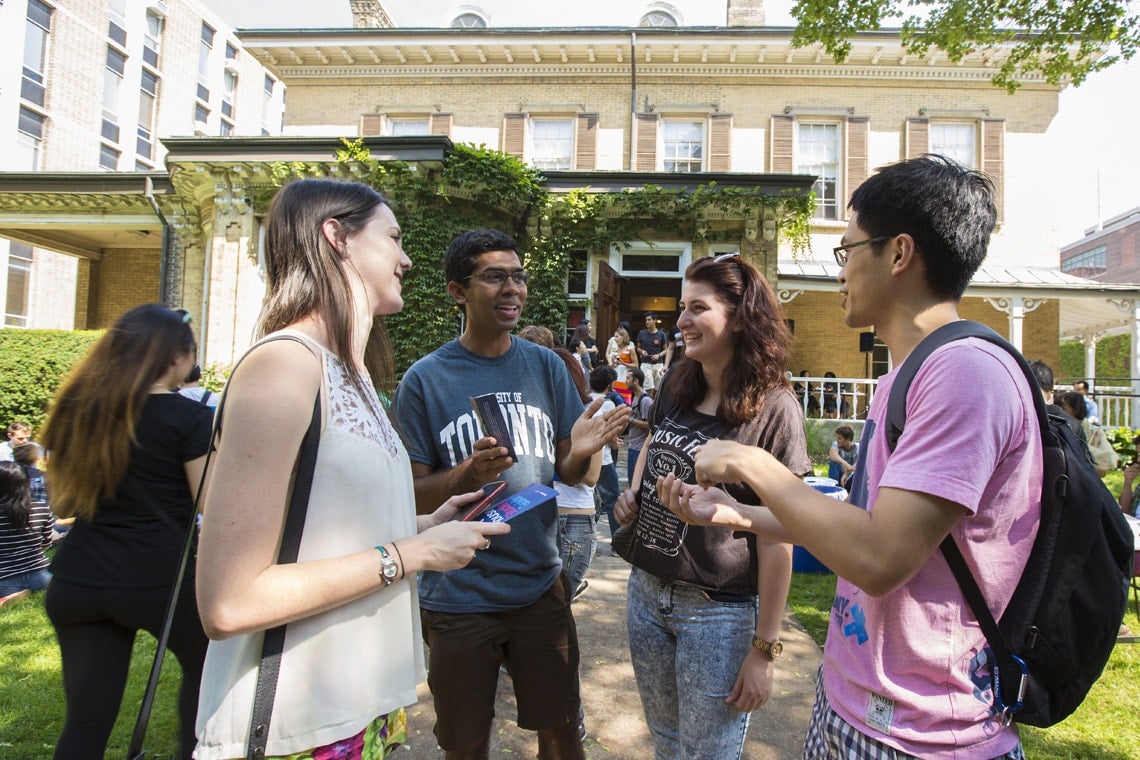 The Hindustan Times reports that 100,000 students are now in Canada studying in colleges and universities like U of T (photo by Johnny Guatto)

A record number of Indian students were admitted to Canadian colleges and universities in 2017, with 100,000 students now coming from India for higher education.

The Hindustan Times tallies the numbers using data for study-permit holders from Immigration, Refugees and Citizenship Canada (IRCC), and suggests U.S. President Donald Trump's immigration restrictions may be part of the reason for the surge.

“I think there’s real intent on the part of this government to reach out globally and to continue to make Canada a welcoming nation, including at a time when not every other nation in the world is sending that signal,” U of T's vice-president international Professor Ted Sargent told the newspaper. “At U of T, we are in this special situation: We’re in Canada’s largest city. It’s incredibly multicultural, and it’s an incredibly inviting city, and we’re right at the heart of it.

“When other nations are going the other way, it’s even further to our advantage.”

Read the full story in the Hindustan Times

Sargent was in India as part of a “university-wide approach” to recruiting. University officials go to India in the fall to raise interest among prospective students and then return in March to follow up with them. It's a strategy that Sargent said was “certainly new for us and represents an increased emphasis on India engagement.”