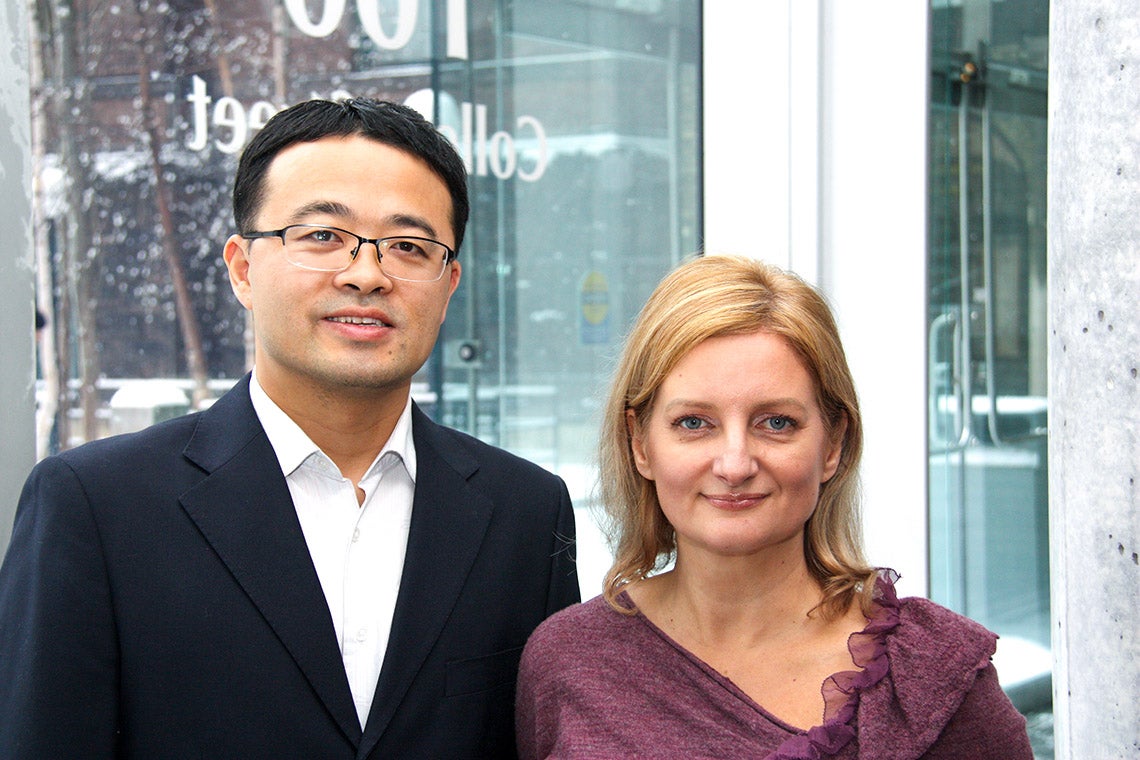 Researchers at the University of Toronto have discovered how a brief disruption to a molecular pathway in the guts of mice before they are born can compromise immunity in adulthood to a common and often deadly intestinal virus.

The researchers found that in utero inhibition of molecular signalling in the “lymphotoxin pathway,” long known as important in the development of the immune system, prevented a robust antibody response in adult mice to rotavirus. In humans, rotavirus causes an estimated 215,000 deaths annually, mostly in the developing world.

That early disruption limits the ability of the immune system to later trigger and generate production of Immunoglobulin A (IgA) antibodies, the researchers showed. It also interferes with the nature and function of cells in the gut that support the antibody response, called mesenteric lymph node stromal cells. The research was recently published in the journal Science Immunology.

“It was surprising that these non-immune stromal cells were so important to the immune response,” says Jennifer Gommerman, a professor of immunology in U of T’s Faculty of Medicine and principal investigator on the study.

“It turns out that stromal cells affect the ability of immune B cells to produce IgA that neutralizes rotavirus. We’re just beginning to understand the influence these stromal cells can have.”

Gommerman says the findings highlight the growing importance of research on the environment in which immune cells function. “We typically think of a lymph node as just a bag of lymphocytes, but there is also this supporting structure that clearly has an active role in shaping immunity.”

The study’s first author, post-doctoral researcher Conglei Li, identified a broad subset of stromal cells that affect the immune response to rotavirus. But the key players are likely a subset of that subset, Gommerman says. New technology known as single-cell RNA sequencing should soon enable researchers to identify many more of those cells, she adds.

That work could, in turn, lead to a better understanding of the genetic and environmental factors that may undermine immunity to rotavirus in the developing world, where rotavirus vaccines are much less effective than in high-resource settings.

Gommerman says that while several dysfunctions in the immune system likely contribute to reduced immunity to rotavirus in low-income countries, the current study offers a hint that prevention may be possible.

“The thinking would be that if you’re pregnant in a resource-depleted area, you may take a dietary supplement at a specific point to ensure proper development of tissues that support immunity, and which enable a vaccine to be more effective,” she says.

That kind of intervention is likely a long way off, adds Gommerman, and replicating her results in human pregnancy presents obvious ethical problems. A more immediate next step for her lab is a collaborative study on IgA immune responses to other pathogens such as norovirus, another highly contagious disease.

A focus on single pathogens is useful in studies of IgA, according to Gommerman, because so many factors can influence IgA response. “If you simplify the system of study, you get more predictable kinetics and can ask more discrete questions,” she says. “We’ve made a contribution with that approach on a question that has been percolating in several labs for years. That feels good.”