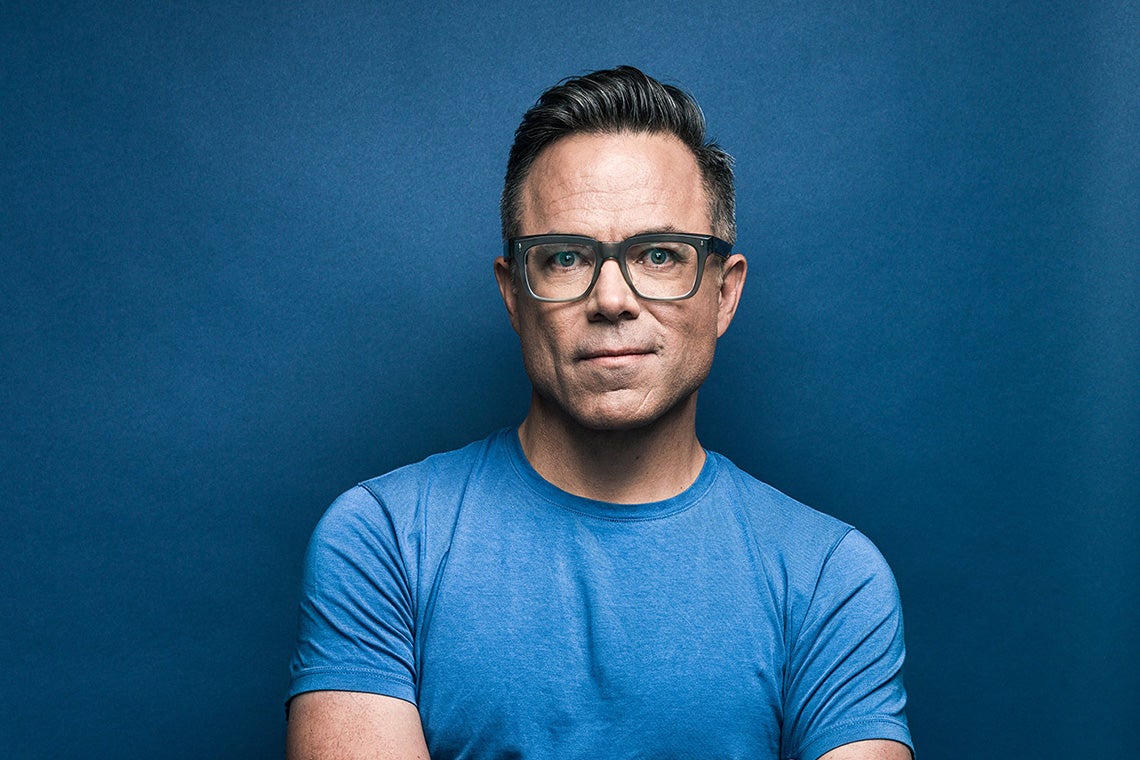 The University of Alberta's Timothy Caulfield will discus the issue of misinformation on Sept. 22 at the U of T Mississauga’s annual Snider Lecture (photo by Curtis Trent)

Shortly after the World Health Organization (WHO) declared a pandemic due to the coronavirus in March 2020, officials at the United Nations agency began discussing a different scourge: an “infodemic.”

According to the WHO, which popularized the term in recent years, “an infodemic is too much information, including false or misleading information, in digital and physical environments during a disease outbreak.”

The term isn’t new to Timothy Caulfield. The author, professor and researcher has been writing about misinformation for years – in all its forms. Two of his books focus on health and wellness myths.

“When I first started working in this space, it seemed like a fringe topic,” says Caulfield, a professor in the Faculty of Law and School of Public Health at the University of Alberta who will be tackling the topic on Sept. 22 at the University of Toronto Mississauga’s annual Snider Lecture, which will be held live online via YouTube.

Caulfield, who is Canada Research Chair in Health Law and Policy and research director of the U of A’s Health Law Institute, says that an issue once considered niche has now become front and centre in society.

“I think more and more people are taking this topic very, very seriously. Whether you’re talking about the United Nations, the World Health Organization, the federal government – this topic matters.” 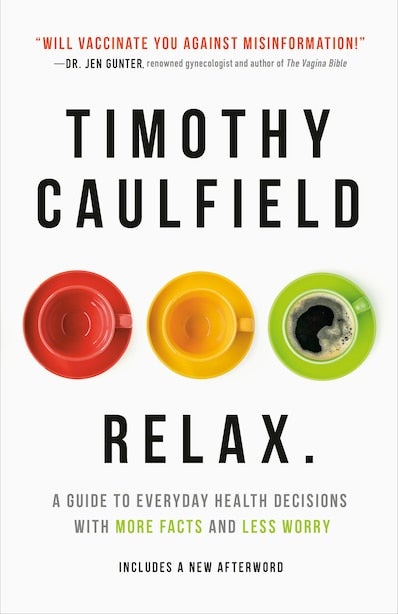 In his latest book, Relax: A Guide to Everyday Health Decisions with More Facts and Less Worry, Caulfield delves into a common misinformation trap: equating causation with correlation. That is, expecting one event to cause another, when in fact there’s only a correlation linking the two events. For example, while there have been studies indicating a correlation between cancer and stressful lives, as the Canadian Cancer Society notes: “research has not proven a definite cause-and-effect relationship between stress and cancer.”

So why does the misconception persist?

“It’s just so intuitively appealing to people,” Caulfield says of the phenomenon of correlation/causation confusion. “We're all sort of psychologically hard-wired to see connections when maybe they don’t exist.”

That’s not to say correlation data is irrelevant, Caulfield says. For example, early on it helped suggest the detrimental effects of smoking and added to the body of research that eventually included evidence of causation.

Avoiding correlation/causation confusion is just one way we can help combat misinformation in our lives. Caulfield also recommends asking yourself what kind of evidence is being used to support a claim – especially one that sounds outrageous or too good to be true.

And he recommends taking a beat. Pause before reacting.

We need to arm ourselves, Caulfield says, because he predicts the infodemic is going to get worse.

Caulfield says increasingly sophisticated technology such as deepfake videos will continue to pose a challenge for all of us as we go about our busy lives.

The good news? We’re going to get better at responding to it. “We have more and more research into how to respond, what the nature of the misinformation is and how it spreads,” Caulfield says. “So it’s getting worse but people are taking it more seriously and I think the response is going to get better.”