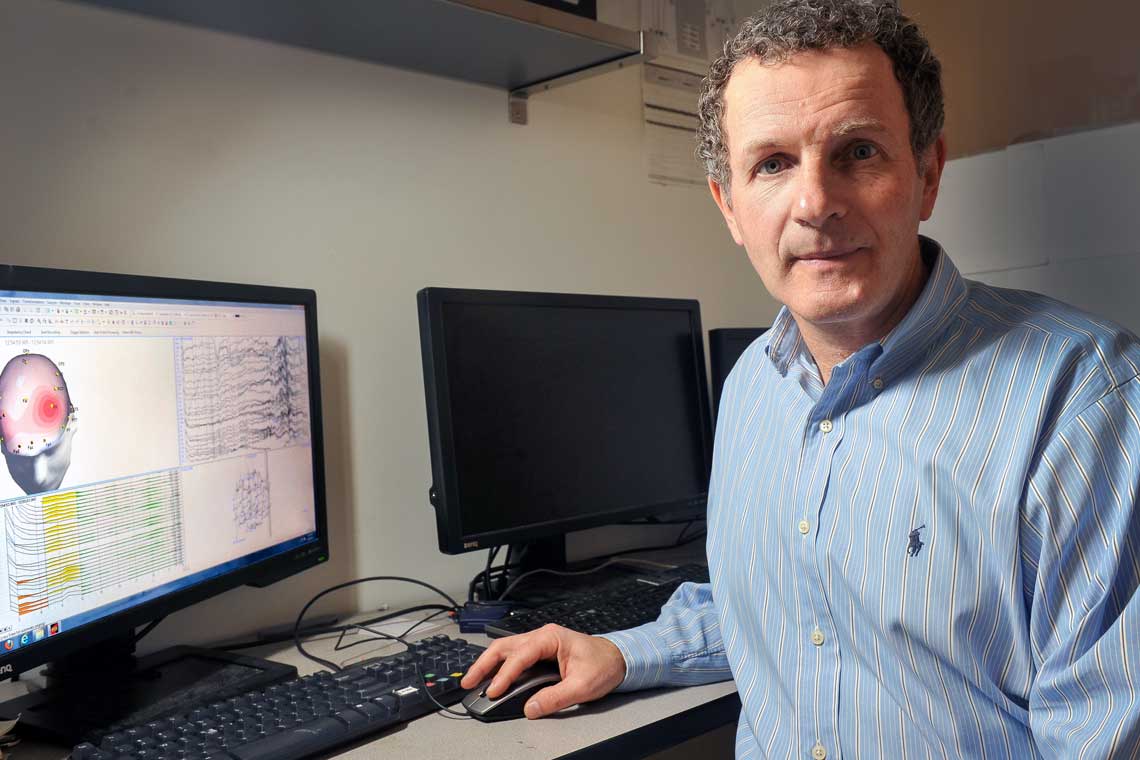 “There’s no question that depression can wreak havoc in people’s lives,” says Professor Zindel Segal. “It’s vital to provide patients with an approach that will help them prevent the return of symptoms once they are feeling better.”

A mindfulness-based therapy co-developed by a University of Toronto psychology professor can help prevent the recurrence of major depression according to a large international study on its effectiveness.

The study involved the largest meta-analysis ever conducted on the effectiveness of Mindfulness-Based Cognitive Therapy (MBCT), a group-based psychological treatment that combines the tools of cognitive therapy with the practice of mindfulness meditation.

Read about the study in The Independent

“It’s encouraging that MBCT is proving to be an effective treatment in preventing the recurrence of depression,” says Professor Zindel Segal of U of T Scarborough, whose pioneering work helped in developing MBCT.

“It means there’s greater confidence in recommending it as a treatment option and getting more mental health workers trained on how to effectively deliver it.”

Among the key findings in the meta-analysis was that people who received MBCT were 31 per cent less likely to relapse to depression during a 60-week follow-up than those who did not receive the treatment. Factors such as age, sex, level of education and age at which participants first became depressed did not influence the effectiveness of the treatment.

Also, people who experienced more symptoms of depression when they entered treatment tended to show greater benefit from MBCT compared with other treatments.

Four of the of the nine trials also compared MBCT combined with antidepressants to just antidepressant treatment alone and found those who received the combined treatment were 23 per cent less likely to relapse to major depression.

“This suggests that people can continue taking an anti-depressant and gain the benefit of being protected against relapse, but if for some reason the anti-depressant stops working or if they have a high side effect burden, it’s really helpful to know there is this other approach,” says Segal.

MBCT combines skills from two different approaches to prevention that have been shown to be effective. For one, it uses the skills of cognitive therapy to teach patients how to recognize old habits of mind that may promote rumination and brooding. It also uses the practice of mindfulness, allowing patients to work more effectively with their negative thoughts and moods when they arise.

“Depression sufferers already have the daunting task of looking after themselves,” says Segal. “By arming them with ways to recognize depressive symptoms earlier, and giving them the tools to work with their thoughts and feelings, it may prevent these episodes from gathering steam and pulling them further downwards.”

“There’s no question that depression can wreak havoc in people’s lives, not to mention the high rate of suicide associated with it. It’s vital to provide patients with an approach that will help them prevent the return of symptoms once they are feeling better,” says Segal.

The meta-analysis, which will be published in the Journal of the American Medical Association, included nine trials conducted in the United Kingdom, Belgium, Canada, the Netherlands and Switzerland using data from 1,258 participants.

“While MBCT is not a panacea, it does clearly offer those with a substantial history of depression a new approach to learning skills to stay well in the long-term, and offers people a safe and empowering treatment choice alongside other mainstay approaches such as cognitive-behaviourial therapy and maintenance antidepressants,” he says.

“We need to do more research, however, to get recovery rates closer to 100 per cent and to help prevent the first onset of depression, earlier in life.”