Mind the gap: U of T researcher discovers gigantic hole deep in ice pack of Antarctica 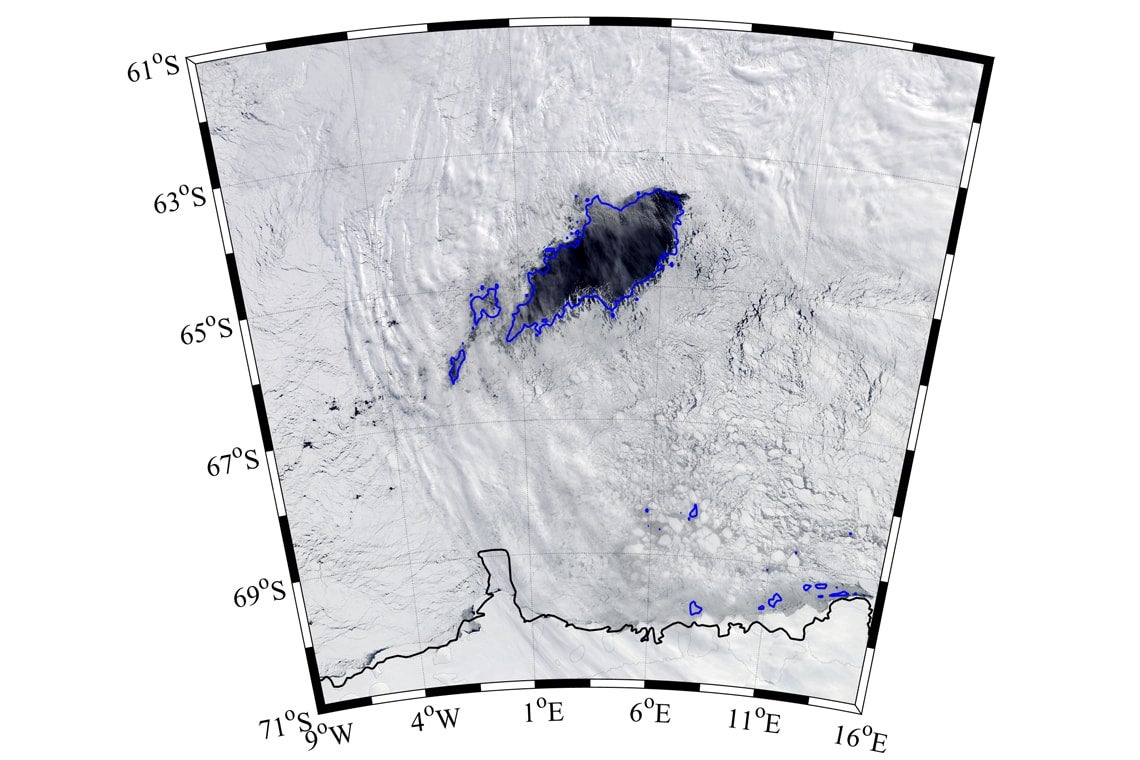 Winter sea ice blankets the Weddell Sea around Antarctica, with the hole or polynya being the dark region of open water within the ice pack (image from MODIS-Aqua via NASA Worldview)

“It looks like you just punched a hole in the ice”

Scientists – including a team from the University of Toronto – have discovered a mysterious hole the size of Lake Superior opening up in Antartica.

But researchers caution that it would be “premature” to blame it on climate change.

Kent Moore, professor of atmospheric physics at U of T Mississauga, told Vice that the hole will have a large impact on the oceans.

Moore has been working with the Southern Ocean Carbon and Climate Observations and Modeling (SOCCOM) project at Princeton University to monitor the area with satellite technology. They're also using robotic floats that are capable of operating under sea ice.

The hole, which is known as a polynya, is about 80,000 square kilometres at its largest, making it the biggest polynya observed in Antarctica’s Weddell Sea since the 1970s.

Moore told Vice: “It looks like you just punched a hole in the ice.”

The Weddell Sea polynya went away for four decades, until it reopened last year for a few weeks.

“In the depths of winter, for more than a month, we’ve had this area of open water,” Moore told National Geographic. “It’s just remarkable that this polynya went away for 40 years and then came back.”

Researchers say that with new ocean measurements, the space-based images and climate models, they're hoping to finally unravel the polynyas’ secrets and their impacts on the climate.

The holes form in coastal regions of Antarctica, but what's unusal here is that this polynya is “deep in the ice pack,” Moore says.

Scientists believe the polynya is formed because of the deep water in the Southern Ocean being warmer and saltier than the surface water. Ocean convection occurs in the polynya by bringing warmer water to the surface, which then melts the sea ice and prevents new ice from forming.