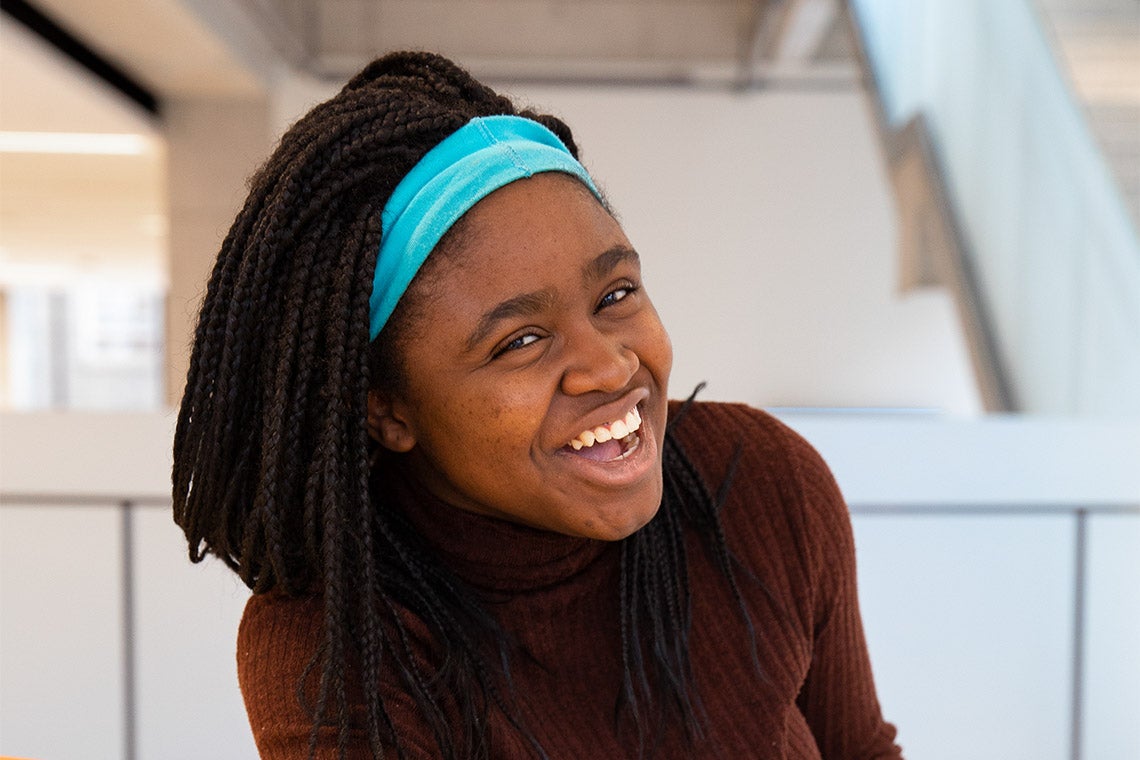 With a spring convocation ceremony scheduled for next week, graduates from the University of Toronto’s Faculty of Applied Science & Engineering are about to mark the end of one journey and the beginning of another.

The six graduates highlighted below are all women from the engineering faculty’s “Grads to Watch 2019” list. Each grad was selected by her home department or institute and embodies the creativity, innovation and global impact that define the U of T engineering community. Read the full list here. 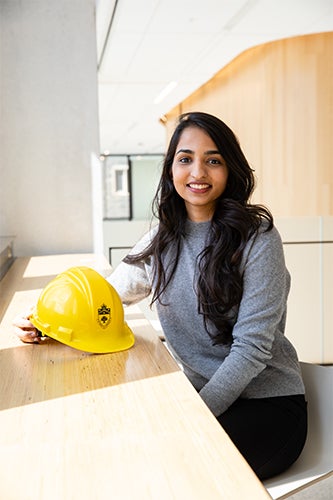 From cancer research to working in a chocolate factory, Twinkle Choubey was eager to try everything engineering had to offer.

“I selected chemical engineering because of its versatility,” she says. “My path has not been linear: I have taken courses in biology, forestry, pharmacology, urban geography and globalization.”

Choubey worked with Jinzi Zheng of the Institute of Biomaterials and Biomedical Engineering on chemical contrast agents that could be used to track tumor cells in the human body. Through the PEY co-op program, she spent a year developing innovative packaging solutions for Mondelēz International, which manufactures a variety of consumer snack foods, including chocolates.

She also co-founded the U of T Chemical Vehicles team, which competes internationally. Launching the initiative to design a vehicle powered only by carefully controlled chemical reactions enhanced her technical abilities and taught her valuable lessons in leadership.

“It was rewarding to see how my role as a mentor allowed me to facilitate the transition into the engineering community for first-year students,” she says. “Some of those same students are now leading the organization I started.”

Choubey is currently working at Hatch, an engineering consultancy.

“My undergraduate degree taught me that the biggest opportunities for growth and development lie just beyond our comfort zone,” she says. “I’ve learned how to embrace challenges, reflect on the lessons, and gear up for the next big trial.” 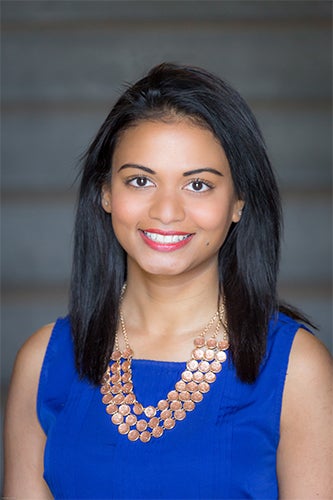 Even before graduation, Amanda Khan was named one of Canada's most powerful women. She also competed on the second season of the CBC reality series Canada’s Smartest Person.

Khan is pursuing a unique degree program that combines an MD and a PhD, and she says she has learned a lot more than medical science.

“The biggest lessons involved dealing with uncertainty, troubleshooting, being your own advocate and persevering despite setbacks,” she says. “All of these abilities will serve me well in the future as I navigate the often uncharted career of a clinician-scientist.”

Khan’s research focused on laparoscopic surgery – also known as “keyhole surgery” – and in particular the force exerted on delicate gastrointestinal tissues by laparoscopic graspers. Her work showed that the range of grasp forces currently in use has the potential to disrupt the outer lining of the intestine and cause complications.

“By highlighting the need to transition to ‘smart’ tools that can quantify grasp pressure intraoperatively, I hope to make this type of surgery safer,” she says.

Khan received a Vanier Canada Graduate Scholarship, a student award for innovation/leadership from the Canadian Medical Hall of Fame and a Perioperative Services Innovation Grant from from the Hospital for Sick Children.

She will spend the next year completing the MD portion of her degree program before becoming a clinician-scientist specializing in radiotherapy. 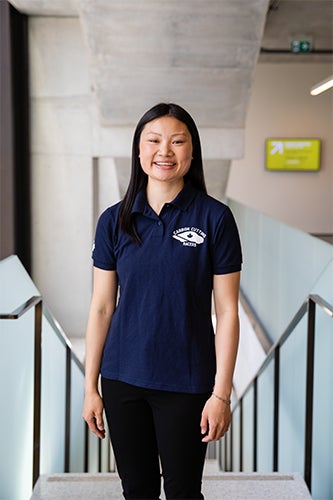 After four years as a member of U of T’s Carbon Cutting Racers and one year on the Blue Sky Solar Racing team, Melissa Fung is used to crossing the finish line. Next week, when she receives her degree at Convocation Hall, she gets to cross yet another one.

Since her first year, Fung’s goal was to make the most of her time at U of T. That’s why, in addition to being team captain of the Carbon Cutting Racers and helping design the ninth-generation Blue Sky Solar Racing vehicle, she also played on U of T’s tri-campus women’s soccer team.

“If I could describe my four years here in one word, it would be ‘challenging,’ because being a team captain of an intensive design team and juggling a full course load is a difficult task. It’s like having two full-time jobs,” says Fung. “But I’ve always welcomed challenges. Juggling course work and team responsibilities has helped increase my productivity and time management.”

After gaining more than a year’s worth of experience working in mechanical design at Thornhill Medical through her PEY co-op, Fung will be moving to the U.K. in the fall to join the landing gear department at Airbus. “I hope to help ‘design the future of flight and help make it fly’ there,” she says.

Even though she’s moving overseas, she will maintain close ties to U of T engineering.

“I plan to mentor the incoming Carbon Cutting Racers team leads. I also hope to be involved in future initiatives with the faculty to inspire and motivate young women to pursue careers in STEM.” 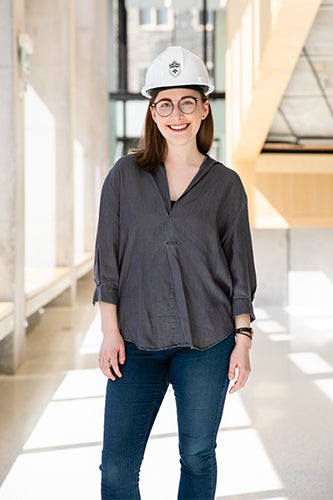 Throughout her undergraduate studies, Samantha Stuart made it a priority to inspire pre-university students to follow suit.

“In high school I benefitted hugely from participating in STEM outreach events such as the Canada-Wide Science Fair, so while in university I wanted to pay it forward,” she says.

In her first year, she was the Ontario conference logistics manager for the student-run non-profit Science Expo Youth Empowerment Group. She also wanted to be a voice for her fellow students at U of T engineering, becoming a first-year department of materials science and engineering class representative.

Her active involvement led to winning an Engineering Ambassador Scholarship from the Canadian Engineering Memorial Foundation (CEMF) in her second year – she was one of only five women from across Canada to receive the award.

“I also really loved being a part of the Engineering Society on campus,” says Stuart. “My proudest moments from EngSoc were creating new outreach events that are still running annually, like the Mentorship Coffeehouse, and developing an online platform for mid-course feedback, SpeakUp.”

She’s also channeled her engineering outreach through public speaking. In 2017, she gave a TEDx talk designed to help the general public understand the critical role engineers play in society. She later spoke at the Canada 2067 Youth Summit in Toronto, encouraging high school students to try their hand at independent research. Recently, Stuart was the alumni ambassador at the 2019 Canada-Wide Science Fair.

Upon graduation, Stuart hopes to continue inspiring young students, as well as fostering her academic passions. After she returns from work and travel on her gap year, she plans to pursue graduate studies.

“In my research career, I aim to work with developing technologies in the innovative materials and product design space, with a lens on bioengineering,” says Stuart. She has recently published a paper on the design and simulation of soft contact lenses with the University of Liverpool.

Asked to describe her U of T engineering experience, Stuart says, simply: “door-opening.”

“Studying here has connected me to incredible opportunities, such as my research exchange to the University of Liverpool and PEY co-op at Synaptive Medical,” she says. 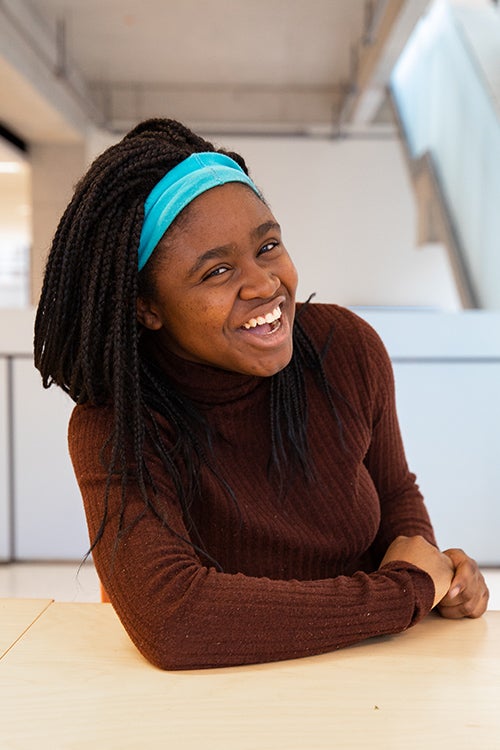 Five years ago, Deb Raji says she had “no clue what coding was about.” Today she is a mentee at Google AI and the author of a study that has attracted international media attention.

“It was a completely unexpected ride,” says Raji. “Within engineering, I felt like I was being exposed to many different things all the time. It allowed me to dream big.”

In collaboration with researchers at MIT, Raji showed that commercial facial recognition algorithms contain racial and gender bias. She hopes to continue this research in the future.

“I want to completely upend the way we think about artificial intelligence model development and evaluation,” she says.

In addition to her research, Raji spent a year working for AI startup Clarifai and founded Project Include, an organization that teaches computer programming to students in low income communities.

“Since we started, we've reached almost 1,000 students overall,” says Raji. “We now have more than 30 active volunteers, and we’ve done an international mission to Ecuador. I’m amazed how much the project has grown.” 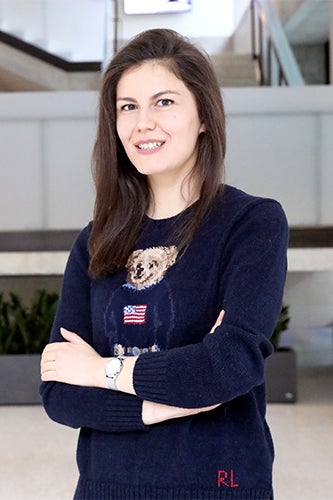 (photo by Liz Do)

Kristina Dzeparoska's philosophy is to always look at “the bigger picture” – and it doesn’t get much bigger than the internet.

Dzeparoska developed a new type of security defence that would span across multiple Internet Exchange Points (IXPs) to ultimately cut off malicious internet traffic at the first point-of-entry.

“I truly believe that having an additional layer of security defence overarching the internet would make a significant impact,” she says. “That’s why I think my project will become very helpful in the years to come, especially once we have completely evolved to Internet of Things (IoT), smart cities, self-driving vehicles, 5G, etc. Internet security will become even more crucial than it is now.”

Dzeparoska is looking forward to continuing her research as a PhD student in Leon-Garcia’s lab. “I am thankful to U of T engineering for teaching me so many valuable lessons, such as patience, collaboration and the reward that comes with working hard. As a lifelong learner, I’m excited to see where my PhD journey takes me.”