Markus Stock, the 17th principal of University College, to focus on student experience 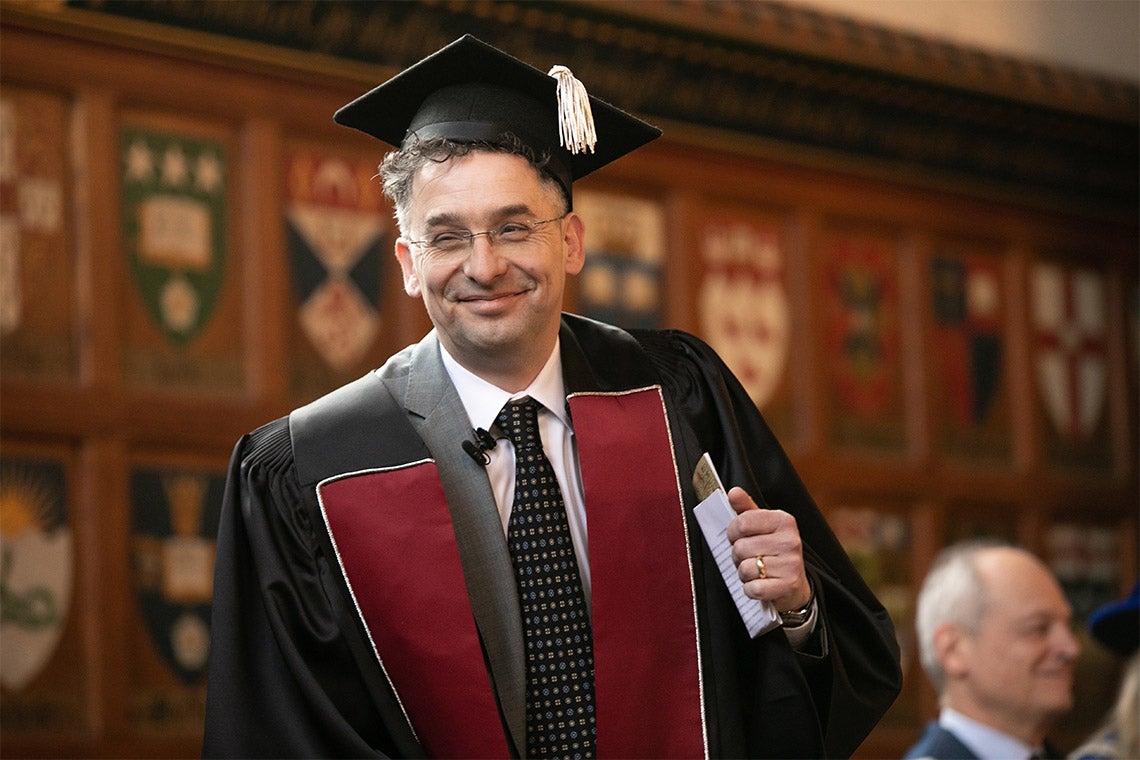 Markus Stock, the 17th principal of University College, smiles during his installation ceremony on Wednesday at Hart House (photo by Johnny Guatto)

The new principal of University College wants to remove the “but” that sometimes appears when students and alumni describe the University of Toronto.

“The University of Toronto is a world-renowned academic institution, but it can stressful … U of T has a solid international reputation for research, but it can be a little overwhelming,” said Markus Stock in an interview in advance of his installation ceremony on Wednesday as the college’s 17th principal.

He said he would like to see that “but” replaced with an “and” – in particular, an “and” that highlights the many benefits of U of T’s college system, including a welcoming, friendly and supportive atmosphere to accompany the university’s reputation for world class academics and research.

“If we could insert the colleges into the conversation right at that point, people might say, ‘U of T has an immense reputation as a research institution and its colleges provide students with a valuable support system and social connection.’ I think that would be ideal,” said Stock. 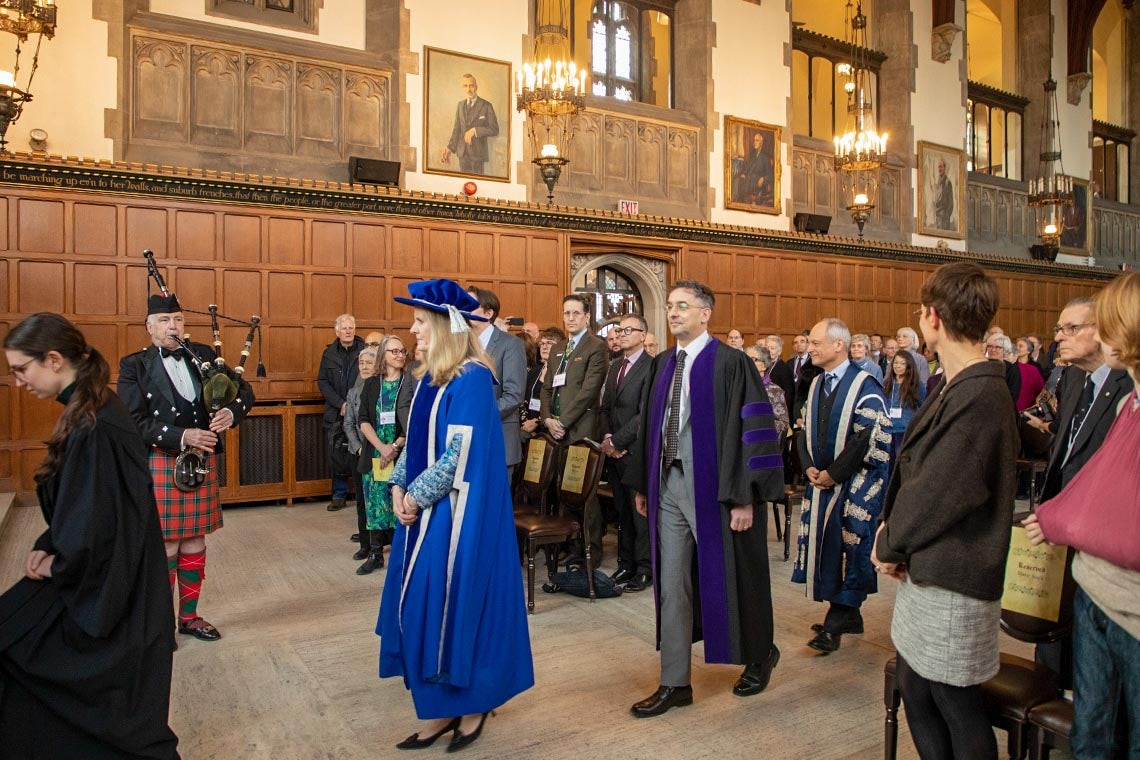 An associate professor of German and medieval studies, Stock joined U of T in 2005 and was previously chair of the department of Germanic languages and literatures. He took over the role of principal of University College on Jan. 1. for a four-year term. The college, established in 1853, was previously led by Professor Donald Ainslie for eight years.

Stock said he is keenly focused on enhancing the student experience and intends to be a hands-on principal by driving forward student-centred initiatives and programs founded primarily on student engagement and interaction.

“Talking with students, I’m figuring out how we can best support their experience on campus,” said Stock. “For me, figuring that out might be the most fascinating part of the job.

“I’m finding out what their aspirations are to see where we can support their academic excellence, but then also emphasize their college is a place where they can live and congregate.” 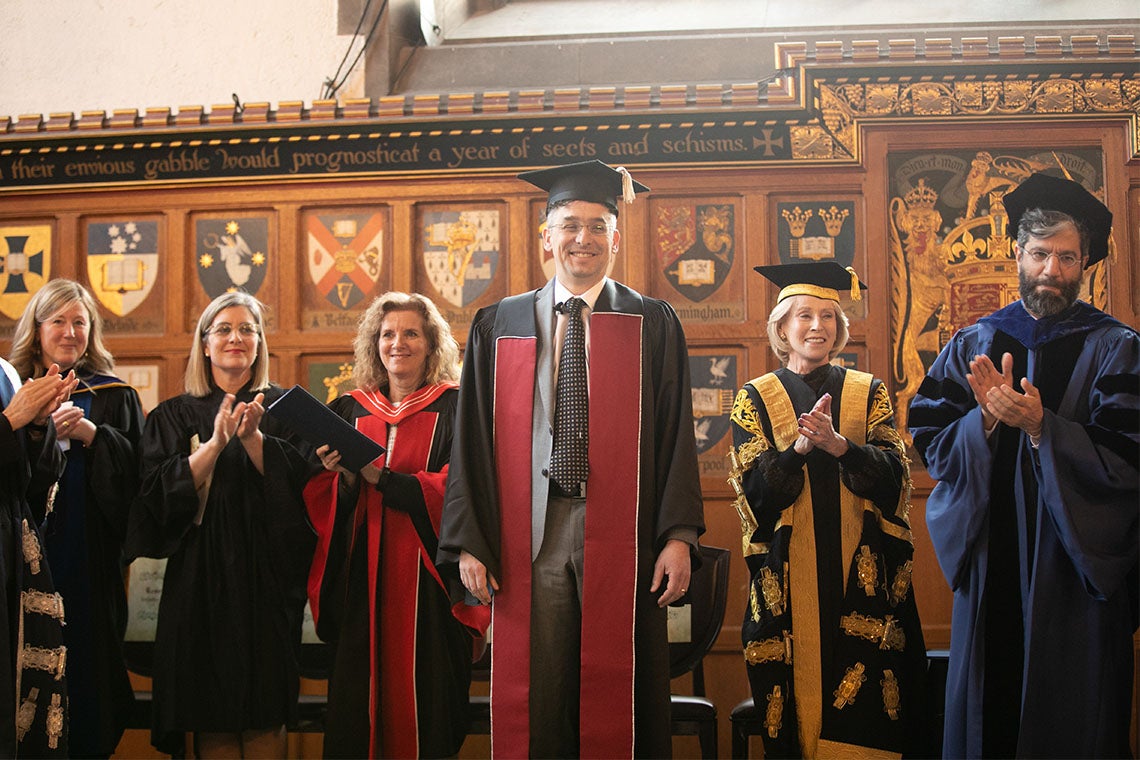 Stock said he is excited about the college’s future and intends to fully embrace and celebrate equity and diversity within the college’s student body. He also plans on stressing the importance of student mental health and well-being.

“That’s something I feel very strongly about,” he said. “We have to figure out how to provide services to students who face a mental health crisis – but, to an equal degree, ensure that students who are happy now stay happy during their rigorous academic experience at this university. I think the colleges play a huge role in that.” 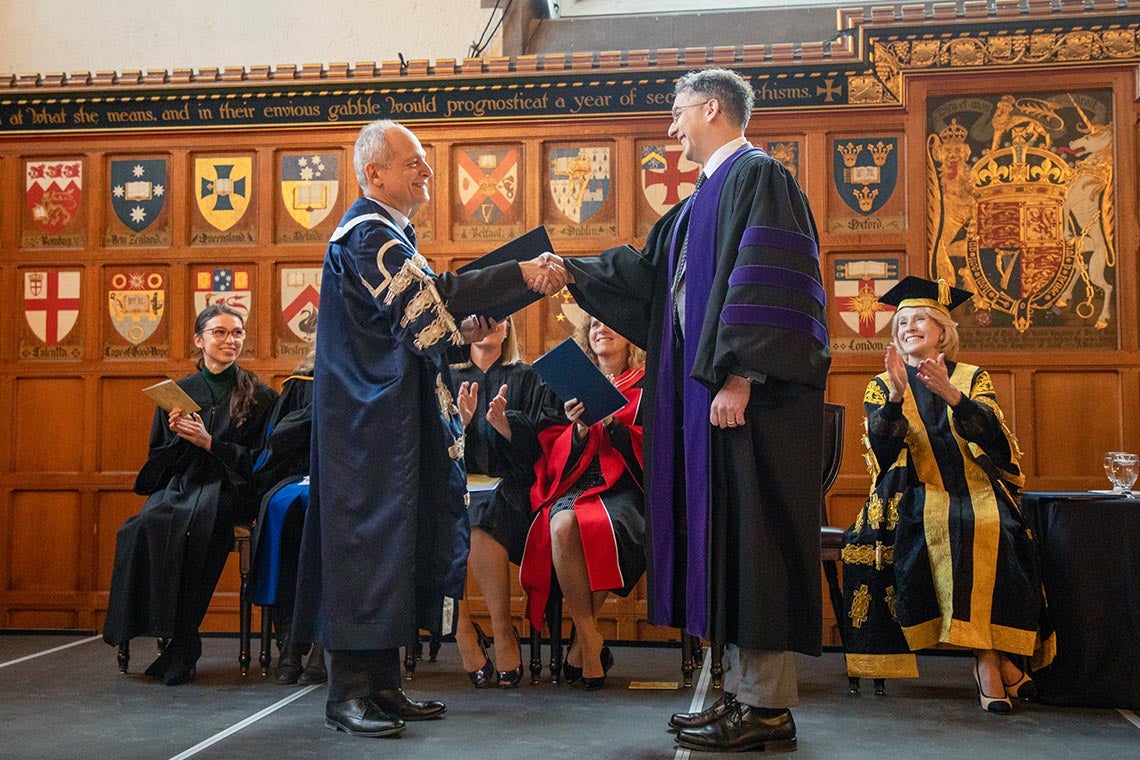 Stock also plans to capitalize on the newly renovated student and research spaces as he leads the completion of the University College Revitalization Project.

“What are we going to do with these spaces? How can our new spaces help us with this?” he said, noting that he plans to take full advantage of new spaces for students to freely connect, recharge and easily access support services.

“If I could look back in five years and we instituted many initiatives that led to our students to continue to have a fulfilled academic life, but also have access to valuable learning beyond academics, I think that would be a big success,” he said.