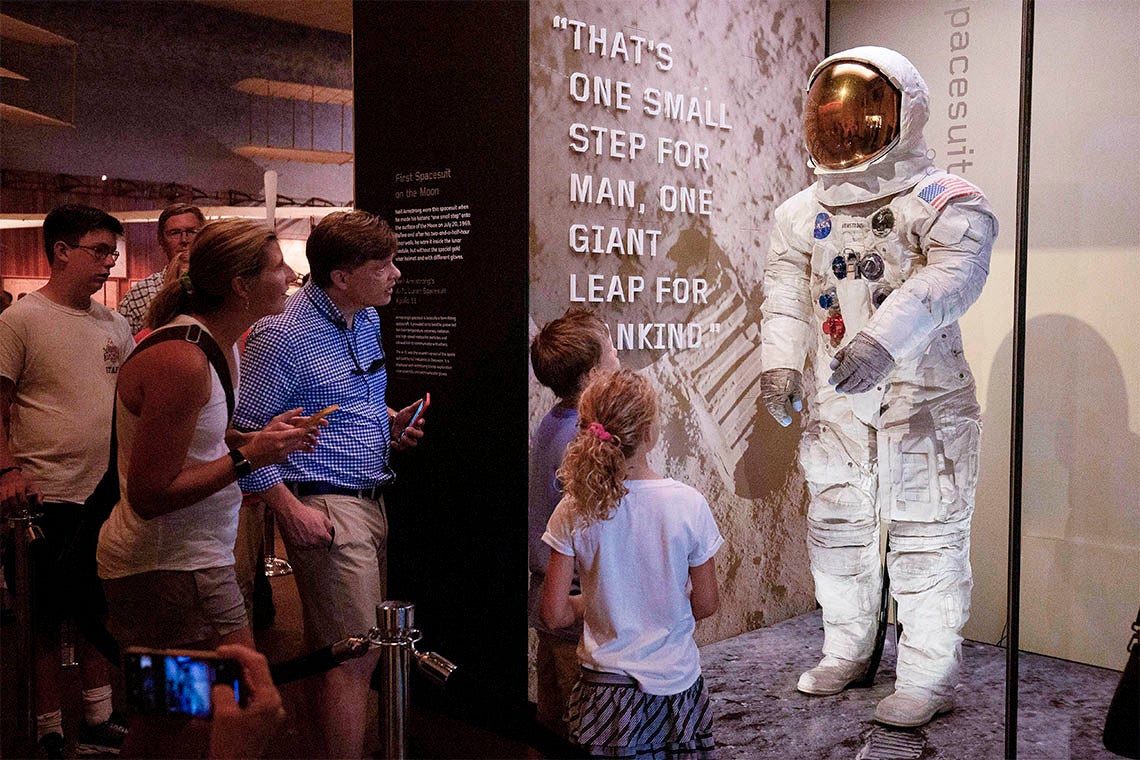 Visitors admire Neil Armstrong's Apollo 11 spacesuit this week after it was unveiled for the first time in 13 years at the Smithsonian National Air and Space Museum in Washington, D.C. (Photo by Alastair Pike/AFP/Getty Images)

On July 21, 1969, people around the world crowded around their televisions to witness history in the making: astronaut Neil Armstrong taking his first steps on the moon.

The United States’ Apollo 11 spacecraft landed on the moon the day before – becoming the first crewed vessel to do so.

The panel discussed the significance of the moon landing – from debating whether it was a conquest versus an exploratory mission to the space race with Russia.

McLuhan was looking to the future in order to gauge the long-term benefits of the moon landing.

“Let’s ask ourselves in long-term projects about the meteorological possibilities of the conquest of moon space,” he said. “Can we consider the possibility of space platforms that might serve the control of climatic conditions eventually on Earth?”

He also predicted that transportation – from space travel to cars – will soon become obsolete in their current forms.

“We can tell by saturation and pollution that we’re reaching a terminus in many areas of use of materials,” he said.

And the biggest shift that will take place once man has explored the moon?

“The hidden change created by moonshot is a totally new environment for human knowledge,” he said.