Marijuana in the workplace: What is unsafe?

The Conversation with U of T's Andrea Furlan and Nancy Carnide 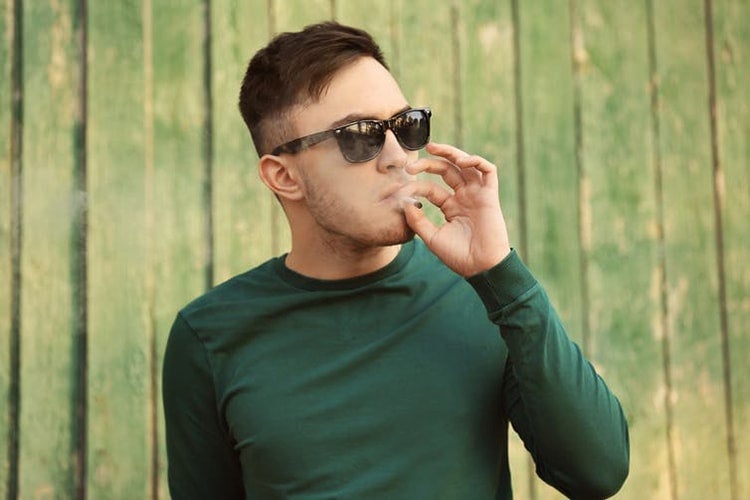 Will offices, construction sites and medical clinics be full of stoned workers after Canada’s promised marijuana legalization date of July 2018? (photo by Shutterstock)

When marijuana is legal later this year in Canada, many Canadians may consider smoking weed on their way to work, or stepping out to purchase it during their coffee break.

How will this impact workplace productivity, and health and safety – especially in occupations involving driving or operating heavy machinery?

The federal government’s commitment to legalize recreational marijuana by July 1 raises occupational health and safety concerns for many employers.

At the Institute for Work & Health (IWH), we have been reviewing the effects of various drugs that act on the central nervous system – including marijuana – on workplace injuries, deaths and near-misses.

What is striking is how little high-quality evidence there is on the impacts of marijuana in the workplace and how inconsistent the existing data is.

We urgently need high-quality observational research studies to be able to better understand the effects of marijuana on work. We also need to develop an accurate measure of impairment for use in Canadian workplaces.

No published studies on legalization

As far as we’re aware, no published studies to date have examined the impact of recreational marijuana legalization on the workplace.

The only data we’ve seen is from a report released in 2017 by a large private drug-testing company in the United States. It found that the rates of positive cannabis tests in Washington and Colorado in 2016 outpaced the national average for the first time since the two states legalized cannabis in 2012.

But these rates were based on the number of tests conducted, so it’s not clear whether this reflects an increase in the number of employees testing positive.

Several studies have examined the impact of marijuana use on workplace outcomes, but with mixed results.

Some have found associations between marijuana use in the workforce and work absenteeism, reduced productivity, job turnover, disciplinary measures, workplace accidents and injuries, unemployment and interpersonal conflict.

However, other studies have found no association with some of these outcomes. Overall, the evidence to date is quite inconsistent.

In 2017, the U.S. National Academy of Sciences published a major report on the health effects of marijuana use, including impacts on injuries and accidents in a workplace setting.

Based on six studies, the review did not find enough evidence to either support or refute a statistical link between marijuana use and occupational injuries or accidents.

No indicator for acute impairment

Some of the inconsistency in the research that does exist may be due to differences in study design and methodologies and difficulties in conducting this type of research.

Also, much of the evidence in this area comes from post-accident investigations, where the workers involved are tested for marijuana or other drugs following a workplace incident.

These kinds of cases tend to be more publicized, but rigorous research with control groups (i.e., those who did not have an accident) is needed to understand whether there are more accidents among those using marijuana compared to those who are not.

And even though workers may test positive for tetrahydrocannabinol (THC) in their urine, that doesn’t necessarily mean they were impaired at the time of the accident. Marijuana remains in the system for quite some time. So someone can use marijuana on Friday night and come into work on Monday no longer impaired, yet test positive for marijuana use.

There is no consensus as of yet on the levels of THC detected in fluids that indicate acute impairment.

Often, the findings of studies measuring the impact of marijuana on driving are extrapolated to work settings, to understand the potential hazards of marijuana on workplace safety. But even in the area of driving research, there is much still to be understood.

Researchers know marijuana use impairs driving, but it’s not yet clear how it does so. What is consistent among the studies published is that reaction time is slower, so people also drive slower.

Also, it isn’t clear to what extent you can extrapolate driving-to-work situations. Driving is a learned activity that many people do almost on auto pilot. Drivers’ brains are often multi-tasking; many people are talking or doing a secondary task while behind the wheel.

That kind of activity may be similar to some work situations, but not to others.

We have very limited data on the extent of workplace cannabis use (for example, during work, on breaks and in the hours prior to beginning a work shift) and impairment among workers in both the U.S. and Canada.

To address this gap, we have recently received funding from the Canadian Institutes of Health Research, along with Dr. Peter Smith, to conduct a survey of Canadian workers.

We will measure the current magnitude of cannabis consumption at work, reasons for workplace use, perceptions of its effects on work and availability in the workplace.

It will also be important to study the potential health impacts on workers involved in the production of cannabis. Some researchers in Washington State are beginning to look at this, with an initial focus on the effects of UV radiation.

Finally, one of the key avenues for future research will be to identify an accurate measure of impairment for use in workplaces. This is something that the workplace community is particularly keen to see.

Andrea Furlan is an associate professor in U of T's Faculty of Medicine. Nancy Carnide is a post-doctoral fellow at the Institute for Work & Health.

An earlier Q & A version of this story was previously published in At Work. This article was originally published on The Conversation. Read the original article.