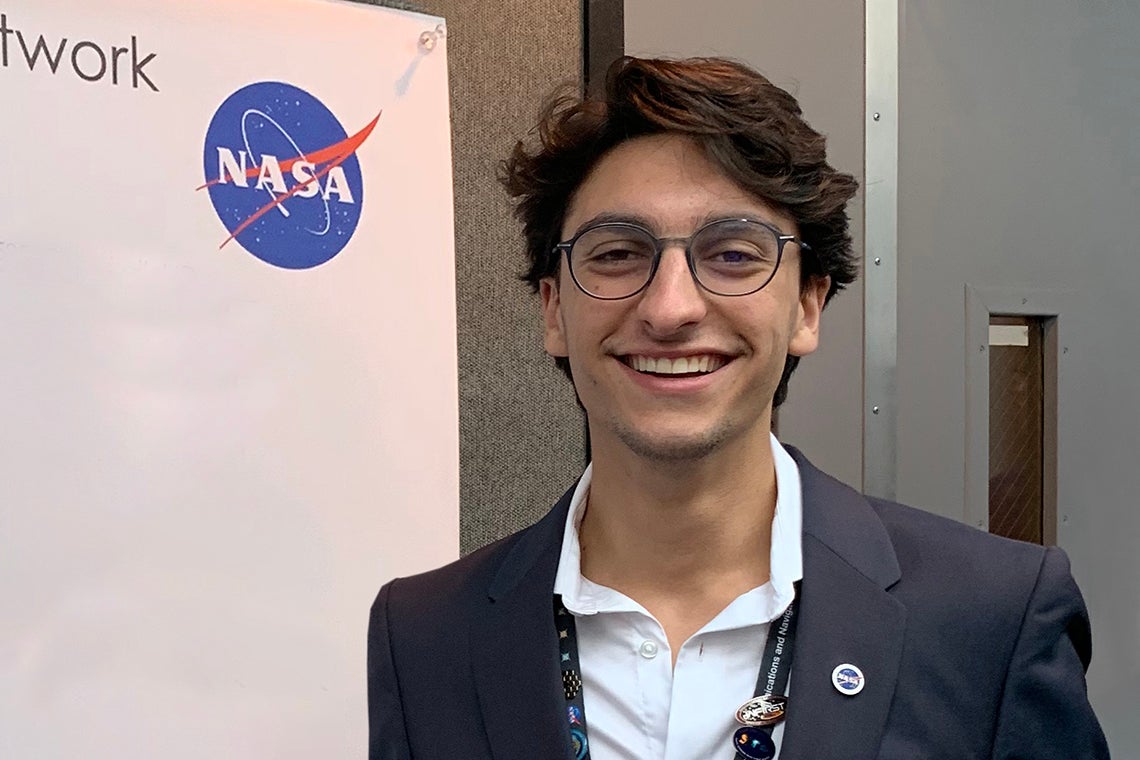 Georges Kanaan was one of thousands who applied, and approximately 400 who were selected, for an internship at at NASA’s Goddard Space Flight Center this past summer (photo courtesy of Georges Kanaan)

There are internships. And then there are internships like the one Georges Kanaan was accepted into at NASA’s Goddard Space Flight Center in Greenbelt, Md. — an institution that played a pivotal role in putting Apollo astronauts on the moon as well as other historic missions like the New Horizons probe to Pluto, the Mars Curiosity Rover and the Hubble Space Telescope.

When Kanaan was searching for a summer internship earlier this year, he was looking for one that would give him an opportunity to conduct research and look good when he started applying to graduate school. A third-year computer science student, Kanaan is interested in the intersection of cognitive science and machine learning and hopes to do research in climate and planetary science.

“I’ve always been very interested in technology,” says the student at University College. “And space exploration has a lot of technology. I can’t say I dreamt about being an astronaut, but I always thought rockets were really interesting. So, I applied to NASA.”

Kanaan was one of approximately 400 successful applicants selected for a Goddard internship from among the thousands who applied.

“It sent shivers down my spine every time I entered the gate and saw the NASA logo and the NASA flag,” says Kanaan. “It was inspiring to work at an organization that has achieved so much and that continues to work on complex and interesting technologies.

“It was humbling to work in the buildings the Apollo engineers called home.” 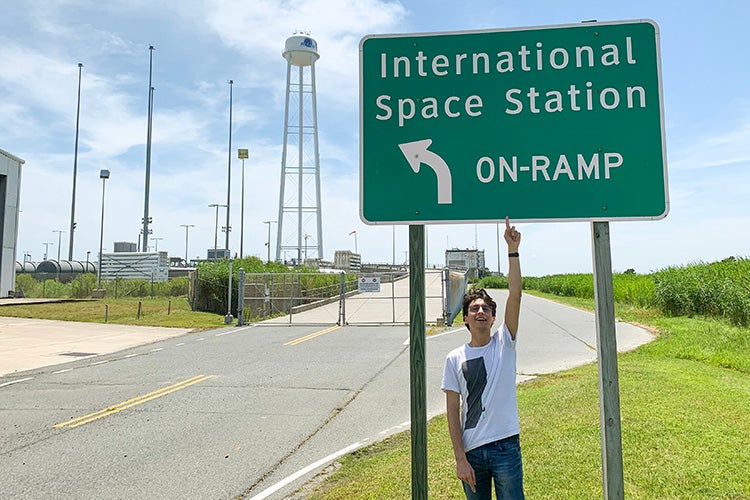 Kanaan worked as a software engineering and research intern, helping build a network management tool that can be used to implement next-generation communications networks (photo courtesy of Georges Kanaan)

In addition to helping develop such high-profile missions, much of the effort of Goddard scientists and engineers has focused on the critical communications networks required for virtually all of NASA’s space activities. In fact, two of the most famous radio transmissions in space exploration history — “Okay, Houston, we’ve had a problem here” (Apollo 13)  and “Houston, Tranquility Base here. The Eagle has landed” (Apollo 11) — were received and relayed to Mission Control in Houston by Goddard.

During his three-month stint, Kanaan worked in the Exploration and Space Communications Division, a sector that provides communications support for those networks.

“I was working as a software engineering and research intern,” says Kanaan. “My project was essentially to build a network management tool that engineers can use in implementing the next-generation of NASA’s communications networks.

“PACE, the Plankton, Aerosol, Cloud. ocean Ecosystem satellite launching in 2022, will be the first operational mission that will make use of the type of network I built a tool for. But this type of network will hopefully see wide adoption within NASA for all future missions.”

The internship also allowed Kanaan to get a behind-the-scenes look at Goddard. 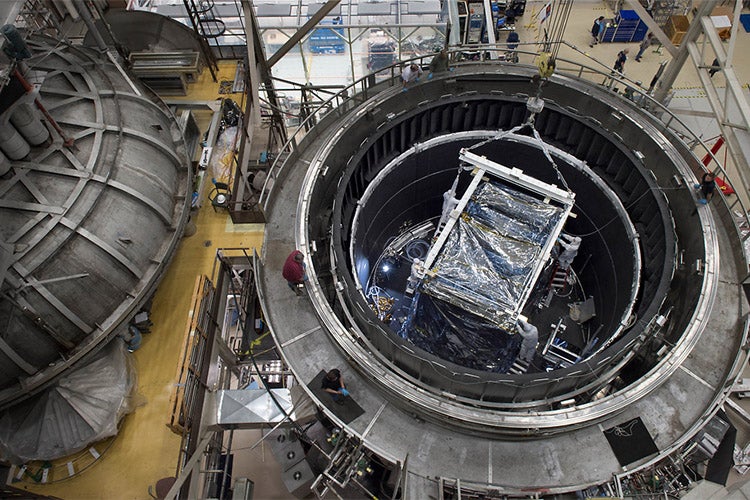 “There are so many facilities dedicated to building and testing satellites,” he says. “There are the space environment simulator chambers used to test satellites in a vacuum or in extreme temperatures. There’s a chamber with a massive pair of six-foot diameter speakers to test that satellites won’t crumble from the 150-decibel blast of a rocket engine. There’s a huge centrifuge that can exert up to 30 times the force of Earth’s gravity on payloads.”

And while the internship didn’t significantly alter any of Kanaan’s short- or long-term plans, it revealed a number of different career trajectories he hadn’t considered before.

“Seeing the mission operation centre for various satellites was awesome,” he says. “That was probably my favorite memory and that’s when it clicked: I was contributing to things flying in space and, one day, I could be here beaming up commands to a satellite like GPM.”