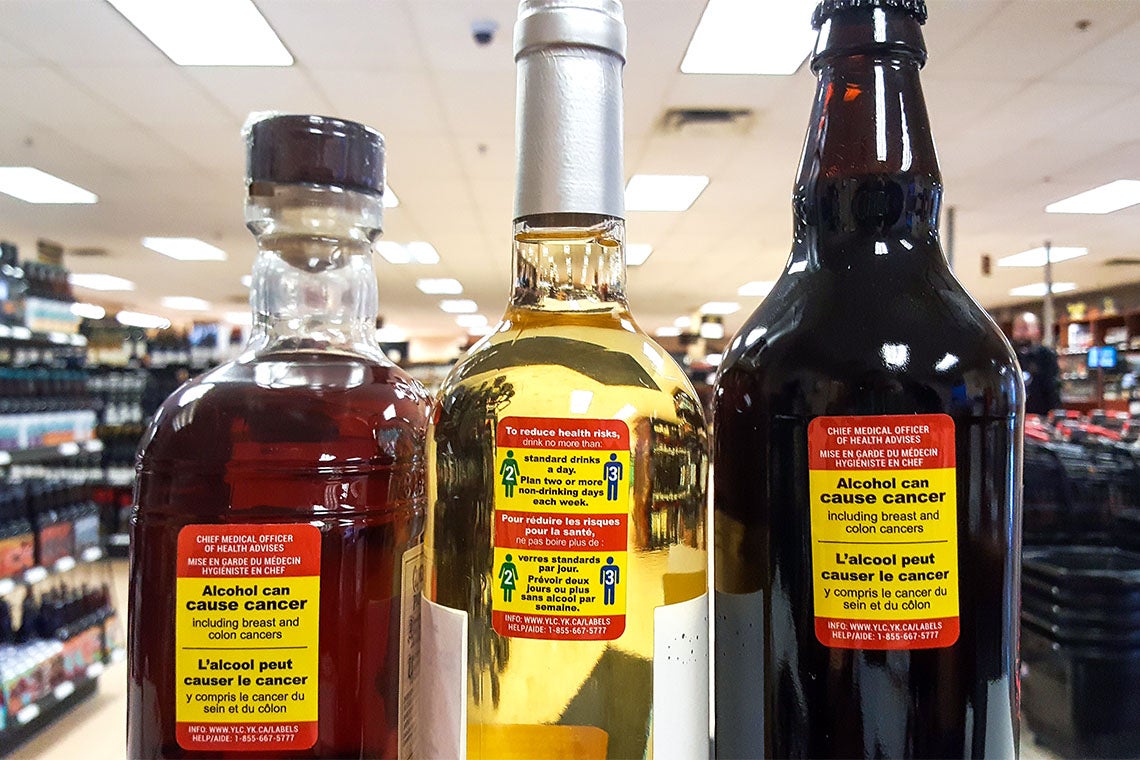 People who learn alcohol is a carcinogen – fewer than 25 per cent of Canadians who consume alcohol are aware it can cause cancer – are almost two times more likely to support policies that raise the price of beer, wine and spirits.

That’s the finding of a novel study led by public health researchers at the University of Toronto and the University of Victoria that was recently published in the International Journal of Environmental Research and Public Health. 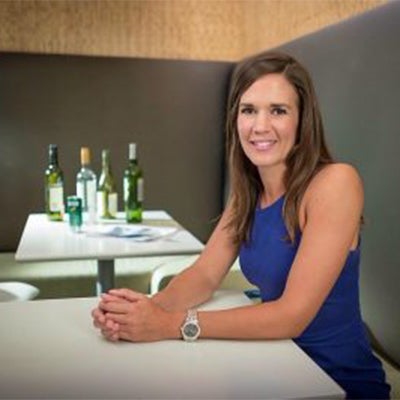 “Alcohol regulations, particularly regulations that increase the price of alcohol, tend to be unpopular in Canada, but improving public awareness of alcohol-related health harms like cancer, using tools such as adding warning labels to alcohol containers that link consumption and cancer risk for example, increases public receptiveness to alcohol control policies,” said Erin Hobin (left), an assistant professor of epidemiology at the Dalla Lana School of Public Health and senior author of the study.

Research shows that policies increasing the price of alcohol are the most effective intervention for reducing alcohol use and harms, which cost Canadians more than $14 billion annually.

According to Health Canada, 78 per cent of Canadians currently drink alcohol. Alcohol policies in Canada vary between provinces and territories and current trends in many jurisdictions favour deregulation, including in Ontario where beer and wine are now sold in hundreds of grocery stores.

Hobin and her research team hope to change the narrative around alcohol. Their paper described a Health Canada-funded study in Yukon that is part of a larger experiment testing three different tri-coloured alcohol labels: one with a cancer warning (linking alcohol use with breast and colon cancer); the second advising on safer levels of consumption and Canada’s low risk drinking guidelines; and the third illustrating the number of standard drinks per beverage container.

Yukon and the Northwest Territories have the highest alcohol consumption in Canada and their governments have applied alcoholic beverage labels since 1991, including warnings against drinking during pregnancy and an additional message in Northwest Territories that cautions about the dangers of drinking and driving.

But three days after the research team’s intervention launched in Yukon in late 2017, industry representatives requested the labels be removed, sparking international media coverage. Speaking to reporters, industry representatives denied the causal link between alcohol and cancer, and the legitimacy of using labels to communicate health information. The intervention was paused after the first month, but two months later the study resumed on the condition that labels that linked alcohol consumption and cancer was removed from shelves.

For more than 30 years, the World Health Organization has classified alcohol as a group one carcinogen, the same as tobacco smoke and asbestos. Drinking alcohol is known to increase the risk of at least seven different cancer types, even at low doses. For example, in terms of lifetime cancer risk, drinking one bottle of wine per week is the equivalent of smoking 10 cigarettes a week for a non-smoking women and five cigarettes a week for a non-smoking man.

Despite the outcry, the research team completed the study that followed individuals over time and demonstrated that increasing consumer knowledge about the risks of alcohol is associated with an increase in acceptance of strong preventive measures that can effectively curb alcohol use and harms. Just like with tobacco control, increasing pricing is the strongest mechanism to reduce the harms associated with drinking alcohol, the researchers argued.

“Our ultimate goal with this study was to determine if well-designed alcohol labels are an effective tool for supporting consumers in making more informed and safer alcohol decisions,” said Hobin.

“It’s time to change the story around alcohol, which is deeply ingrained in Canadian culture, and well-designed warning labels that provide new information to consumers about its serious health risks may be an important first step in de-normalizing alcohol in Canada.”

“Given the high prevalence of alcohol use in Canada and the perceptions of alcohol as a relatively benign substance, we need innovative approaches to increase public understanding of alcohol risk factors, similar to what we saw as cigarette use and tanning became less socially acceptable because of the risks these behaviours pose for cancer.”