Machine learning could improve treatment for children with arthritis: U of T study 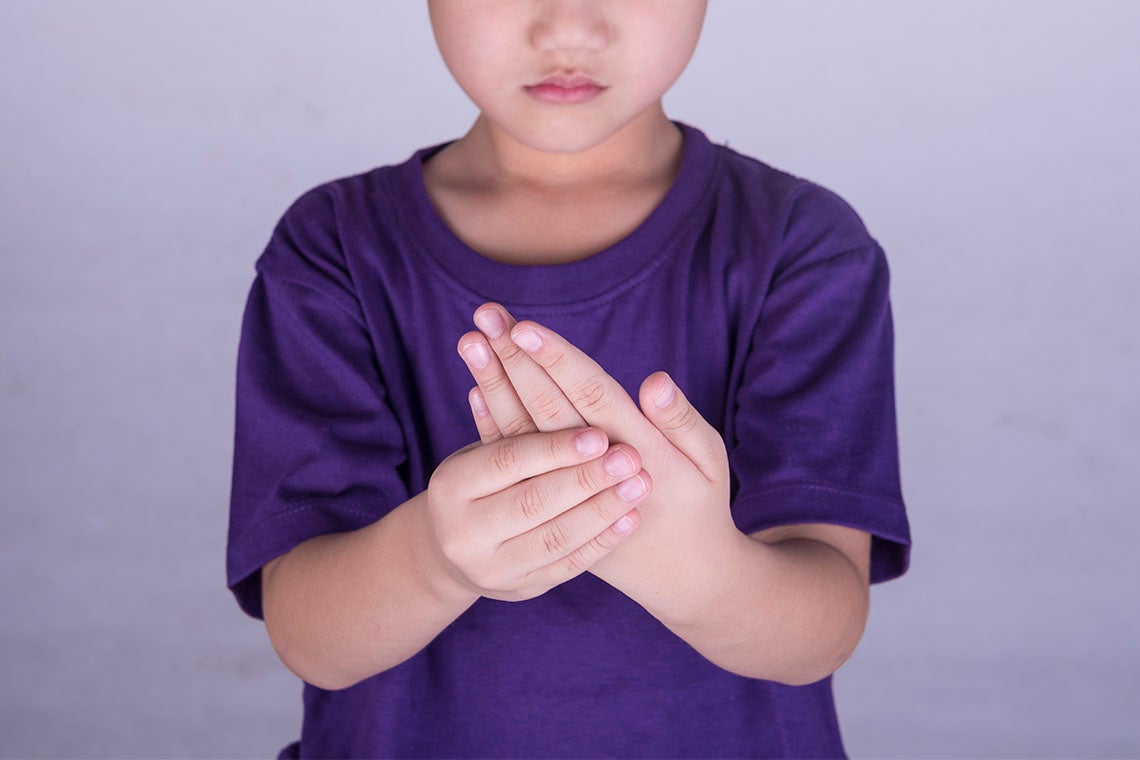 Researchers at U of T used a computational approach, based on machine learning, to classify patients into seven distinct groups according to the patterns of swollen or painful joints in the body (photo by utah778 via Getty Images)

Arthritis is not just an ailment of old age – it can affect children too, causing lifelong pain and disability in its most severe forms. Fortunately, some kids grow out of it. Even so, knowing which patients will develop milder forms of disease could spare them unnecessary treatment and potential medication side-effects. However, doctors currently have no way of predicting the disease’s course or severity.

But that could be about to change thanks to a machine learning tool developed by University of Toronto researchers: Quaid Morris, a professor at the Donnelly Centre for Cellular and Biomolecular Research who is cross-appointed to the departments of computer science and molecular genetics; Rae Yeung, a professor of paediatrics, immunology and medical science; and Simon Eng, who was working on his PhD.

Writing in the journal Plos Medicine, the researchers describe a computational approach based on machine learning, a form of artificial intelligence in which the computer learns to recognize recurrent patterns from a sea of data, that was able to classify patients into seven distinct groups according to the patterns of swollen or painful joints in the body. Moreover, the algorithm accurately predicted which children will go into remission faster and which ones will develop a more severe form of disease.

“The final stage of treatment is very effective in some children, but also very expensive, and it’s not clear what the long-term effects are,” says Morris, who is also faculty member at the Vector Institute for Artificial Intelligence and an inaugural AI Chair at the Canadian Institute for Advancement of Research.

“When you are inhibiting the function of the immune system, this type of treatment can be associated with potential side-effects including increased risk of infection and others.”

An estimated 24,000 Canadian children suffer from arthritis. While its triggers remain unclear, the disease occurs when the immune system mistakes the body’s own cells for foreign invaders, attacking the lining of the joints to cause swelling, pain and possibly long-lasting damage. There is currently no cure and the treatment consists of progressively more aggressive and costly medications – starting with anti-inflammatory pain relief drugs, such as ibuprofen, to stronger drugs including methotrexate (a chemotherapy agent), steroids, and biological agents that switch off parts of the immune system.

“Knowing which children will benefit from which treatment at which time is really the cornerstone of personalized medicine and the question doctors and families want answered when children are first diagnosed,” says Yeung, who is also a paediatric rheumatologist and a senior Scientist at the Hospital for Sick Children.

As a first step, the researchers set out to subtype the children who developed arthritis but had not been treated with medications yet. They analysed clinical data from 640 children that was collected between 2005 and 2010 as part of the pan-Canadian study Research in Arthritis in Canadian Children Emphasizing Outcomes. All children received detailed physical examinations as part of their care. That included documenting the location of painful joints in the body, which are also known as “active joints.”

The data revealed seven major patterns of joint activity: in the pelvic area, fingers, wrists, toes, knees, ankles and an indistinct pattern.  While the majority of children fell into a single category, one third of patients had active joints that belonged to more than one group. These patients with non-localized joint involvement generally had worse outcomes and took longer to go into remission than the patients whose active joints fell into a single pattern.

Although unique patterns of joint involvement are recognized at the bedside, the current patient classification for childhood arthritis only takes into account the overall number of affected joints. Better descriptions of joint involvement are needed to predict disease course and disease severity, according to the researchers. The data showed children with non-localized joint involvement present a special case. Physicians had already observed this as they were treating these children with strong medications, but were still not able to control the disease.

“Identifying this group of children early will help us target the right treatments early and prevent unnecessary pain and disability from ongoing active disease,” says Yeung.

Because of the disease’s complexity, with multiple joints affected and in a way that can change over time, as well as a relatively small number of patients available, the team had to look beyond standard statistical methods to detect patterns of joint pain.

“We had to use machine learning just to detect these seven patterns of disease in the first place,” says Morris, whose team modified the technique known as multilayer non-negative matrix factorization.

“And then we realized there are some children who do not fall into any of the patterns and they have a very bad version of the disease. Now we understand the disease much better and we can group children into these different categories to predict response to treatment, how fast do they go into remission and whether or not we can tell they are in remission and remove therapy.”
The study was funded by grants from the Canadian Institutes of Health Research and the SickKids Foundation.