Producing low-cost drugs & vaccines on-site: new research from U of T, Harvard, MIT and U of O 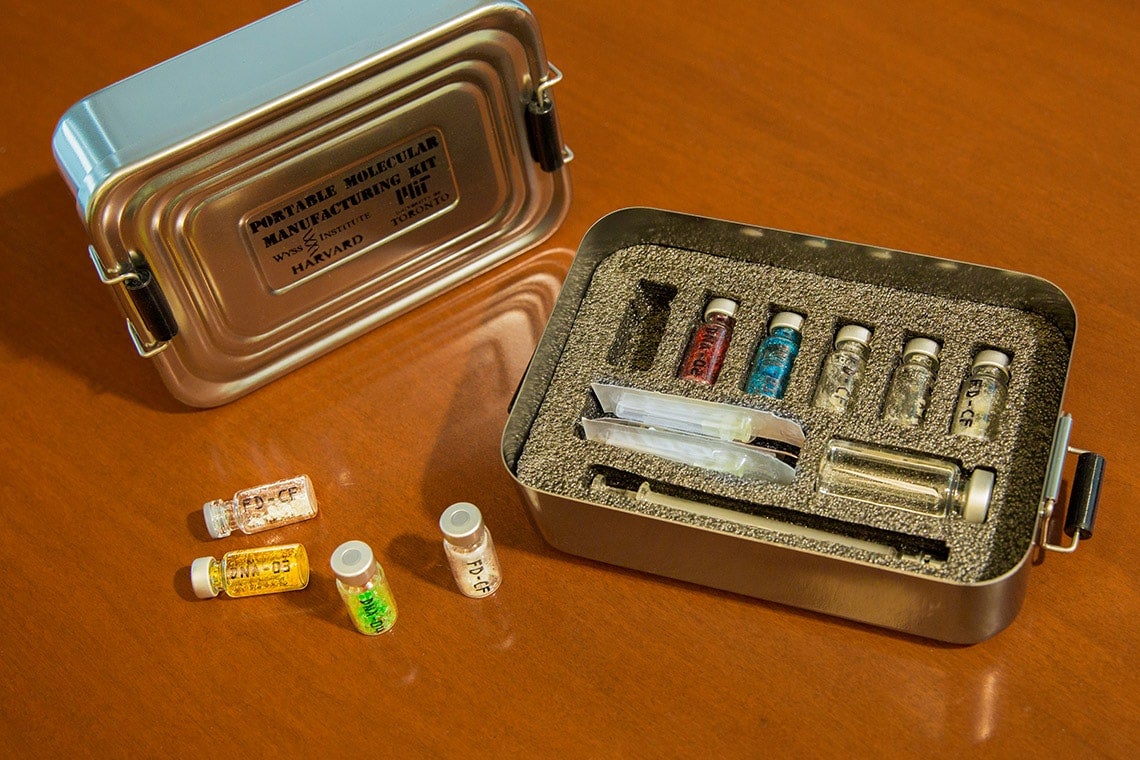 The portable biomolecular manufacturing system can produce a broad range of biomolecules, including vaccines, antimicrobial peptides and antibody conjugates, without power or refrigeration (Wyss Institute at Harvard University)

As much as 80 per cent of the cost of bringing vaccines to the developing world comes from ensuring that the medications are properly refrigerated and transported.

A team of researchers from the University of Toronto, MIT, Harvard, and the University of Ottawa have developed a new portable drug-manufacturing system that uses two sets of freeze-dried pellets, which when mixed with water, are able to produce medications, vaccines and diagnostic tools virtually anywhere in the world.

The team published a proof-of-principle paper in Cell that details the development of a drug manufacturing system that's able to produce on-site, on-demand therapeutics and biomolecules.

“In essence, it’s like having a portable pharmacy that you can use to create the medications you need,” said Assistant Professor Keith Pardee of U of T’s Faculty of Pharmacy, co-lead author of the paper.

Most vaccines need to maintain a consistent temperature to prevent spoilage and maintain their efficacy, which necessitates a cold chain from production to application.

Despite these precautions and the attention paid to their transportation, the World Health Organization and United Nations Children’s Fund estimate that the amount of essential vaccines that end up wasted could be as high as 50 per cent. 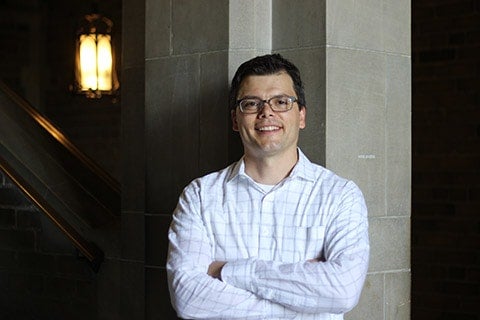 The first of the freeze-dried pellets, developed by the researchers in 2014, is an innovative cell-free synthetic biology “machinery” that provides the manufacturing infrastructure to create an end product.

The second pellet consists of DNA instructions that tell the manufacturing piece what compound to produce. This pellet can be customized to generate a variety of products, including vaccines, anti-cancer antibodies, and diagnostic tools.

When the two freeze-dried pellets are combined with water, the production process begins.

Through the simple act of rehydrating the components by adding water, vaccines, antibody-based drugs for cancer treatment, small molecules, and clinical tools like diagnostic systems spring to life, bringing tools and treatments to underserved populations.

The possible applications for this discovery, Pardee explains, are almost endless.

“If, for example, the influenza vaccine developed in a given year is off target and doesn't fight the strains of the virus that emerge, the system we’ve developed can address that,” he said. “The current production chain for the influenza vaccine begins in late spring early summer for fall and winter application. If the formula is wrong, it would take months to change, produce, ship, and administer a vaccine that hits on the right strains.

“Whereas with our system, in theory, once the proper strains are identified and a new formula developed, the vaccine could be produced anywhere in a matter of hours. The materials would already be on the shelf – they’d just need to be programmed to produce the vaccine. While this is just a proof-of-concept study, this could mean no prolonged production time, no timely and expensive shipping.”

These freeze-dried pellets last for at least a year at room temperature, making shipping and storage easy and considerably less expensive than traditional means – even to the most remote areas. It also means that the products can be stored on the shelf, ready to be activated when an outbreak occurs or whenever the need arises.

“This technology could even be applied for use in remote Antarctic research bases or for something as fanciful as space travel,” Pardee said. “If deployed in combination with a DNA synthesizer, the gene sequences that encode the manufacturing instructions could be electronically transmitted to remote end users, converted to DNA, and used to guide the cell-free manufacturing platform to produce therapeutics to meet unanticipated needs.”