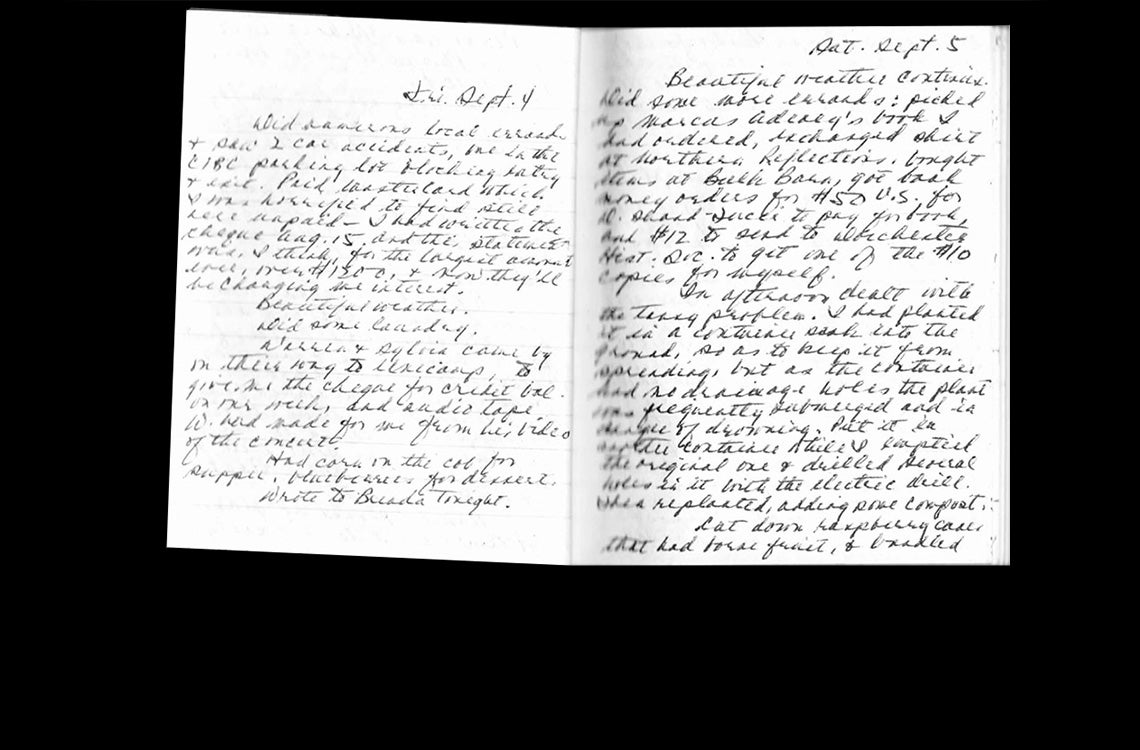 Pages of a handwritten diary, from 1992, that U of T researchers used to track the cognitive decline of a Toronto woman who was diagnosed with Alzheimer's at age 84 (image courtesy of Sheila White)

University of Toronto researchers specializing in language variation and change have identified a relationship between an individual’s use of language and the diagnosis of severe dementia.

In a study of diary entries by Toronto resident Vivian White over a 31-year period, the researchers tracked the omission – and then inclusion – of the first-person pronoun “I” and found the transition occurred around the time she was diagnosed with Alzheimer’s disease.

“This suggests that individuals may revert to a more formal, fundamental writing style when they experience cognitive decline,” said Sali Tagliamonte, a professor in the department of linguistics in the Faculty of Arts & Science, and Canada Research Chair in Language Variation and Change.

“Diary writing is a style, and one that is known to have complex constraints in which the subject ‘I’ is often omitted in specific locations,” Tagliamonte said. “It’s a learned behavior acquired at a later stage than more basic writing or acquisition of the vernacular language. Research on bilinguals with probable Alzheimer’s disease has shown that languages learned later in life tend to be lost earlier. Our results suggest that the same might be true for styles acquired later in life.”

“It is rare to find 97 continuous journals across such a lengthy timespan. The results show how longitudinal studies can illuminate important aspects of cognitive development and call for further studies of speakers with Alzheimer’s disease and other forms of dementia from a language variation and change perspective.” 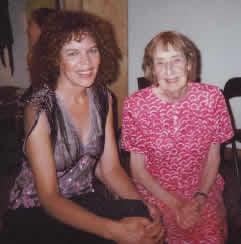 PhD candidate Katharina Pabst, who collaborated with Tagliamonte on the project, notes that most research in language change has focused on the innovations present in younger speakers, and that comparatively little work has been done on language change across one’s lifespan and among older adults. However, previous work from related disciplines shows that the use of several linguistic features can and does change in later life.

During fieldwork for another project, Pabst met White’s daughter Sheila (pictured left with her mother Vivian), who mentioned that her mother had kept a diary for over thirty years. They both hoped that her diaries would serve some greater purpose.

Since White only began keeping a journal in earnest later in life, and while still healthy, the collection provided a perfect opportunity for the researchers to investigate the possibility of a relationship between language change and cognitive decline over time.

Tagliamonte and Pabst presented their findings earlier this month at the annual New Ways of Analyzing Variation conference, held at the University of Oregon.

Support for the research was provided by the Social Sciences and Humanities Research Council of Canada and the Canada Research Chairs Program.