The life of Rajiv: In his new book, U of T alum reflects on the life-changing role he didn’t get 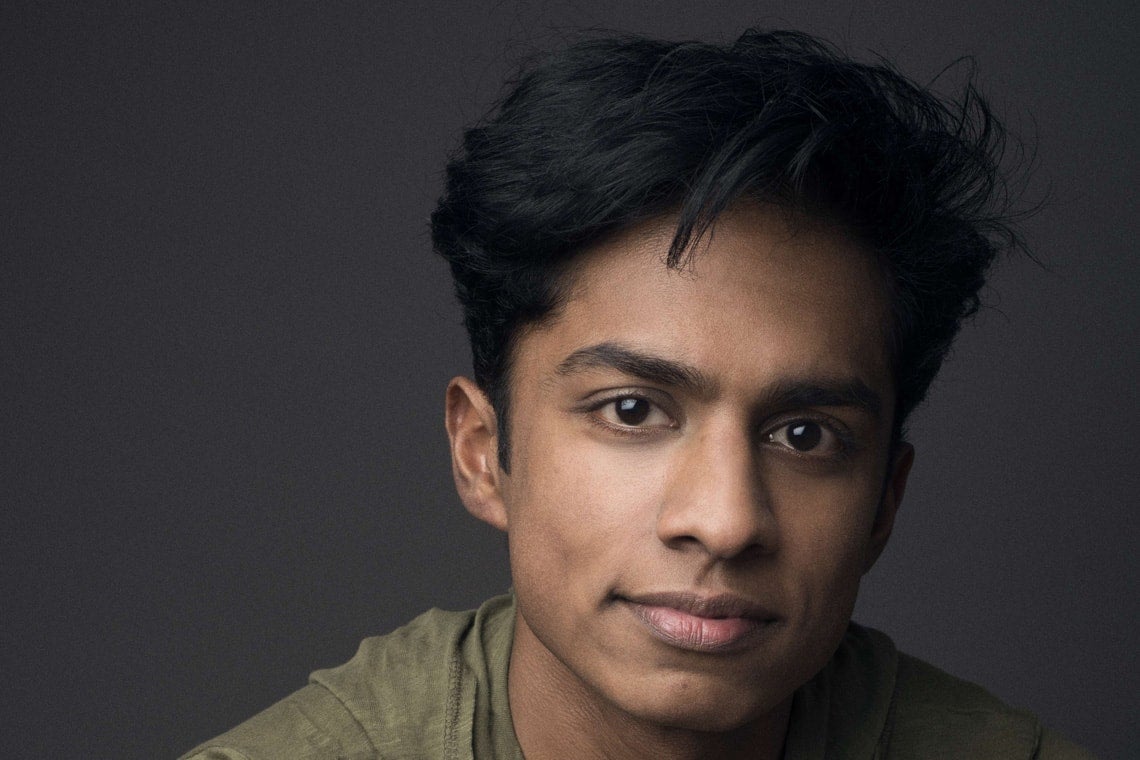 Rajiv Surendra: “This book is what life is all about: how we take awful experiences, turn them around, grow from them and become stronger. I think that’s something we can all relate to” (photo by Luke Fontana)

In Surendra’s new memoir, The Elephants in My Backyard, he writes about his six-year-long attempt – and subsequent failure – to nab the lead role in Life of Pi.

Below, the U of T alum who graduated in 2009 with a bachelor's degree, shares some of those experiences in an interview with U of T Magazine's Cynthia Macdonald and on camera with Lisa Lightbourn.

U of T was where you studied art history (and, as you wrote in your book, learned how to swim). Mean Girls was also partially shot at the university – and as a first-year student, you got to be in it! What was that like?

Juggling the demands of school with those of the movie was really hard.  Call times were really early, and my drama teacher did not see acting in a movie as a legitimate reason to miss class.

Still, being in Mean Girls was great.

It’s gone on to be a cult smash…

It’s crazy how popular it’s become. At one point I asked the lady doing my hair how she thought the movie would fare.

I remember her rolling her eyes and saying, “Come on. It’s called Mean Girls, and it stars Lindsay Lohan – it’s going straight to DVD.”

Not exactly the Nostradamus of hairstylists, right? On the set, a cameraman tells you about this amazing novel. In fact, he says, “You’re in it.”

I’d heard of Life of Pi but didn’t know much about it. When I read it, I saw that the similarities between that character and myself were uncanny.

He was Tamil, so was I. He grew up in a zoo – and I grew up near the Toronto Zoo, hearing elephants through my bedroom window.

So you become obsessed with getting that part. Why?

The only roles for skinny young brown guys were stereotypical: math nerds, people working in call centres, terrorists. It was really frustrating. So when I found out they were going to make a movie of Pi, it felt like the stars had aligned to give me my wish.

You hire a dialect coach, befriend the book’s author and spend weeks living in Maine with someone who’d actually been a castaway. What else?

My parents were from Sri Lanka, but I was Canadian. I needed to dive in and become a teenage Indian boy so I travelled to Pondicherry where the book takes place. I spent a few months at the school that author Yann Martel used as the setting for Pi’s school. I recorded schoolboys’ voices, even watched how they walked.

Then, after years of work, you get an email from Martel. He tells you the director’s going with someone else.

It was like a punch in the face. I needed to run away so I worked as an au pair in Germany. As it turned out, it was the perfect medicine.

Did you see the movie when it came out?

I did, and it was kind of heartwarming. I asked myself, “Do you wish that was you? Be honest.” And I didn’t! I was actually happy that things worked out the way they did, because I learned valuable lessons about life by not getting the part.

But you’re still acting and have a great career as a chalk artist, potter and calligrapher. How did that come about?

There’s a huge appreciation now for things that are handmade, not digitized. These activities started out as hobbies when I was a kid and have now turned into different ways that I make a living. I feel very fortunate about that. (For samples of Surendra’s chalk drawings, check out his website.)

Most memoirs are about success, not failure. Why do you think this story will resonate?

We’re brought up being told that if you work hard enough, you’ll get everything you want. That doesn’t always happen. This book is what life is all about: how we take awful experiences, turn them around, grow from them and become stronger. I think that’s something we can all relate to.