Level Up! Researchers explore impact of gaming on well-being of LGBTQ+ youth 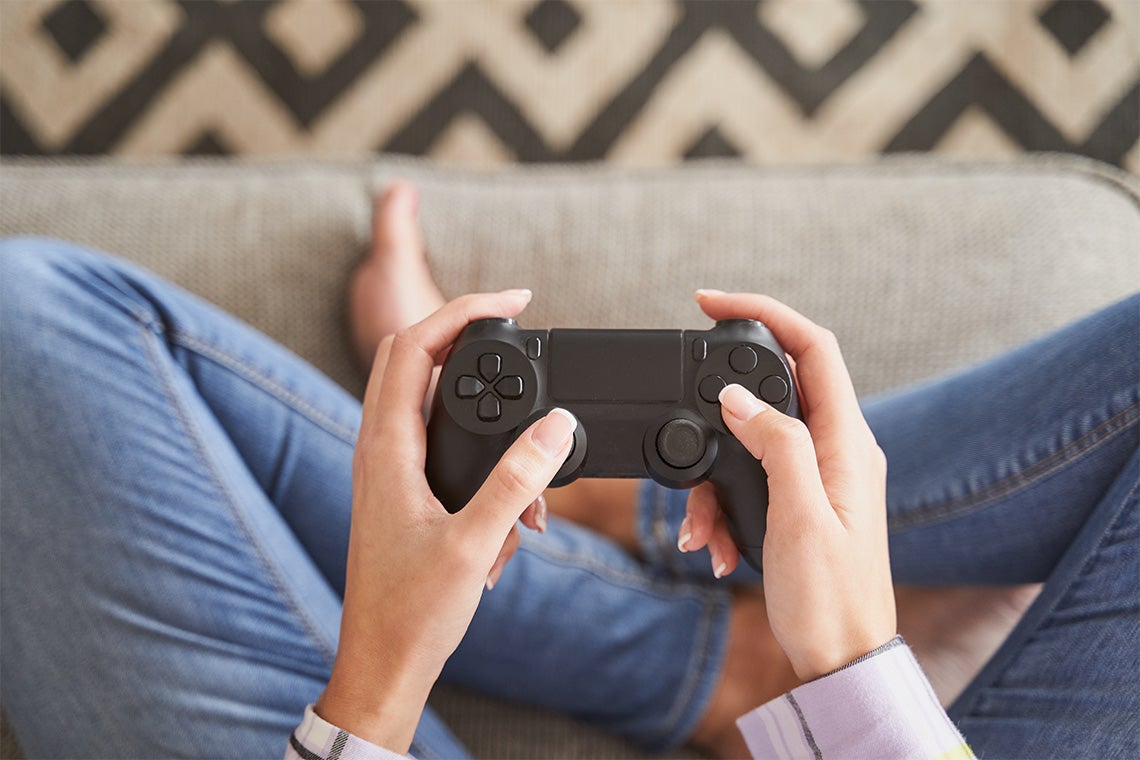 When Dane Marco Di Cesare was a child, he turned to video games for more than entertainment or diversion. As a queer youth, he found them to be a safe place to immerse himself in fantastic worlds – far away from a reality that could be stressful and even unsafe.

“Gaming was an escape for me because I didn’t have a lot of support at school or other places,” he says. “But while I loved building characters and connecting to storylines, I never quite saw myself represented.”

Now, so many years later, Di Cesare is helping to lead the first large-scale international study to examine how the gaming experiences of LGBTQ+ youth and young adults affect their well-being and identity development. Called LEVEL UP!, the study was recently launched by the International Partnership for Queer Youth Resilience (INQYR).

The LEVEL UP! project will explore the impact of positive and negative LGBTQ+ representation in current video games. It is being co-led by Shelley Craig, INQYR’s principal investigator and a professor at the University of Toronto’s Factor-Inwentash Faculty of Social Work. She says the new study will offer crucial insight into an unexplored facet of the lives of LGBTQ+ youth.

“Even before the pandemic-driven explosion in gaming, video games had replaced music in importance for young people. And we know that at least 10 per cent of gamers over the age of 18 identify as LGBTQ+,” says Craig, who is Canada Research Chair for Sexual and Gender Minority Youth. 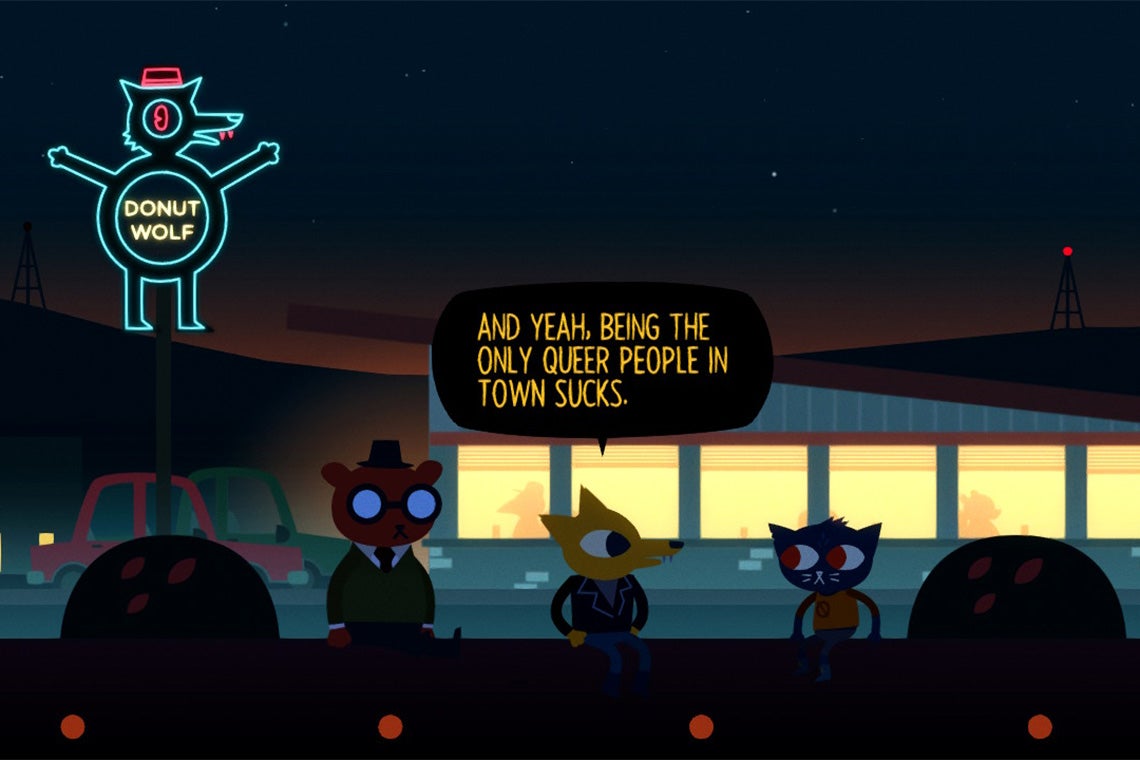 Screenshot from the Night in the Woods video game (image courtesy of Secret Lab & Infinite Fall, 2017)

Di Cesare, an assistant professor at Brock University’s Faculty of Education – and still an avid gamer – argues that representation matters. “LGBTQ+ youth seeing themselves meaningfully and appropriately represented within video games can be affirming and have a positive effect on their mental health,” he says.

“One in three LGBTQ+ youth has attempted suicide and in-person support can be challenging for them to access,” says Craig, whose nearly 25-year career in social work practice and research has focused on developing interventions to support LGBTQ+ youth mental health. “Our research has consistently shown that these young people feel safer online and use technology to improve their mental health.”

Craig founded INQYR to better understand and support the resilience of LGBTQ+ youth and young adults in an increasingly digitized world. The interdisciplinary and multilingual international research partnership is the first initiative of its kind to be funded by a Social Sciences and Humanities Research Council (SSHRC) Partnership Grant.

In previous studies looking at the online activities of young LGBTQ+ communities, Craig and Di Cesare noticed increasing discussion of video games. “We recognized that studying gaming was an evolution of the work we’d already been doing around digital media and LGBTQ+ youth mental health,” says Di Cesare.

The LEVEL UP! study aims to recruit 5,000 LGBTQ+ youth aged 14 to 29 across Canada, the United States, Mexico, the United Kingdom and Australia to complete an online survey. Participants will also be invited to upload screen shots of specific moments in games they are playing and share why they made them feel strong, validated and proud about their identity.

The survey will include questions about respondents’ gaming habits, observations on LGBTQ+ representation and supportive or discriminatory encounters in games or gaming communities. “We want to know how they feel when they don’t see themselves represented, or when they see representation that’s problematic,” says Di Cesare. “We also want to know if it influences their engagement in different games and gaming spaces.”

He notes that there are now many LGBTQ+-specific gaming communities, and that there’s been some recent progress in LGBTQ+ representation in traditional video games. The quality of representation, however, has been uneven, he warns.

“Unfortunately, some of the representation is quite narrow and stereotypical, and it hasn’t been well-received by certain communities,” he says. “I still hear homophobic and transphobic slurs on gaming platforms. But at least the conversation has started.”

“On a fundamental level, it communicates to me – and so many others, LGBTQ+ or not – that I have a place in our world,” Cheung says. “All the East Asian characters that I grew up with in the early 2000s were martial artists, socially awkward, nerdy high schoolers or seductresses – and none were LGBTQ+. Seeing positive LGBTQ+ representation increasingly show up in video games helps me nurture that younger version of me who thought that, to be accepted in this world, I had to be someone I wasn’t.”

Di Cesare hopes that the study findings will prompt the video game industry to move forward in creating more LGBTQ+ characters and storylines, while encouraging gaming communities to ensure their spaces are welcoming for LGBTQ+ gamers, particularly those with intersectional identities. The research team also plans to share the results with parents, caregivers, child welfare services and the participants themselves.

Di Cesare and Craig are realistic about how much the industry may be willing to change given its emphasis on the bottom line, but they’re optimistic that this research can make a difference.

“In the future, I want kids to see themselves in any game and not worry about hiding their sexuality or gender,” says Di Cesare. “I want them to just play.”