Lawyers for murdered Mexican women targeted with spyware: U of T's Citizen Lab 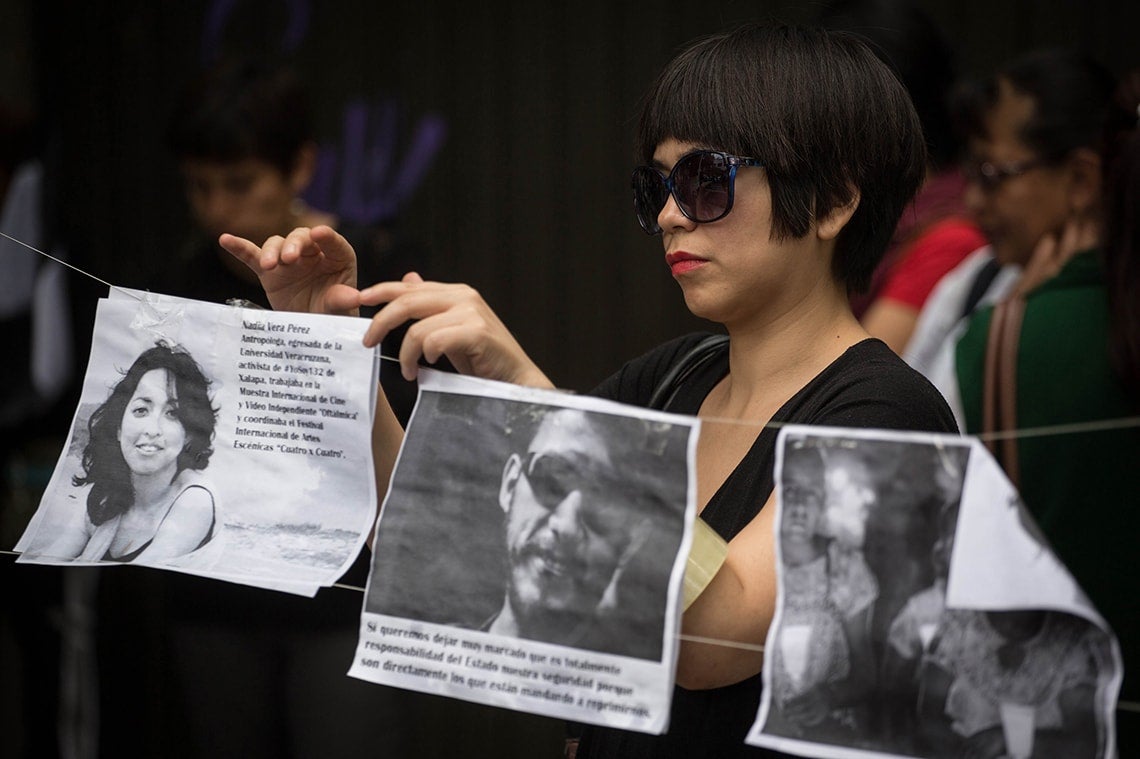 A woman places banners during a protest of the July 2015 murder of journalist Rubén Espinosa, government critic Nadia Vera and two other women in Mexico City (photo by Daniel Cardenas/Anadolu Agency/Getty Images)

Lawyers representing the victims of three Mexican women slain in suspicious execution-style killings were targeted by spyware developed by an Israeli company, says the University of Toronto's Citizen Lab.

The Internet watchdog group, based at U of T's Munk School of Global Affairs, says Karla Michelle Salas and David Peña were targeted with NSO Group’s Pegasus spyware in September and October 2015 as questions grew about government accounts of the killings, as well as the reported torture and sexual assault of the victims.

“In total, we have now publicly reported 21 cases in Mexico of abusive targeting with NSO’s spyware,” the lab says in its latest report. “A pattern has emerged in a subset of these cases: lawyers and investigators working on targeted killings in Mexico have been targeted with NSO Group’s spyware when their investigations questioned official accounts provided by the authorities.”

Read more at the Guardian

Read about the report at ABC News

Researchers from Citizen Lab have also found that a human rights defender was targeted with NSO spyware in the United Arab Emirates. In addition, a former Panamanian president, who is being detained in the United States and facing extradition, is accused of diverting money to purchase NSO’s spyware to target his opponents.

“Clearly, there is a serious control problem around commercial spyware that needs to be urgently addressed lest such cases continue to mount,” Citizen Lab director and Faculty of Arts & Science Professor Ron Deibert writes on his blog. “One way to prevent such abuses is to encourage ownership groups to exercise greater due diligence over companies like NSO Group.”

Read the story at Forbes

To that end, Citizen Lab recently sent a letter detailing its concerns about the spyware to Blackstone Group, which is contemplating a $400 million investment in NSO Group.

In the Mexican case, journalist Rubén Espinosa and government critic Nadia Vera were shot execution style in July 2015 along with Vera’s flat mates. There was also evidence that Espinosa had been tortured. Vera and Espinosa had been critical of the then governor of the Mexican state of Veracruz, Javier Duarte. Before being killed, Vera and the other two women represented by the lawyers had been subjected to torture and sexual assault.