Launching The Conversation at the University of Toronto 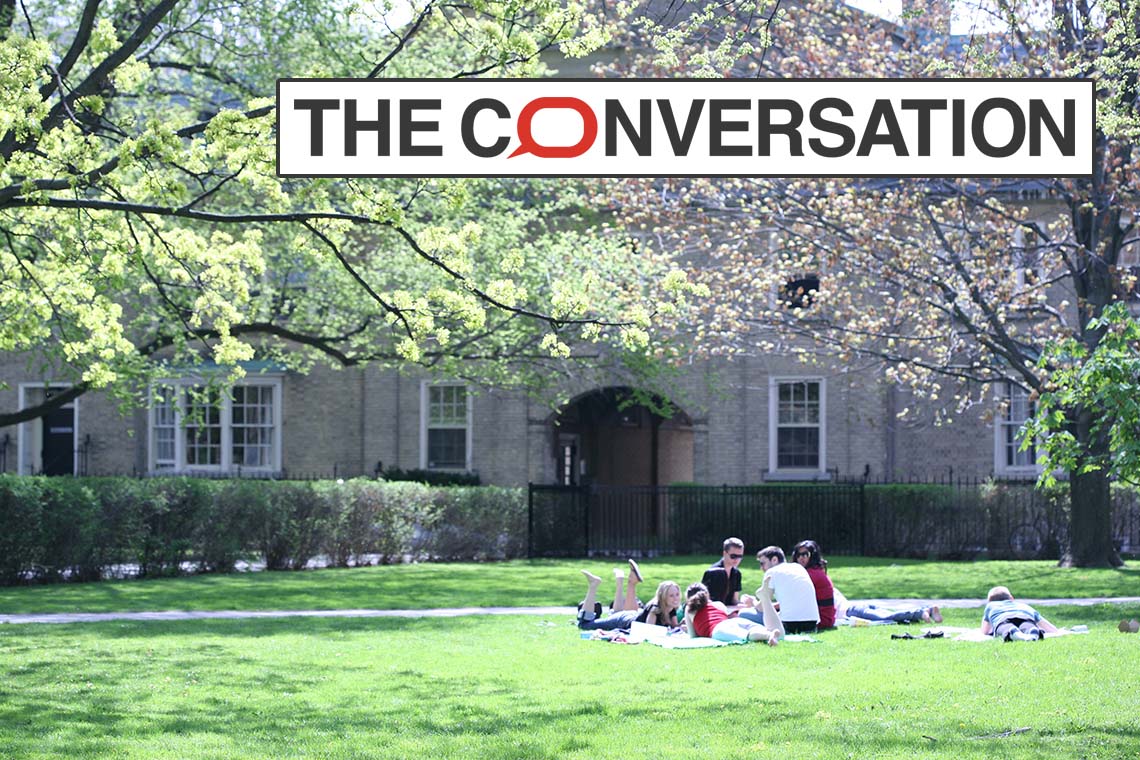 “In an era of fake news and alternative facts, universities can provide evidence-based knowledge”

U of T will be home to a new model of journalism – one tapping into the expertise of academics – when The Conversation Canada launches next month.

A web-based publication with a Creative Commons license, The Conversation allows academics to write about current events, topical issues and their own research on a range of subjects from science and technology to politics, arts, business, the environment, health and education. The articles then run on The Conversation site, but they can also be picked up by other publications for free.

The Conversation began in Australia in 2011, and it has since expanded to the U.S., U.K., France and Africa, and there’s also The Global Conversation. Altogether, it boasts a readership of 4.8 million users per month.

By bringing The Conversation to Canada, supporters hope to draw on the expertise of scholars located at universities across the country and offer them a venue to promote their work. The newsroom with a staff of subject specific editors will be housed at U of T Communications, reaching out to academics to assign pieces and helping them write for a general audience.

“We’re at an interesting time in the world today, and universities can play a role in a conversation on some of these issues,” said David Estok, vice-president of communications at the University of Toronto. “There’s a huge benefit to the academic sector because this helps us achieve our basic mission, which is unlocking expertise and making it available to a broader audience.

“But beyond that, in an era of fake news and alternative facts, universities can provide evidence-based knowledge and try to share it.”

After Donald Trump’s U.S. presidential win and Brexit, the American and British sites for The Conversation both saw huge increases in readership, Estok said.

“There was recognition that we need a high quality academic and analytic kind of journalism from people who work in an area of scholarship that’s evidence based to talk about some of these issues.”

For U of T, backing The Conversation also helps the university as it focuses on a more global outreach. Along with UBC and Universities Canada, U of T is a founding member of The Conversation Canada and a key strategic supporter.

The Conversation Canada is set up as a non-profit organization, funded mostly by university membership fees as well as foundation money and federal research grants.

Two UBC associate professors of journalism – Alfred Hermida and Mary Lynn Young -- received a Social Sciences and Humanities Research Council (SSHRC) grant last year to not only help get The Conversation Canada off the ground but also to study its success in helping academics reach a broader audience.

“Some people from the world of journalism and some people from the world of academia came together because there was a recognition that the business model for journalism is in trouble,” said Scott White, who is the editor of The Conversation Canada. “One of the ways the public could continue to be informed was if journalists work with academics directly to get out valuable and relevant information. In the traditional news model, you have editors and reporters.

“Under this model you have editors who are the journalists, and the reporters per se are academics from Canadian universities.”

An added bonus for scholars is that anyone wanting to republish their piece, must use it in its entirety, without making any changes. In addition, an agreement with The Canadian Press means the wire service will distribute The Conversation Canada content to its clients.

Many U of T academics are already familiar with the site – and 70 U of T authors are registered contributors.  Among them is Professor Charles Pascal, who specializes in applied psychology and human development at U of T’s Ontario Institute for Studies in Education. Pascal says he contributed articles to Australia’s The Conversation about the social and economic return on investing in high quality early child education when the Australian government was considering funding.

“The results from that one article were remarkable. Within hours, I heard from practitioners and other academics. I also heard from both electronic and print media requesting interviews.”

Pascals writes op-eds for traditional media, but he says The Conversation is a much-needed outlet in Canada.

“We need more professors to translate their work in more popular and accessible ways to impact on practice, policy and further research,” Pascal said. “We need to be thought leaders more broadly.  The Conversation will support this goal.”