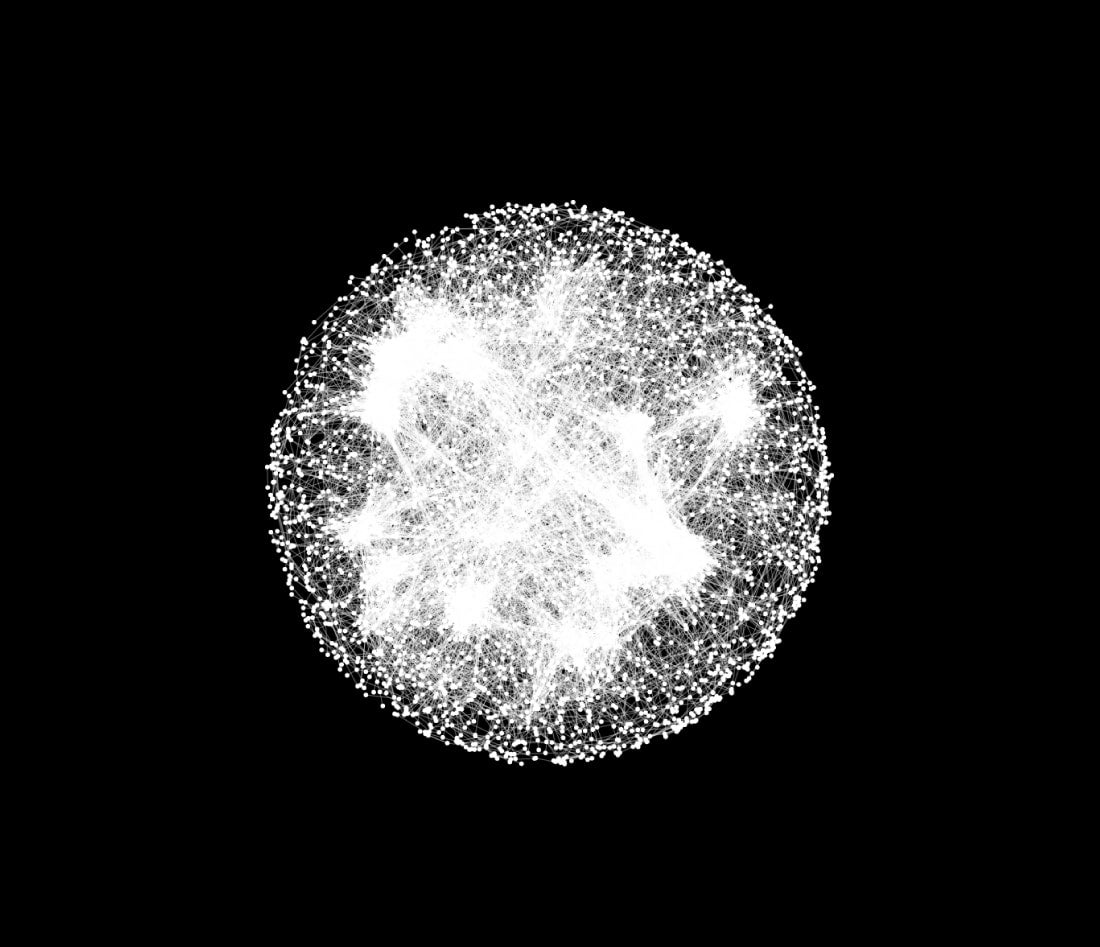 The new map breaks away from the old way of studying genes one at a time, showing how genes interact in groups to shed light on the genetic roots of diseases.

Researchers at the University of Toronto’s Donnelly Centre have created the first map that shows the global genetic interaction network of a cell. It begins to explain how thousands of genes coordinate with one another to orchestrate cellular life.

The study was led by U of T Professors Brenda Andrews and Charles Boone, and Professor Chad Myers of the University of Minnesota-Twin Cities. It opens the door to a new way of exploring how genes contribute to disease with a potential for developing finely-tuned therapies. The findings are published in the journal Science.

“We’ve created a reference guide for how to chart genetic interactions in a cell," said Michael Costanzo, a research associate in the Boone lab and one of the researchers who spearheaded the study. "We can now tell what kind of properties to look for in searching for highly connected genes in human genetic networks with the potential to impact genetic diseases."

The study took 15 years to complete and adds to Andrews’ rich scientific legacy for which she was awarded a Companion of the Order of Canada.

Just as societies in the world are organized from countries down to local communities, the genes in cells operate in hierarchical networks to organize cellular life. Researchers believe that if we are to understand what 20,000 human genes do, we must first find out how they are connected to each other.

Studies in yeast cells first showed the need to look farther than a gene’s individual effect to understand its role. With 6,000 genes, many of which are also found in humans, yeast cells are a relatively simple but powerful stand-ins for human cells.

Read more about their work

Over a decade ago, an international consortium of scientists first deleted every yeast gene, one by one. They were surprised to find that only one in five were essential for survival. It wasn’t until last year that advances in gene-editing technology allowed scientists to tackle the equivalent question in human cells. It revealed the same answer: a mere fraction of genes are essential in human cells too.

These findings suggested most genes are “buffered” to protect the cell from mutations and environmental stresses. To understand how this buffering works, scientists had to ask if cells can survive upon losing more than one gene at a time, and they had to test millions of gene pairs.

Andrews, Boone and Myers led the pioneering work in yeast cells by deleting two genes at a time in pair combinations. They were trying to look for gene pairs that are essential for survival. This called for custom-built robots and a state-of-the-art automated pipeline to analyse almost all of the mind-blowing 18 million different combinations.

The yeast map identified genes that work together in a cell. It shows how, if a gene function is lost, there’s another gene in the genome to fill its role. Consider a bicycle analogy: a wheel is akin to an essential gene – without it, you couldn’t ride the bike. But front brakes? Well, as long as the back brakes are working, you might be able to get by. But if you were to lose both sets of brakes, you are heading for trouble.

Geneticists say that front and back brakes are “synthetic lethal,” meaning that losing both – but not one – spells doom. Synthetic lethal gene pairs are relatively rare, but because they tend to control the same process in the cell, they reveal important information about genes we don’t know much about. For example, scientists can predict what an unexplored gene does in the cell simply based on its genetic interaction patterns.

It’s becoming increasingly clear that human genes also have one or more functional backups. So researchers believe that instead of searching for single genes underlying diseases, we should be looking for gene pairs. That is a huge challenge because it means examining about 200 million possible gene pairs in the human genome for association with a disease.

Fortunately, with the know-how from the yeast map, researchers can now begin to map genetic interactions in human cells and even expand it to different cell types. Together with whole-genome sequences and health parameters measured by new personal devices, it should finally become possible to find combinations of genes that underlie human physiology and disease.

“Without our many years of genetic network analysis with yeast, you wouldn’t have known the extent to which genetic interactions drive cellular life or how to begin mapping a global genetic network in human cells," said Boone, who is also a professor in U of T’s molecular genetics department and a co-director of the Genetic Networks program at the Canadian Institute for Advanced Research (CIFAR) and holds Canada Research Chair in Proteomics, Bioinformatics and Functional Genomics. We have tested the method to completion in a model system to provide the proof of principle for how to approach this problem in human cells. There’s no doubt it will work and generate a wealth of new information.”

The concept of synthetic lethality is already changing cancer treatment because of its potential to identify drug targets that exist only in tumour cells. Cancer cells differ from normal cells in that they have scrambled genomes littered with mutations. They’re like a bicycle without a set of brakes. If scientists could find the highly vulnerable back-up genes in cancer, they could target specific drugs at them to destroy only the cells that are sick, leaving the healthy ones untouched.

Read a Vice article about the breakthrough