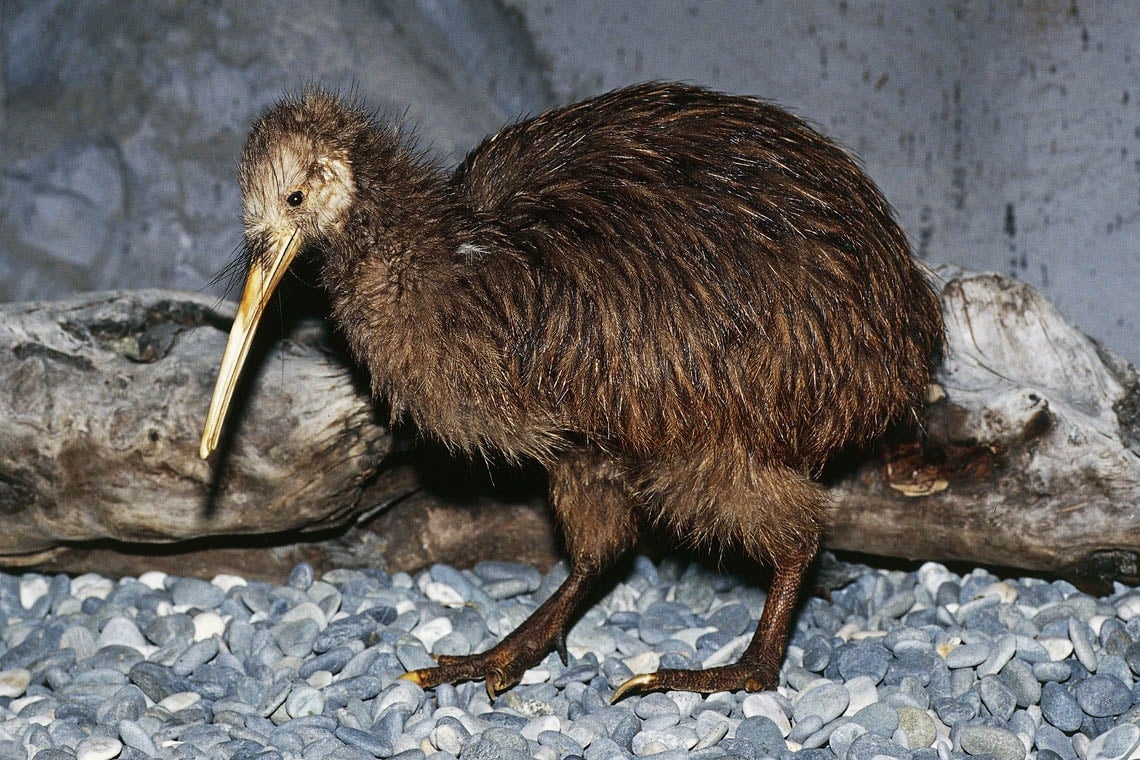 Younger than it looks (Photo by DeAgostini/Getty Images)

New Zealand’s kiwi may be one of the world’s oddest birds – flightless, nocturnal, an enigmatic dirt digger with nostrils at the end of its long bill. But the national symbol also has a lot to tell the world about evolution during the most recent ice age.

According to research published in the prestigious U.S. journal Proceedings of the National Academy of Sciences by a team led by Jason Weir, biological sciences professor at the University of Toronto Scarborough, today’s kiwi are much newer birds – genetically speaking – than previously thought. And instead of five known species, Weir says there are 11 types – either species or subspecies – alive now, with another six extinct.

Earlier research, based on simple methods of DNA testing using a single genetic marker, appeared to show that kiwi had developed into various species before the Pleistocene ice age that began some 2.6 million years ago and ended about 11,000 years ago. Many other creatures around the world had been classed the same way using similar methods.

But by deploying new and far more sophisticated DNA testing which tracks thousands of genetic markers on the kiwi genome, Weir’s research shows kiwi underwent an “explosive” period of genetic diversification – evolving into new species or subspecies – during the middle and late Pleistocene period.

As ice spread over the land, particularly on New Zealand’s South Island, kiwi retreated to isolated refuges where they gradually evolved new characteristics over the course of tens of thousands of years. This pattern was repeated continually as the ice expanded and shrank some seven times over a period of nearly 800,000 years. Weir (above, photo by Ken Jones) found that the rate of diversification increased five-fold during the glaciation period, to a level even greater than Charles Darwin’s famous finches from the Galapagos Islands.

Weir is among the first to use the new DNA techniques to measure evolutionary changes. “These new methods are going to be used extensively in the next 10 years,” he says. He expects scientists to revisit evolutionary studies of many birds and animals in North and South America and other parts of the world that had periods of glaciation. “The old system is out the window now.”

Weir and researcher Oliver Haddrath of the Royal Ontario Museum (ROM) carried out the massive task of analyzing the genetic data was carried out on Canada’s SciNet supercomputer. Some 300 samples of kiwi blood were collected by two New Zealand collaborators and by Allan Baker, a New Zealander by birth who was senior curator of ornithology and head of the Department of Natural History at the ROM before he died in 2014. The team also used previously published data from fossilized kiwi material.

Funding for the study came from the Natural Sciences and Engineering Research Council of Canada and the University of Toronto Scarborough.