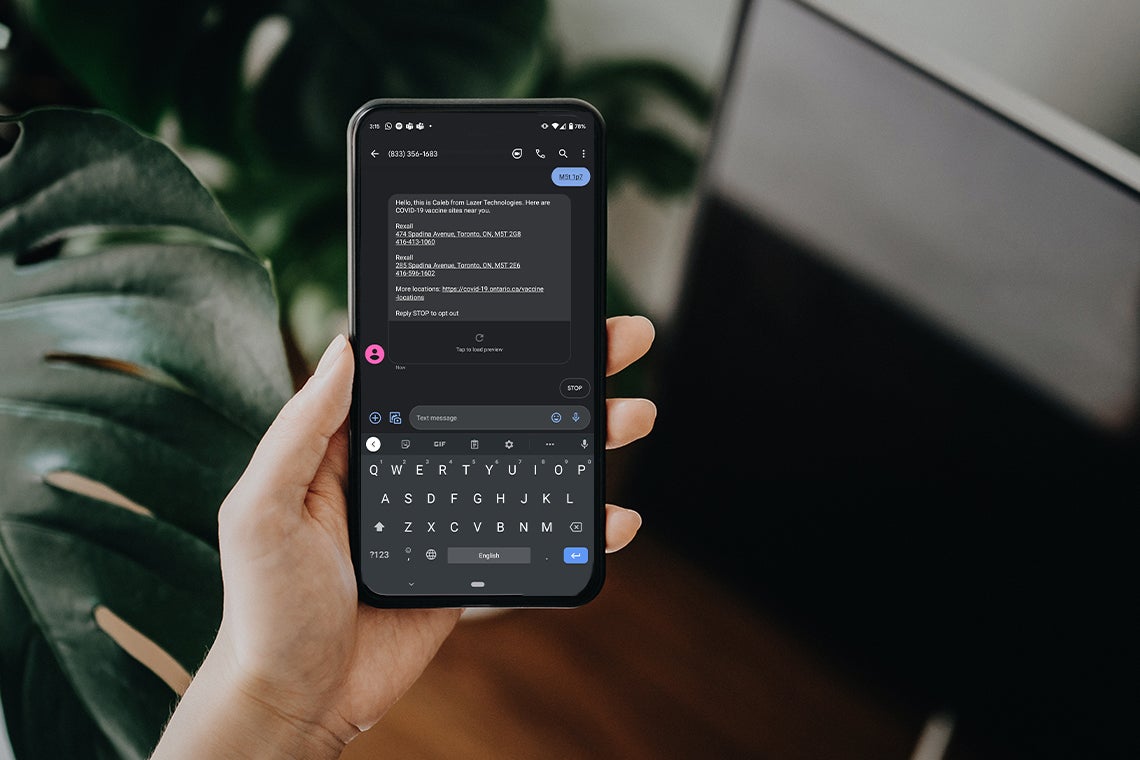 Equipped with a computer science and economics degree and driven by an urge to help, University of Toronto alumnus Zain Manji recently set out to see how quickly he could solve some of the confusion around COVID-19 vaccine availability.

“The response has been really, really great,” says Manji, who earned his honours bachelor of science in 2016 as a member of Innis College and developed Find My Vaccine with Ashish Yelekar.

“We get a ton of messages daily thanking us for making this tool, saying it’s made it so much easier to book a COVID vaccine. All these messages really make us feel great and it's super, super fulfilling.” 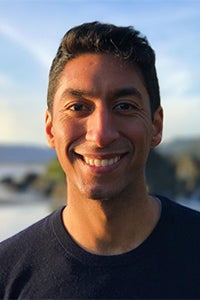 Find My Vaccine is simple: Users input or text their postal code to 1-833-356-1683 and immediately receive the addresses of the three nearest vaccine clinics. The site launched May 7 in Ontario and British Columbia and expanded to the rest of Canada on May 12, racking up more than 130,000 users in the first five days alone. Word spread in part through media coverage in the Toronto Star and CTV News.

It’s his first pandemic-related app, but, since 2019, Manji has been putting his computer science and economics background to good use with Lazer Technologies, the company he founded. With a team of product engineers with backgrounds from Facebook, Google, Instagram, Apple and more, Lazer has built digital products for such companies as the Weather Network, RBC and Air Miles.

Before that, he co-founded – and since sold – Fiix, a company that brought licensed mechanics to people’s homes for car repairs.

“Over the years, people absolutely loved the service,” Manji wrote of Fiix in September 2019. “We serviced over 8,000 customers, received over 500 5-star reviews, landed clients like Uber and Car2Go, helped mechanics earn twice the industry average, and overall, made the process of getting your car fixed significantly better than the standard.”

In 2017, he was one of four U of T developers named to the Developer 30 Under 30 list. The list, which celebrates Canada's next generation of software stars, was put together by Plastic Mobile and developers were profiled in Canadian Business magazine.

U of T wasn’t all work and no play, though. Manji was also the 2016 University of Toronto Male Athlete of the Year and the 2013-2016 Ontario University Tennis Singles Champion.

Today, he credits the combination of his two majors at U of T for much of his success.

“Computer science and economics are a great pair. When you're building an actual business, those two come in handy quite a bit – how to build a product but also how to grow a product,” he says.

Despite the success of Find My Vaccine, Manji says he hopes it’s the only COVID-19 app he makes.

“I'm hoping this whole COVID thing ends soon, so I don't want to plan another app, to be honest.”