Jane Philpott, Lisa Raitt and Megan Leslie to talk 'modern leadership' at U of T 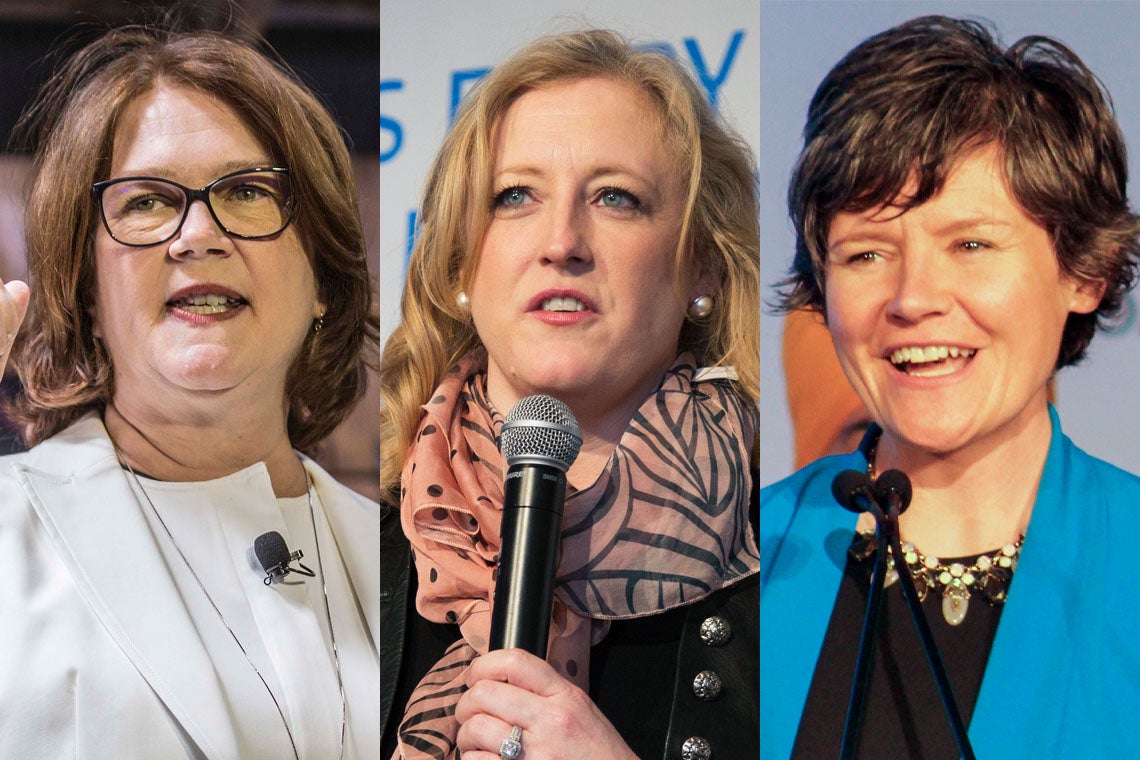 Veteran parliamentarians from Canada’s three major political parties will gather on stage at the University of Toronto next week to discuss what it takes to be a leader.

The event, on Jan. 20 at the Isabel Bader Theatre, is part of the Munk School of Global Affairs & Public Policy’s David Peterson Program in Public Sector Leadership Lecture Series.

The panel promises to bring a broad range of viewpoints and a lively discussion. Though legislators on Parliament Hill may often take opposing sides of fiscal or social issues, many hold their counterparts in high esteem and enjoy strong friendships outside of the office.

“You kind of have to have an unwritten rule – and sometimes it’s a spoken rule – on massive issues of policy that you won’t get into debate,” said Raitt. “Not that you won’t have serious discussions ... but the debate should stay inside the House of Commons.”

On what she’s most looking forward to in taking part in this event, Raitt says: “Seeing Jane and Megan again because I like them enormously as human beings.”

Philpott is excited about the dynamic of speaking with her political peers, but also interacting with students and alumni at the event.

“We will build diversity in leadership as people start to realize that you can carve your own path,” she said. “Even if there is nobody that looks or talks like you in a powerful position in this country right now, that doesn’t mean that you won’t find your way there.”

Raitt hopes the audience takes away an important lesson from the event.

“It’s okay to be brave,” she said. “Even when you’re punished for being brave, it’s still the right thing to do and you’re going to be okay.”

“I look forward to hearing their ideas about the secret sauce for showing leadership at all levels.”